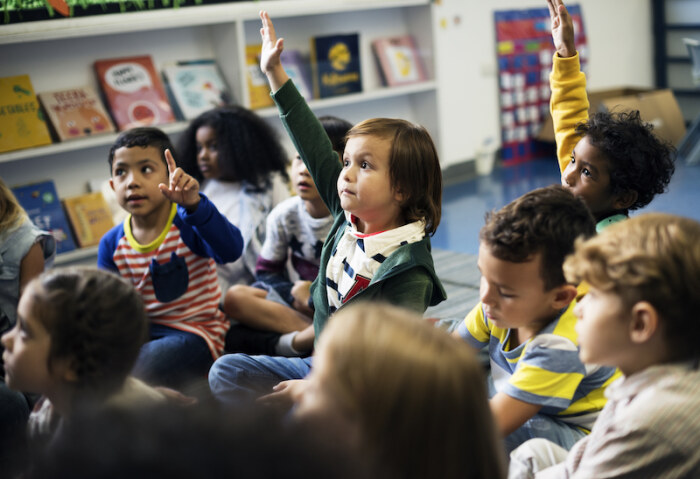 We need to appreciate teachers by protecting them

Bruce Lear: Iowa's public school teacher shortage is real. We need to do more than celebrate teacher appreciation week once a year.

I’m sure teachers enjoy all the fast-food discounts, coffee mugs, gift cards, and other trinkets they receive during teacher appreciation week.

But they need protection more than appreciation. They are becoming an endangered profession.

What teachers really need is a community who supports them in the face of political combat, and a school district committed to giving them time to prepare and teach while paying good wages and offering good benefits.

Unlike other professions, the bond between student and teacher often lasts a lifetime. Teachers care about their kids. Long after a teacher retires, if they run into some white-haired adult who used to be in their class, they'll call that person one of "my kids."

As an advocate for educators, I quickly learned the value of having older elementary teachers on the team, especially if we were trying to lobby a school board. More than once I saw a tough board member melt under the ferocious gaze of their former first grade teacher. It was powerful and effective.

Although that student/teacher connection is strong, the magic of the classroom can be displaced by disinformation, cynicism, and political ambition.

Polls show that teachers are respected. So, why do politicians, especially on the hard right, attack public schools and public school teachers? The short answer is it works.

Donald Trump perfected grievance politics in 2016, and fueled enough anger in enough states to win the electoral college vote. Trump's coat-tails helped Iowa Republicans win the trifecta in 2016 by seizing control of the state Senate. (They already held the governor's office and a state House majority.)

The first prong was to continue underfunding K-12 schools, which began when Republicans gained control of the House in 2011.

For more than a decade, state funding for public schools has not kept pace with rising costs. During this year's legislative session, with inflation hovering at more than 7 percent, and with a surplus of over a billion dollars, they managed to fund a whopping 2.5 percent increase for schools.

The second prong of the attack was to gut the public sector bargaining law in 2017. For more than 40 years, that law had given educators a voice at the bargaining table and created a fair way to resolve bargaining disputes. The new law silenced the voice of educators, so a district’s initial proposal could be its final contract offer.

The third prong of the Republican attack is to raise doubts about what’s being taught in public schools. Currently, anything that makes white conservative parents uncomfortable is fair game. Without defining Critical Race Theory, they’ve made it the catch all bogeyman. Never mind that this theory, sometimes taught in graduate or law schools since the 1970s, is as common in public schools as rotary dial phones in our homes.

When Republican legislators and Governor Kim Reynolds aren’t pretending that Critical Race Theory is being taught in third grade, they are trying to label any book they don’t like as pornography.

Here are some ways to begin:

Teachers are tired of self-serving politicians using them as political wedge.

We need to do more in Iowa than celebrate teacher appreciation week once a year. We need to protect the profession like we would protect an endangered species.

Iowa's public school teacher shortage is real. If we don’t wake up, we are going to have classrooms full of kids waiting to learn, and no teachers.