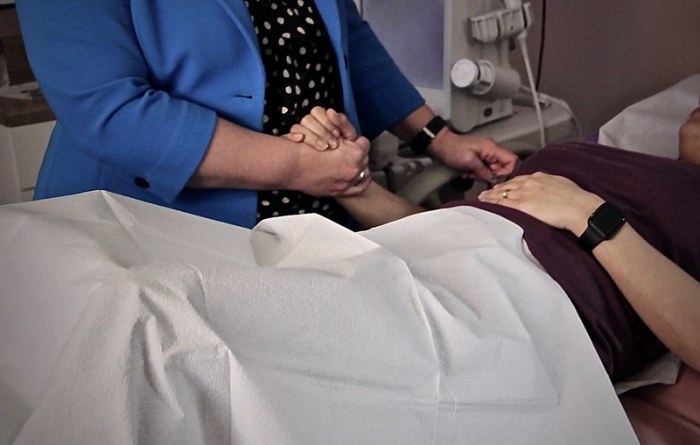 It’s conventional wisdom that Roe v Wade was a poorly written judicial decision. Not the first, nor the last.

I’m not a constitutional law scholar and I can’t say whether the weight of precedent should counteract the weakness of a poorly reasoned opinion. But each and every one of the conservative justices who can be expected to concur with the draft opinion overturning Roe assured senators during their confirmation hearing that the 1973 precedent was settled law, and that the principle of stare decisis carries such grave weight that the prospect of overturning “settled law” was unlikely.

But then, for anyone who believed what those potential justices said, I have the proverbial bridge in Brooklyn to sell you. It just isn’t relevant to ask whether future justices lied under oath, because everyone knew they were lying. It’s a game we play.

It turns out it’s OK to overturn Roe because, according to Justice Samuel Alito's draft opinion, it is not “deeply rooted in this Nation’s history and tradition.” So. Fifty years isn’t deeply rooted. There goes marriage equality and LGBTQ rights.

The country is just under 250 years old, so we’ll round up for purposes of easy math. One-fifth of our history doesn’t qualify as “deeply rooted.” Does two-fifths count? If not, there goes women’s right to vote, equal opportunity, contraception, and integrated schools. Not to mention the Pledge of Allegiance.

Three-fifths of the country’s age seems safe, since that number is steeped in American tradition. It was the proportion of being human assigned to enslaved people by the Constitution. The Constitution itself is a few years younger than the country, of course, but since it is the document from which the justices derive their own office, we will assume they believe it to be a valid, deeply-rooted tradition.

What did this country look like 150 years ago? It doesn’t quite take us to the legal slavery era, but it does land us in the middle of Reconstruction when lynching was rampant.

The question of abortion and birth control becomes irrelevant because in most of the country, women were still considered the property of their husbands, or fathers if unmarried. Women had very few rights, and certainly no right to health care. By the way, President Joe Biden signed legislation making lynching a federal hate crime about six weeks ago.

Alito’s draft opinion hinges on the argument that abortion is different, and uniquely so, because it involves “potential life.” He very sharply insists that overturning Roe would have no impact on other cases that depend on the Fourteenth Amendment (like same-sex marriage and interracial marriage) because, he says, they “do not involve the critical moral question posed by abortion.”

Left unmentioned is the fact that for many people, a host of issues pose “critical moral questions.” For instance, same-sex marriage. And I don’t think at this point we can consider it settled that all Americans have no moral issue with interracial marriage.

Nor is it impossible to find Americans who would gladly return to the days of forced sterilization, forcible administration of drugs or other medical procedures, and making it illegal to privately engage in what the Iowa State University College Republicans recently referred to as “social deviancy” (see below). For those Americans, primarily white Christian evangelicals, these are all questions of “critical moral” import.

The Supreme Court’s own precedents put the lie to this argument that abortion is unique, because the right of an employer to deny birth control for anyone on the employer’s health insurance plan has already been affirmed by conservative justices (Burwell v. Hobby Lobby).

Those who object to certain types of hormone regulation therapy do so on the basis that such interference in female hormones does not just prevent pregnancy, it kills a developing embryo - aka “potential life.” They make this assertion despite scientific evidence that they are just flat wrong. But the Court has said it doesn’t matter— if Hobby Lobby (or anyone else) really believes something is true, it may as well be true and therefore confers rights on the basis of that belief.

Any state that chooses to regulate female health care will have plenty of leeway to do a lot more than outlaw abortion.

Alito’s rejection of any equal protection clause application to the question of abortion is based on the argument that such regulation is not targeted to one sex. “The regulation of a medical procedure that only one sex can undergo does not trigger heightened constitutional scrutiny” unless such regulation is a pretext to engage in discrimination against women. That question, he says, has already been decided: regulation of abortion is not animated by any desire to discriminate against women.

How convenient—the regulation of something which affects mostly women can never be construed as discrimination against women. Does this mean that workplace protections for pregnant employees (weak as they are in any case) will not withstand a constitutional challenge from an employer who will argue that pregnant women are not entitled to protection? If being pregnant is enough to warrant equal protection in the workplace, why does being pregnant not warrant equal protection in general?

All of which of course leads to the same place: the need to codify the right to reproductive health care.

And that leads us to state-level elections. Iowa may have some time to get this right, because a 2018 Iowa Supreme Court decision struck down a 72-hour waiting period, on the grounds that the Iowa Constitution protects the right to have an abortion.

If that precedent stands (it is currently at risk in a pending case), then anti-abortion forces would have to amend Iowa’s constitution: a multi-step, multi-year process, requiring both legislative action and a public vote.

The way to keep health care for all Iowans legal in Iowa is to give political support to candidates who will not vote for a constitutional amendment to outlaw abortion in the state. You know what to do. Now vote.

Top photo taken on March 12, 2018 by Robin Marty. It’s part of her photoset of abortion care and clinics images, available via Flickr and published with permission.