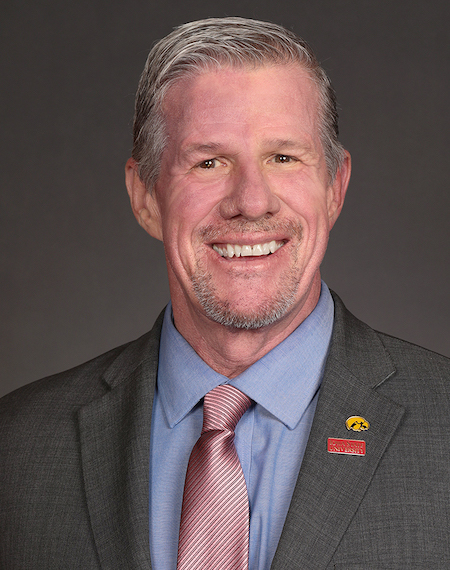 Governor Kim Reynolds has depicted her "Student First Scholarship" plan, which would divert some public funds to private schools, as a way to help lower-income Iowans. She told reporters in March that giving parents "the choice in their child’s education" should not "only be available to individuals who have the resources to do it. That is fundamentally wrong."

But Republican State Senator Brad Zaun acknowledged in his latest newsletter that state funds could pay "almost the full cost" of college for well-off families that stockpile "scholarship" money while paying for their kids' K-12 private school education.

Most years, the Iowa legislature completes its work in late April or early May. But lawmakers are not close to adjournment. The House has approved most appropriations bills for the coming fiscal year, but Senate Republicans have refused to advance any budget bills until the House passes the governor's voucher plan.

The Senate passed the latest version of school choice legislation in March, mostly along party lines. (Republican Annette Sweeney joined Democrats in voting no.) Senate File 2369 would fund 10,000 "Student First Scholarships" annually, with 5,000 intended for families with a household income not exceeding 400 percent of the federal poverty line, and 5,000 for students with an Individualized Education Program (a plan supporting students with some kind of disability).

The bill doesn't specify how much eligible students would receive; the nonpartisan Legislative Services Agency has estimated a typical student would receive $5,521 annually. That would require a state general fund appropriation of $55.2 million, starting in the fiscal year that begins July 1.

House leaders have not brought Senate File 2369 or any similar bill to the floor, because they are not close to finding 51 supporters among the 60 members of the GOP caucus.

Despite Reynolds' efforts to convince the holdouts, including through one-on-one meetings in her office, legislative sources estimate that anywhere from fifteen to 24 House Republicans are unwilling to vote for the bill. Not all have publicly revealed their position, but some have been transparent about their reasons for opposing the plan. During a recent debate with two primary challengers who support the governor's voucher proposal, State Representative Dennis Bush said he's the only candidate in the field "standing for the public schools."

Zaun is the longest-serving current Iowa Senate Republican and the third-ranking member of GOP leadership. As a "very vocal" supporter of bills to divert public funds for private schools, he made "school choice" the centerpiece of his latest weekly newsletter, which Jacob Hall published on May 5 at The Iowa Standard blog.

Zaun repeatedly uses the acronym "ESAs," which stands for education savings accounts. Some other Republican bills have used that euphemism for school vouchers. In this context, ESAs refers to accounts families could set up with their Student First Scholarship money.

Supporters have often compared the K-12 voucher plan to Iowa's longstanding tuition grants for students attending in-state private colleges. Along those lines, Zaun argued, "Iowa’s private colleges are able to accept state and federal scholarship and grant funding. It is time for us to allow parents to directly fund the program that is best for their child from an early age."

Immediately below that paragraph, Zaun included the following two bullet points. One of them was clearly not intended for public consumption:

Zaun's slip won't help Reynolds convince House Republican holdouts. On the contrary, his "for our caucus only" admission reinforces some of their arguments against the Student First Scholarships. Here's an excerpt from State Representative Chad Ingels' weekly newsletter of April 22:

Proponents say the scholarships are needed for families who can’t afford private school, however, a student from a family of four making over $100,000 would be eligible, while the median Iowa household income is about $62,000.

Unused funds in a student’s scholarship account can accumulate over time. Advocates say this program would be no different than the state providing Iowa Tuition Grants for college students attending private Iowa colleges. However, unused tuition grant funds don’t accumulate for use in another year. [...]

And finally, to fund the program the state continues to count the students as if they were still in the public school system and the taxpayer continues to pay. Currently, if a parent chooses private school or homeschooling for their child that student isn’t counted and the taxpayers aren’t charged for their education.

Critics of the voucher plan have noted that many rural Iowans don't live anywhere near a private school, and therefore couldn't choose another school. (The bill prohibits using Student First Scholarship money for transportation costs.)

As a group, rural Iowans are much less wealthy than residents of the northwest Des Moines suburbs that Zaun represents. They are also less likely to have a college degree. House Republicans from rural districts may ask why their constituents should subsidize "almost the full cost" of college for families that can pay full freight for private K-12 tuition and were already planning to do so.