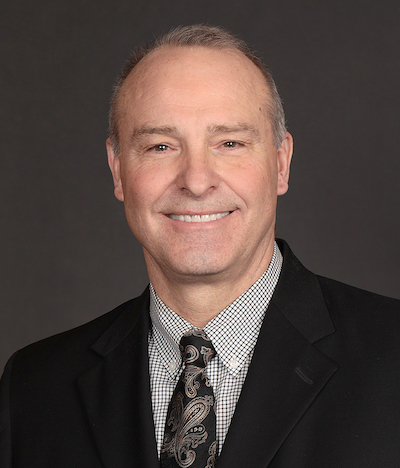 Republican State Senator Tim Kraayenbrink spread a notorious hoax about litter boxes in schools at a public forum on May 7. For days, he declined to apologize for his error or for his false claim that the media cover up the non-existent practice.

Seven superintendents in Kraayenbrink's district told Bleeding Heartland the senator has never contacted them regarding the rumor.

"THESE THINGS ARE HAPPENING IN IOWA ON A REGULAR BASIS"

The bill stalled in the Iowa House, where 20 or more Republicans are said to oppose the plan. Senate Republicans responded by refusing to advance any state budget bills, a core area of Kraayenbrink's responsibility as Senate Appropriations chair.

Wingert quoted Kraayenbrink as promoting the "school choice" plan as a way to "give parents and children more options" if they are not satisfied with their local public schools. He claimed,

Not in the Fort Dodge district, but in my Senate district, they’re requiring these schools to put kitty litter boxes in the bathroom [...] The thing is, these things are happening in Iowa on a regular basis and nobody knows about it, because the media doesn’t cover these things.

Of course, litter boxes have not been placed in any school bathrooms in Iowa or anywhere else. Nor are any schools accommodating students who supposedly identify as animals.

Kraayenbrink asserted that some evil force is "requiring" schools to put litter boxes in bathrooms, "on a regular basis." Not only that, he accused news organizations of failing to report on the practice.

As others have observed, fearmongering about school bathrooms seems designed to stir up animus toward transgender people. Kraayenbrink wasn't subtle, Wingert's account suggests.

At one point during the forum, Kraayenbrink told those in attendance that this bill is going to be easy to pass because of things happening in Iowa schools like the Linn-Mar Community School District in eastern Iowa recently adopting a policy allowing transgender students to use the restroom that aligns with their gender identity.

That tracks with what Keenan Crow of the LGBTQ advocacy group One Iowa told Kathie Obradovich of Iowa Capital Dispatch in February.

The real goal with comparing furries to trans people and bringing up stuff like this is, one, to make fun of furries and say, "Oh, aren’t they so silly. And oh, by the way, transgender identities are just as silly as this. And we should reject the request of a transgender student to use the restroom that matches their gender identity, in the same way that we should reject a student request to use a litter box."

"THIS NONSENSE CONTINUES TO MOVE FROM DISTRICT TO DISTRICT"

After the forum, the Messenger's Wingert tried to pin Kraayenbrink down on where litter boxes had supposedly been placed in schools. He texted back on May 8,

To follow up with you concerning your question, I had a conversation with a parent in the school district I was alluding to several months ago, which I took as confidential. I have not verified that conversation with school officials. With that being said, I wouldn’t feel comfortable identifying the district.

I found it odd that Kraayenbrink would not check with anyone about what he portrayed as a widespread practice. The senator did not respond to three emails over a four-day period seeking comment or clarification.

With minimal effort, I was able to speak directly to the superintendents of all but one of those districts. UPDATE: I heard from the last superintendent on May 13. All confirmed that neither Kraayenbrink nor his clerk had contacted them to inquire about litter boxes in schools. (Any state legislator would typically receive an immediate callback from school officials about possible problems.)

Most of the superintendents had heard of this hoax affecting other districts in Iowa but said locals had not raised the issue.

The exception was Humboldt Community School District superintendent Jim Murray. The rumor was prevalent enough in his community to prompt him to send a district-wide email in late January (enclosed in full below).

"There is no truth to the rumor," Murray wrote. "The district does NOT have any litter boxes in any building. Staff members are NOT encouraging or accommodating any students behaving/identifying as cats. Sadly, this nonsense continues to move from district to district."

It greatly disappoints me to send this email out considering the district's outstanding reputation for educating kids. If a rumor or social media post sounds outrageous, it is. When news about our school brings doubt or genuine concern, please encourage others to contact the building principal to seek the facts.

The Carroll Community School District's superintendent felt compelled to send a similar message to families in early February. The Carroll Times Herald reported at the time that the email said the "damaging" rumor "has done nothing but distract people from the important work that we need to accomplish on a daily basis.”

A Nebraska Republican lawmaker apologized for spreading the litter box rumor during legislative proceedings in March. In contrast, Kraayenbrink apparently feels no shame in using falsehoods to drum up support for school vouchers.

Pat Rynard observed a year ago that Iowa Republican politicians increasingly hype conspiracy theories and internet memes. I can't say whether Kraayenbrink knowingly lied about litter boxes at the weekend forum, but he was in no hurry to correct the record.

UPDATE: Wingert reported for the Messenger on May 12 that Kraayenbrink had sent the newspaper a statement saying he "misspoke" at the forum.

What I intended to say and what I was told by a constituent was, a school board in this area was asked to place these boxes in its bathroom but declined. Both the school board and the administration handled the situation appropriately. I do not want to cause unnecessary burdens for this district by further publicizing the issue.

I do not believe that any school board was asked to place litter boxes in bathrooms. I will circle back with superintendents to confirm.

Kraayenbrink added in the statement that he apologized for the "miscommunication" and didn't want to "distract from the incredibly important issue of school choice and empowering parents in their children’s education."

I am communicating to dispel the rumor that the school district has litter boxes in any of our school buildings to accommodate students identifying themselves as cats, "furries." There is no truth to the rumor.   The district does NOT have any litter boxes in any building. Staff members are NOT encouraging or accommodating any students behaving/identifying as cats.  Sadly, this nonsense continues to move from district to district.

It greatly disappoints me to send this email out considering the district's outstanding reputation for educating kids. If a rumor or social media post sounds outrageous, it is. When news about our school brings doubt or genuine concern, please encourage others to contact the building principal to seek the facts.

Providing students a safe, positive, and productive school environment is our highest priority. I always welcome your questions, especially when you hear anything that sounds doubtful.  Have a great weekend.