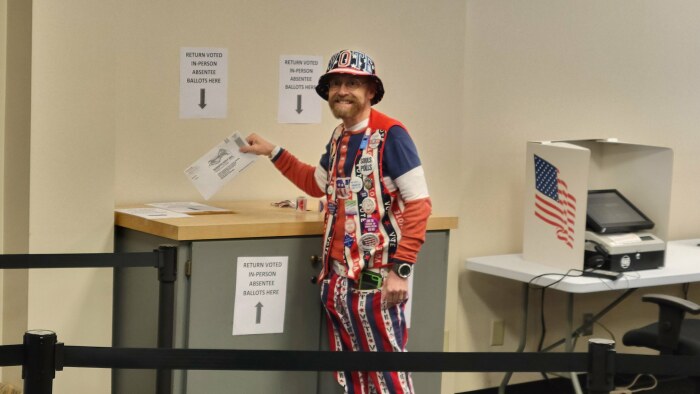 Vote early in Iowa—but not by mail, if possible

Early voting for Iowa's June 7 primary began on May 18. Voting before election day has many advantages. You don't have to worry about illness, work obligations, or a family emergency keeping you from casting a ballot. Once officials have recorded that you voted, you should stop receiving unsolicited phone calls and knocks at the door.

However, I now discourage Iowans from voting by mail unless there is no alternative. Recent changes to state law have greatly increased the risk of a mailed ballot never being counted.

For many years, Iowans had 40 days to cast ballots before an election. Voting by mail was relatively low risk. There was plenty of time to return the ballot to the county auditor. If a voter made a mistake when filling out the ballot, there was usually time for county elections staff to send them a replacement ballot, or alert them to the problem so they could come to the office to correct the error.

Iowa law also allowed late-arriving absentee ballots to be counted, if the postmark confirmed the voter had mailed the ballot prior to election day.

Procrastinators could get their completed ballots hand-delivered to the county auditor by any friend, neighbor, or campaign volunteer.

A law Republicans enacted in 2017 shortened the early voting window to 29 days, for no apparent reason other than to give Democrats (who were more likely than Republicans to vote before election day) two fewer weekends for "ballot chase." Despite the new schedule, many Iowans managed to vote early in 2018—more Democrats than Republicans and more women than men.

Voting by mail greatly increased during 2020 due to the COVID-19 pandemic and the Iowa Secretary of State's office sending absentee ballot request forms to all registered voters. Nearly 1 million Iowans voted early in the general election, according to the statewide statistical report. Most of them mailed their absentee ballots.

A Republican bill enacted in early 2021 restricted every aspect of early voting. Iowans now have less time to request ballots, and the first day county auditors can mail a requested ballot to a voter is 20 days before the election.

The last day voters can request or auditors can mail a ballot is now fifteen days before the election (May 23 for this year's primary). So if the voter makes any mistakes filling out a ballot received this week, it's unlikely a replacement ballot can be sent.

John Deeth, a longtime election worker in Johnson County, wrote in the Cedar Rapids Gazette last year that the compressed time frame "means anyone who is out of town or shut in who has any kind of problem - mail delay, spoiled ballot, any problem at all - is just out of luck. Twenty-nine days was barely enough time to fix these problems. We don't even learn about mail delivery problems for several days."

Compounding the barriers, absentee ballots must now arrive at the county auditor's office by 8:00 pm on election day. (Exceptions apply to a small number of voters, such as active duty military.) Even if a postmark proves an Iowa voter put the completed ballot in the mail a week or more before election day, the ballot won't be counted if it arrives late.

Rural Iowans are in greater danger of having their ballots tossed for this reason, because their mail often takes days longer to be delivered. For instance, Clayton County Auditor Jennifer Garms, the current president of the Iowa State Association of County Auditors, told Bleeding Heartland on May 18 that ballots mailed from her county are sorted in Waterloo or Cedar Rapids before coming back to Elkader. Similarly, an Adams County voter's ballot will be processed in Des Moines before coming back to the auditor's office in Corning.

Voters may also be disenfranchised for mistakes like forgetting to sign the affidavit envelope or forgetting to seal the secrecy envelope. County elections workers attempt to contact voters about such problems. But if there's no phone number or email on file, a voter will be sent a letter—that probably won't arrive in time to resolve the issue.

Under the previous law, friends or neighbors or volunteers could hand-deliver a completed absentee ballot to the county auditor's office. No more. Under current law, only the voter, someone living in the same household, or an immediate family member to the fourth degree of consanguinity can collect and return a completed absentee ballot for most Iowans. (Blind or physically disabled voters can designate someone else to return their ballot.) The restrictions on delivering ballots are being challenged in court but remain in effect while litigation is pending.

Iowans who have already requested a mailed ballot should return it as soon as possible, and take it to the auditor's office if they are able. But those who haven't committed to voting by mail should make a different plan to vote early.

BENEFITS OF VOTING EARLY IN PERSON

I have long preferred voting early in person, for several reasons. There are rarely long lines. After receiving a ballot, you fill it out right in the auditor's office, in an area shielded from other people’s view. If you make a mistake (like accidentally marking the oval for two candidates in the same race, or crossing something out on the ballot), you can tell an election worker and receive a replacement ballot immediately.

Because you turn in your completed ballot right away, mail delivery problems are not a factor.

All 99 Iowa county auditor’s offices are open for early in-person voting during regular business hours, starting on May 18 and running through Monday, June 6. Many of those offices will be open for part of the day on Saturday, June 4 as well.

I find it convenient to swing by the Polk County elections office when some other errand brings me to downtown Des Moines. If you know of someone in your community who doesn't drive or has mobility issues, you can offer to take that person to the auditor's office to vote early. Local candidates or county party organizations may also be able to organize rides for voters who need them and can't afford to pay for transportation.

Top photo of the first Polk County voter to cast a ballot on May 18 was posted on the Polk County Elections Office Facebook page.