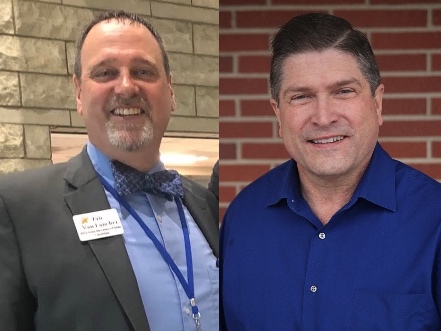 The gap has allowed Van Lancker to spend substantially more to raise his name ID ahead of the June 7 election.

Van Lancker also received $750 and $250 contributions from United Rural Democrats of America in March and $500 from the Great River Area Labor Federation PAC in April. He confirmed to Bleeding Heartland on May 21 that those donations are being returned, since Iowa law prohibits state candidates from accepting funds from political committees while the legislature is in session.

Most of the $36,524.24 Van Lancker's campaign spent during the latest reporting period went toward consultant services. He also purchased access to the Iowa Democratic Party's voter database. As of May 14, the campaign had $19,457.44 in the bank.

His latest filing with the Iowa Ethics and Campaign Disclosure Board reported expenditures of $6,783.23. The biggest line item was $4,500 to a consulting firm that coordinated his petition signature collection. (Some higher-profile Democratic candidates, who barely qualified for the primary ballot, should have invested in that kind of service.) As of May 14, Miller's campaign had $2,173.63 cash on hand, which isn't much to get the word out before the primary.

The Democratic nominee will face incumbent Secretary of State Paul Pate. He hasn't focused much on fundraising; he raised $38,400 during the 2021 calendar year and $17,012.94 during the first four and a half months of 2022. He also reported donations of $577.00 in kind during 2021 and a flight on David Barker's private plane this year, valued at $708.73. All of Pate's donors are individuals; gifts of $250 or more accounted for most of the funds raised.

The $8,286.30 Pate's campaign has spent since January 1 went mostly toward advertising, and last year's expenditures of $21,405.96 mostly covered consultant fees or printing costs.

As of May 14, the incumbent had $31,602.81 cash on hand. That's not much for a statewide race. However, Pate has loaned his campaign hundreds of thousands of dollars in past cycles and could presumably self-fund again if the need arises. His campaign has outstanding loans of $223,500, owed to the candidate.

P.S.—An advertisement created by the Iowa Secretary of State's office this month included the wrong date for the start of the early voting window. Pate's staff corrected the error after Van Lancker pointed it out, Ty Rushing reported for Iowa Starting Line on May 5. The Democrat told Starting Line, “Iowa SOS’s office needs to do better when providing our voters information about voting [...] Especially after the state legislature has already made it more difficult to vote in Iowa.”