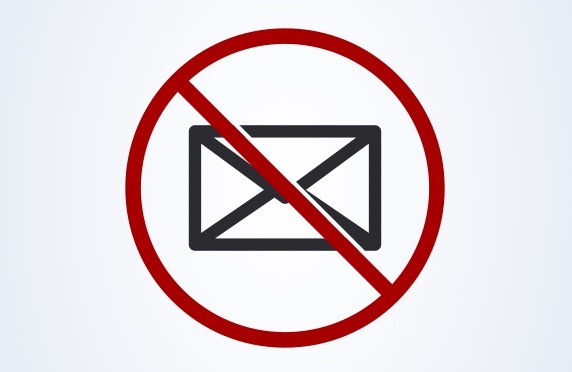 Iowa's June 7 primary election will be the first conducted under restrictions on absentee voting that Republicans enacted in 2021.

Two changes in particular greatly increase the risk that Iowans attempting to vote by mail will not have their ballots counted. First, all ballots must arrive at the county auditor's office by 8:00 pm on election day. Late-arriving ballots will not be counted, regardless of any postmark. So at this writing, it's far too late to safely put a ballot in the mail.

Second, Republicans made it much harder for voters to have someone else hand-deliver their completed absentee ballot.

If you have an ballot sitting at home, do not mail it on Monday. Here are your best options for making sure your vote will be counted.

1. Find a way to get to your county auditor's office by the June 7 deadline.

All 99 county auditors will be open during regular business hours on Monday, June 6, and will be accepting absentee ballots the day of the primary election up until 8:00 pm.

If you don't drive, see whether anyone you know can give you a ride to the office. This could be any person who might normally help with essential errands like getting to a doctor's appointment.

For Iowans who are mobile: now is a good time to check in on friends and neighbors to see if they need help turning in their ballot by Tuesday evening.

2. If possible under the new law, ask someone to hand-deliver your ballot.

In order to target Democratic "ballot chase" operations, Republicans passed absurd limits on turning in someone else's ballot. The League of United Latin American Citizens filed a lawsuit last year challenging these and other new voting restrictions, but the law remains in effect while litigation is pending.

Under a new code section approved on the final day of the 2021 session, most Iowans can have their ballot hand-delivered only by themselves, a person living in the same household, or "an immediate family member," which is defined as a relative "within the fourth degree of consanguinity or affinity." In addition to a parent, child, or sibling, that could include in-laws, cousins, nieces or nephews, grandchildren or great-grandchildren.

Importantly, it does not include friends, neighbors, or volunteers for a campaign or an organization like Meals on Wheels. For that reason, when this law was being considered, many groups expressed concern, including the AARP, Iowa Association of Area Agencies on Aging, Iowa Coalition Against Domestic Violence, and Disability Rights Iowa.

Thousands of Iowans live alone, don't drive, and have no family nearby. During the May 26 edition of Iowa Public Radio's "River to River," a caller from Fairfield describing herself as "a senior shut-in" was worried about returning her ballot. Her neighbor "always used to take it," she explained, and she didn't have blood relatives in the area.

As a guest on the program, I encouraged the caller to mail her ballot as soon as possible. But the voter wanted to watch a local candidate forum, which was scheduled for this past week, before making up her mind.

For the many Iowans in this woman's boat, the best option may be to find someone to drive them to the auditor's office. A county employee may be able to come out to collect the ballot curbside.

In theory, the new code section spells out one other possibility, if the voter is blind or has some physical disability:

A "delivery agent" can't be the registered voter’s employer or a representative of the voter’s employer or labor union, or a candidate for office or campaign volunteer. And that agent can't return "more than two completed absentee ballots per election."

I looked for a "designation of delivery agent form" on the Iowa Secretary of State's website, since the secretary of state is the "state commissioner" for elections. I found a page on voting with disabilities, and a brochure from 2018 (predating the new restrictions on absentee voting), but I couldn't find anything to download for using delivery agents. So I would be concerned about a ballot being rejected if an Iowan with disabilities attempted to use this option without having an official form.

It would be safer to get a ride to the county auditor's office.

If the county auditor is too far from where you live, there is one other way to vote in this primary.

3. Vote at your regular polling location on June 7.

For Iowans not living in or near their county seat, it may be more practical to find a ride to the precinct on Tuesday than to the county auditor's office. Iowans can find their polling place by using this tool on the Secretary of State's website or (if they have no internet connection) by calling their county auditor's office on Monday or Tuesday.

Precinct polling locations will be open from 7:00 am to 8:00 pm on June 7. Although Iowans cannot turn in a completed absentee ballot at a normal polling place, they can "surrender" the ballot there and receive a regular ballot to fill out, with assistance from a precinct worker if needed.

It's outrageous (and may be unconstitutional) that Republican lawmakers and Governor Kim Reynolds put up so many new barriers to voting by mail in Iowa. Hundreds of thousands of Iowans used that method in 2020, with no recorded "fraud" or threat to "election integrity."

Iowans, especially those with limited mobility, would be far better off if they could still ask a friend, neighbor, or volunteer to turn in their ballot. Or if a mailed ballot postmarked before election day could be counted if it arrived later in the week. But that's not the world we live in. For the general election in November, Iowans should avoid voting by mail if possible.