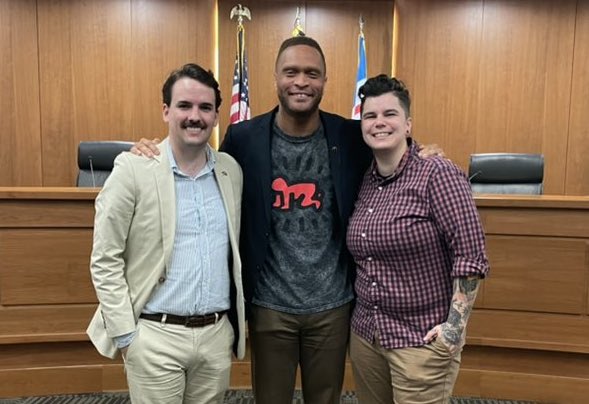 The Linn County Board of Supervisors voted on June 13 to "prohibit any efforts by service providers to change sexual orientation and/or gender identity of minors, including conversion and reparative therapy," in unincorporated areas of the county.

"Conversion therapy" refers to efforts to change a person's sexual orientation or gender identity and has been widely discredited as ineffective and traumatizing for youth. Associations representing medical professionals, counselors, and therapists have denounced the practice for many years.

Supervisor Stacey Walker led efforts to pass the ordinance, and Supervisor Ben Rogers (also a Democrat) provided the second vote in favor. When the board considered the third and final reading, Walker said the policy "will save lives" and described it as "a moral imperative for all policymakers who take seriously their job of protecting the health and welfare of the people."

The ordinance governs unincorporated areas of Linn County only; the board of supervisors lack jurisdiction to ban such practices within cities.

The only city in Iowa that has banned conversion therapy for minors is Davenport, which approved an ordinance in April 2020. In a news release, Walker expressed hope that other local governments would "follow our lead."

Walker told Bleeding Heartland that he was not aware of anyone practicing conversion therapy in Linn County. Under the ordinance, violating the ban would incur a civil penalty of $750, with separate offenses of $1,000 for each day in violation.

Republican Supervisor Louie Zumbach voted against the ordinance, saying in a statement, "I believe this is a state-level issue that should be decided by the state." A former member of the Iowa House, Zumbach predicted the state legislature may take up the matter of local governments "overstepping authority" in this area, Gage Miskimen reported for the Cedar Rapids Gazette.

Since 2017, the Republican-controlled legislature has banned various kinds of city or county government actions, including minimum wage hikes, regulations on plastic bags, ordinances banning "source of income" housing discrimination, and mask mandates to limit the spread of COVID-19.

Iowa Safe Schools representatives on Monday said the issue was brought to their attention by local students, including LGBTQ groups in the Linn-Mar school district in Marion.

“We support LGBT youth in all 99 counties,” Iowa Safe Schools Director of Public Policy and Communication Damian Thompson said. “The students requested this ordinance, and our job is to make sure their voices are heard.”

Iowa Safe Schools executive director Becky Smith thanked the supervisors for "standing up for LGBTQ youth during Pride Month." The group will keep working to outlaw "this barbaric practice," she said, because “Protecting our children from physical and psychological abuse should never be up for debate."

Linn County's action is a welcome news amid a discouraging political climate for LGBTQ Iowans and especially youth. Earlier this year, Republican lawmakers and Governor Kim Reynolds enacted a law discriminating against transgender girls and women in sports. At the Iowa GOP's state convention on June 11, Reynolds again punched down on LGBTQ people while complaining about public schools: “Drag shows for young kids, pornographic books in school libraries, elementary school lessons on pronouns and, sadly, the list goes on. This has to stop."