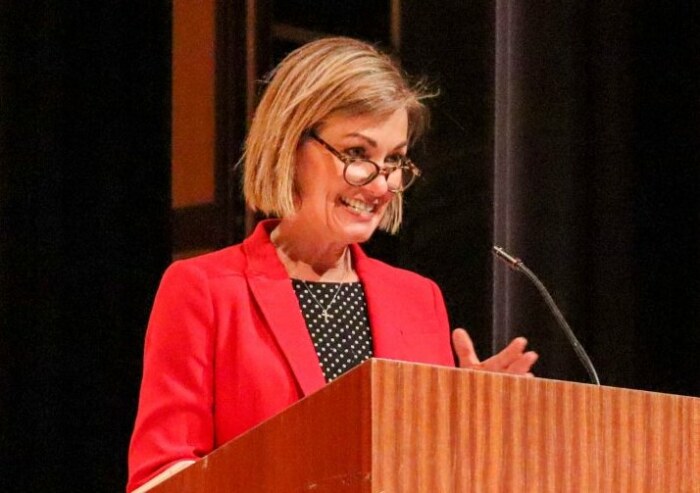 In another end run around the Iowa Senate confirmation process, Governor Kim Reynolds has named Cheryl Arnold to serve on Iowa's Public Relations Board (PERB), which adjudicates labor disputes within state and local government or school districts.

The governor's office has not publicly announced the nomination, and at this writing, the board's website lists only one member (Erik Helland) on what Iowa law designates as a three-person board. Reynolds informed Secretary of the Iowa Senate Charlie Smithson about Arnold's appointment in a letter dated August 15, which Smithson provided to Bleeding Heartland.

Arnold previously served as chair of the PERB for a little more than a year. She left the position after Iowa Senate Democrats voted against her nomination near the end of the 2020 legislative session. Appointments subject to Senate confirmation need a two-thirds vote for approval, giving Democrats the power to block nominations while in the minority.

During the debate on Arnold's confirmation, which begins shortly before 8:00 pm on this video from June 2020, Democratic State Senator Todd Taylor noted that the nominee's experience as a former Appanoose County supervisor is largely "not with the unions she would be dealing with" as a member of the state board. He added that the PERB's responsibilities became "vastly different" after Republicans revised Iowa's collective bargaining law in 2017.

The Iowa Senate has not confirmed any appointees to PERB since the collective bargaining changes took effect.

For more than two years, Reynolds has kept at least one of the PERB's three positions open at any given time. Not filling every vacancy has allowed the governor to keep her preferred members on the body without Senate approval.

The governor's letter to Smithson states that Arnold "replaces Erik Helland." That's technically correct, but obscures the games Reynolds has been playing with this body.

The governor just named Arnold to a position with "a four-year term that expires on April 30, 2024." That's the spot to which she appointed Helland in the spring of 2020. It has been vacant since July 2021.

Reynolds withdrew Helland's nomination near the end of the 2021 legislative session, when it was clear he did not have enough votes in the Senate. Two months later, she named him to chair the PERB, a position with a term ending on April 30, 2022. She withdrew that nomination on the final day of this year's legislative session.

As Bleeding Heartland revealed in July, the governor then moved Helland to the position previously held by Jane Dufoe, another appointee who was not confirmed by the Iowa Senate.

To recap what's happened with a board that is required by statute to have three full-time members:

The governor's spokesperson did not respond to several inquiries about Arnold's appointment. I will update this post as needed if I receive answers to questions such as: why does Reynolds keep reappointing people who lack sufficient support in the Iowa Senate? What is the basis for bypassing the Senate confirmation process? Aren't there other Iowans who could serve on PERB?

Top photo of Governor Kim Reynolds cropped from a picture published on her official Facebook page on June 16.