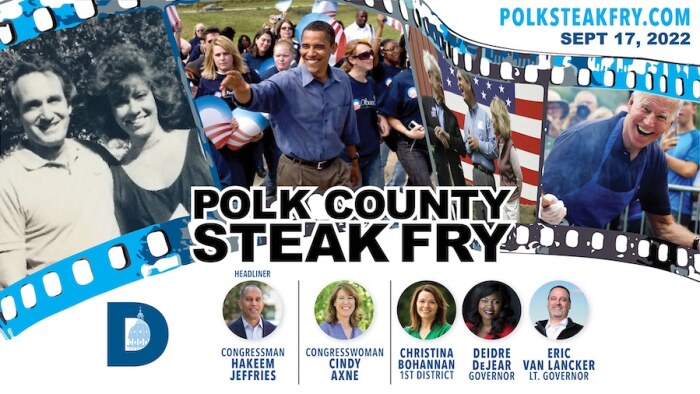 Some Democratic activists have wanted to cut ties with Hy-Vee since Gwen Hope reported for Bleeding Heartland three years ago that the grocery chain's PAC has favored GOP candidates and committees. In particular, the Hy-Vee PAC gave the Republican Party of Iowa $25,000—the PAC's biggest donation in a decade—shortly before President Donald Trump headlined an Iowa GOP fundraiser at Hy-Vee's facility in West Des Moines during the summer of 2019.

The Center for Responsive Politics' OpenSecrets database shows a consistent pattern: GOP candidates have received the vast majority of Hy-Vee PAC dollars in recent election cycles. Between 75 percent and 90 percent of donations to federal candidates benefited Republicans. The PAC did support a few Democrats seeking federal offices, but most of those were running in other states.

The last Iowa Democratic candidate for a federal office to receive a Hy-Vee PAC contribution was U.S. Representative Dave Loebsack. Hy-Vee gave his campaign money during the 2016 and 2018 election cycles, when the GOP was not targeting his seat. In 2014, when the second Congressional district was a target, Hy-Vee gave $2,500 to Loebsack's Republican challenger, Mariannette Miller-Meeks.

During the 2020 election cycle, Hy-Vee's PAC contributed to three GOP challengers for U.S. House seats: Ashley Hinson, David Young, and Randy Feenstra. So far this cycle, the PAC has given $6,000 to Hinson's campaign, $3,500 to Feenstra's, and $2,500 to Miller-Meeks'.

U.S. Representative Hakeem Jeffries of New York will headline this year's Steak Fry on Saturday, September 17 at Water Works Park in Des Moines. The Polk County Democrats say they won't be selling tickets at the gate; attendees must buy in advance. Tickets start at $35 apiece, and there are chicken and vegan options as well as steak.

Gates will open at noon, with the speaking program scheduled to begin at 1:00 pm. In addition to Jeffries, candidate speakers will include U.S. Representative Cindy Axne (IA-03), State Representative Christina Bohannan, the Democratic challenger in IA-01, and the Democratic nominees for governor and lieutenant governor, Deidre DeJear and Eric Van Lancker.

UPDATE: The Iowa Democratic Wing Ding, a large fundraiser for many county parties held in Clear Lake, also replaced Hy-Vee as its caterer for this year's event, which was held on August 12.