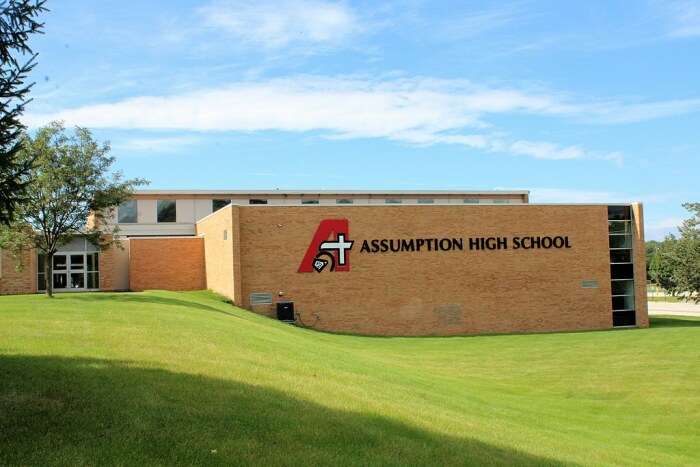 So many questions, but so few answers

You don’t need a crystal ball to see that private school vouchers appear to be barreling toward passage during the third week of the Iowa legislature's 2023 session. These vouchers, or education savings accounts, or whatever you want to call them, would give parents $7,600 per year for each of their kids to attend a private K-12 school.

Although the outcome has been easy to foresee, it has not been easy to get answers to the many questions being asked across the state as Iowa lawmakers move toward this landmark change in education.

Some questions that deserve answers include:

Do Governor Kim Reynolds and other proponents really believe more than $900 million can be siphoned away from Iowa’s 327 public school districts over the next four years for vouchers without harming the public schools?

The premise is to give parents a choice of where their children will be educated. Don’t parents already have a wide range of options if they can't afford the tuition at a private school—from enrolling their kids in an adjacent public school district at no cost, to home-schooling, or enrolling them tuition-free in Iowa Connections Academy or Iowa Virtual Academy, Iowa’s two online public schools?

If a child has learning disabilities or behavior issues, or if English is not the child’s native language, do vouchers serve their intended purpose when a private school can turn these children away without any recourse for the parents? When that occurs, what happens to the governor’s “school choice” message?

Forty-one of Iowa’s 99 counties do not have any private schools. How will vouchers help students in those counties, especially when voucher money cannot be used to pay for the expense of driving to a private school in another county?

Do supporters of the governor’s proposal really think state tax revenues will be sufficient to allow the legislature to allocate $340 million per year for vouchers indefinitely?

What happens when the income tax cuts lawmakers approved in 2022 fully take effect over the next few years? Those tax cuts will reduce the state general fund revenue by about $2 billion—a reduction of about one-fifth.

Won’t the combined effects of the cost of vouchers and the reduced income tax revenue put an excruciating squeeze on the state government’s budget needs? Won’t that squeeze make it nearly impossible to maintain the services that Iowans have come to expect—from state law enforcement, to the courts, state parks, community colleges and state universities, to health care for the poor, and the public schools?

Why are Governor Reynolds and Republican legislative leaders adamant to get the voucher program approved before the nonpartisan Legislative Services Agency completes its cost analysis—especially without an estimate of how much the state will pay a for-profit company that is still to be chosen to manage the voucher applications and payments? (Editor's note from Laura Belin: The Legislative Services Agency published its fiscal analysis shortly before the House and Senate convened on January 23. But the fiscal note does not include all costs, such as payments to the third-party vendor that will be selected to manage the program.)

Might the governor and Republican leaders be rushing to get proposal approved before Iowans fully understand the cost and the consequences, and can express their opinions when their senators and representatives are back home on the weekends?

The governor and proponents of vouchers have talked about Iowa's ”failing” public schools. Shouldn’t these officials be called on to cite specific examples of failures, so Iowans know whether the concerns are legitimate or exaggerated?

The latest plan is the governor’s third version of a voucher program. It is by far the most expensive. There will be no income eligibility limits beginning with the third year, so parents earning $15,000 a year who have been sending their kids to a public school receive vouchers of the same amount as parents earning $500,000 a year who already send their kids to private schools.

How does the governor justify giving vouchers to the wealthiest Iowans when other forms of state assistance—such as unemployment benefits, health insurance for the poor, food assistance for low-income people—have been pared back to cover fewer people, or for a shorter duration, because of worries about the sustaining the cost?

Proponents of vouchers point to the governor having a mandate to enact this proposal. Would people who voted for Reynolds have had a change of heart at the ballot box if she campaigned on providing an unlimited number of vouchers, with no income ceiling for eligibility? Remember, during the campaign the voucher plan on people’s minds was the one that died in 2022 for the lack of enough Republican support. It would have capped the cost of the vouchers at $55 million, and would have covered 10,000 students a year.

My friend Floyd was educated in the Catholic schools in Winneshiek County long before Kim Reynolds was born. His parents chose the church schools over the public schools because they wanted him and his siblings to have a solid religious foundation to their education.

Floyd opposes the governor’s vouchers for one simple reason: He thinks tax money should be used for public schools, not for church schools, nor for schools that might be started by for-profit corporations.

“Education in Iowa may need some fixing, but the law now under consideration is not the answer,” he wrote to friends last week.