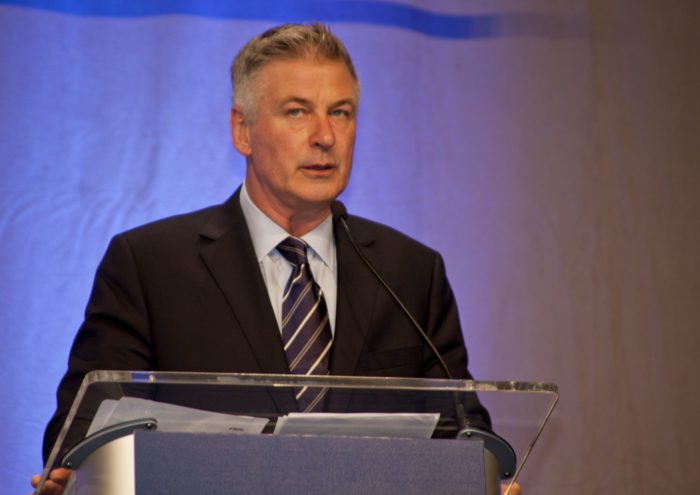 Everyone could have guessed Alec Baldwin would get Iowa Democrats laughing with jokes at President Donald Trump’s expense.

But who would have predicted the serious part of the actor’s speech would evoke an even stronger response from the crowd?

Follow me after the jump for audio and highlights from Baldwin’s remarks and those of the seven Democratic candidates for governor, along with Stefanie Running‘s photographs from a memorable evening in Des Moines.

Since the latest deadline for state legislative candidates to report to the Iowa Ethics and Campaign Disclosure Board passed on May 19, I’ve been going through the forms filed by incumbents or challengers in potentially competitive races.

Some of the contribution totals were much lower than I expected to see.

Follow me after the jump for ten Iowa House or Senate incumbents who haven’t been focused on fundraising, even though they could face tough re-election campaigns.

Iowa Democrats are chattering away on social media about the “50 Most Wanted” list Jennifer Jacobs wrote for today’s Sunday Des Moines Register.

The Iowans who made the “50 most wanted” list are influencers who can slap together a house party and get more than 40 people to show up to meet their candidate. A dozen are paid political operatives – the ones who not only know the Iowa terrain best, but also know how to organize a 99-county campaign, build buzz and a perception of momentum, and win over caucusgoers. Dozens more influencers not mentioned here will be highly sought after for their guidance.

Jacobs’ list includes many household names but also donors and activists who rarely attract public notice, even though they are influential in their communities (such as Kim Weaver in northwest Iowa and Kurt Meyer in northeast Iowa). State Senate Majority Leader Mike Gronstal is number one on the list, and while he is certainly the most powerful Iowa Democrat overall, he’s probably not the most important “get” for a presidential campaign. The rest of the top ten: U.S. Representative Dave Loebsack, Attorney General Tom Miller, retiring Senator Tom Harkin and his wife Ruth Harkin, U.S. Secretary of Agriculture and former Governor Tom Vilsack and his wife Christie Vilsack, Iowa secretary of state candidate Brad Anderson, major donor Jerry Crawford, and Dr. Andy McGuire, a possible future Congressional candidate or perhaps chair of the Iowa Democratic Party.

Incidentally, Jacobs put Bruce Braley’s Senate campaign manager Sarah Benzing in the number 50 slot, but I believe she will be more sought after by future Democratic candidates than many others who are higher up on this “most wanted” list. The Braley campaign’s biggest problems can’t be pinned on Benzing. Moreover, she has run three successful U.S. Senate races, including Sherrod Brown’s 2012 campaign in Ohio–a state with a notoriously weak and dysfunctional Democratic Party.

The huge bill to keep the federal government funded through next September has drawn most of the political news coverage this weekend. Retiring Representative Tom Latham was the only Iowan to support this bad bill in the U.S. House. Both of Iowa’s U.S. senators voted against it last night.

Today Democratic candidate Jim Mowrer launched the second television commercial promoting his campaign in Iowa’s fourth Congressional district. The video and transcript for “Together” are after the jump. Like the first Mowrer ad, this 30-second spot is running district-wide on cable and on broadcast television in Des Moines and Sioux City. As in the first ad, the candidate speaks in his own voice, which sounds more approachable to me than ads using a professional announcer. Although Mowrer doesn’t mention Republican incumbent Steve King directly, the theme of working together in a non-partisan way is a subtle dig at King, well-known for fighting almost any cooperation or compromise with Congressional Democrats.

King’s 2012 challenger, Christie Vilsack, also tried to run as a coalition-builder, in contrast to politicians who “scramble to the TV cameras to stir the pot.” We’ll see whether Mowrer’s campaign can convey that message more effectively than Vilsack did. I will say that this Mowrer spot is ten times better than Vilsack’s second commercial, which featured an odd “seven-layer salad” analogy.

Representative Steve King’s views about a path to legal residence for undocumented immigrants continue to make national news. Follow me after the jump for more comments and recent reports.