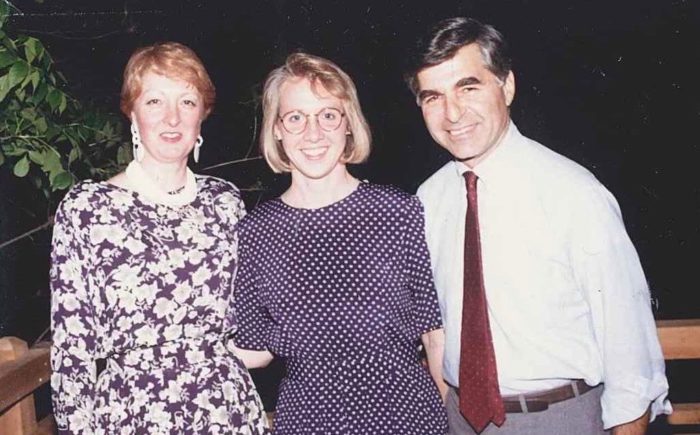 Words of wisdom from Julie Stauch, a veteran of many Democratic campaigns. -promoted by desmoinesdem

To my friends who put your heart into supporting Nate Boulton – this post is for you.

I went to my first caucus in support of Gary Hart in 1984. Then, in 1987, the Monkey Business photo came out and he was out of the presidential race. I can remember the date – May 8. I had been volunteering for him for a little over two months and was rocked by the whole event. My response was – “I’m done. I’m not going to do this again.”

Claiming to have “a broad, statewide network that can work together to defeat Chuck Grassley,” former Lieutenant Governor Patty Judge today released a list of nearly 60 prominent Iowa Democrats supporting her candidacy for U.S. Senate. I enclose below the full campaign statement, which highlighted endorsements from:

• “every living Democratic woman to hold a statewide office in Iowa,” namely former Attorney General Bonnie Campbell, former Secretary of State Elaine Baxter, and former Lieutenant Governors Sally Pederson and Jo Ann Zimmerman. Gender will be a factor for many Iowa Democrats weighing their choices in the four-way IA-Sen primary.

• While Judge’s list is heavy on Iowans who backed Hillary Clinton for president, it includes some well-known Bernie Sanders endorsers like Gluba and Henry.

• Judge has not peeled away any of the 61 Democratic state lawmakers (including 25 women) who endorsed State Senator Rob Hogg for IA-Sen earlier this year, before the former lieutenant governor and Iowa secretary of agriculture was known to be considering this race.

Any comments about the Senate campaign are welcome in this thread. With all respect to Judge and the women and men named below, someone who aligned herself with the Iowa Farm Bureau against efforts to clean up waterways will never get my vote in a Democratic primary.

P.S.- I got a kick out of seeing both Joe Henry and Des Moines activist Sean Bagniewski on Judge’s supporter list. Less than two weeks ago, they were key players on opposite sides in the epic drama also known as the Polk County Democratic Convention.