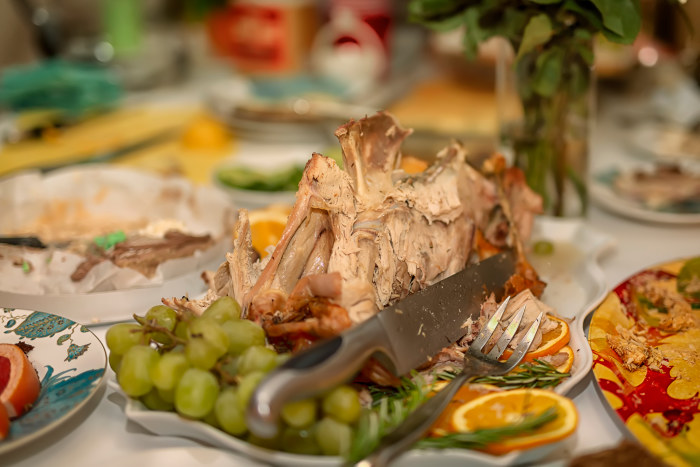 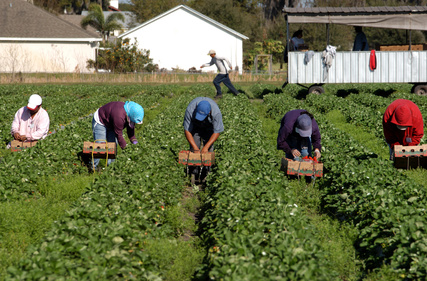 Merry Christmas to all in the Bleeding Heartland community who are celebrating today. After unseasonably warm weather for most of December, snow arrived in time to produce a white Christmas for many Iowans. We didn’t get enough accumulation for sledding in central Iowa, but the trees look lovely. This is an open thread: all topics welcome.

The Des Moines Register ran this version of the Christmas story from the New King James Bible on the front page of today’s Iowa Life section. The date that Jesus was born remains unknown; Andrew McGowan offers one historical perspective on how December 25 came to be celebrated as Christmas. Also unknown are the number of wise men (not identified as kings in scripture) who reportedly came to look for the baby just born. The nature of the star of Bethlehem has been a hot topic of debate among religious historians. Apparently it was not Venus, Halley’s comet, a supernova, a meteor, or Uranus. Kenneth Bailey’s discussion of the manger and the inn is worth a read. In his view, the birthplace of Jesus was likely a private home, which may have been in a cave.

After the jump I’ve enclosed the video of Mike Huckabee’s famous “floating cross” Christmas-themed television commercial, which aired soon after he became the Republican front-runner for the 2008 Iowa caucuses. When Huckabee launched his second presidential campaign, I didn’t see him winning the Iowa caucuses again, but I expected him to retain a solid chunk of social conservative supporters, having retained high name recognition as a Fox News network show for years. I never thought we’d see Huckabee languishing below 3 percent in the Iowa polling average, below 2 percent in the South Carolina polling average, off the stage for prime-time debates, and reducing staff salaries for lack of money.

My family doesn’t celebrate Christian holidays, but we did enjoy noodle kugel last night while listening to the Klezmonauts’ “Oy to the World,” the only Christmas music we own and to my knowledge, the only collection of Christmas songs done in the klezmer style. If you love “Jewish jazz” and holiday music, I also recommend the Klezmatics album “Woody Guthrie’s Happy Joyous Hanukkah.” It’s true, the legendary American folk singer wrote lots of Chanukah-themed lyrics. Members of the Klezmatics set Guthrie’s words to new music.

Final note: The peace wreath image at the top of this post originally appeared at the Paint Me Plaid website. The peace symbol first became popular in this country during protests against the Vietnam War, but like so many of our political traditions, it has roots in the United Kingdom–in this case, from the 1950s British anti-nuclear movement. 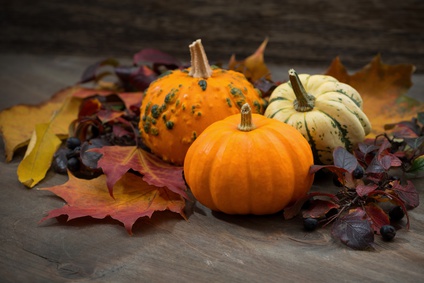 What’s on your mind this long weekend, Bleeding Heartland readers? This is an open thread: all topics welcome.

Thanksgiving has been a national holiday on the last Thursday in November since 1869. I didn’t know that President Franklin Delano Roosevelt caused an uproar when he tried to move the date a week early in 1939, hoping to stimulate the economy.

For many people, Thanksgiving is inextricably linked to certain food traditions. One of them is leftovers the day after the feast. Please share your own favorite recipes for leftovers in the comments. Des Moines restauranteur George Formaro offered three of his favorite uses for extra turkey here. Most years I make soup on the day after Thanksgiving. Here are four ideas, two of which would work for vegetarians as well as for omnivores. We had a smaller gathering than usual yesterday, so I baked chicken rather than a turkey. I made curried butternut squash soup early in the day; this recipe also works well with canned pumpkin. I didn’t make cranberry sauce this year, but when I do, I like to mix the leftover sauce with apples for a pie a day or two later.

Matt Viser published a fantastic piece in the Boston Globe this week: “Michael Dukakis would very much like your turkey carcass.” Turns out the former Massachusetts governor and Democratic nominee for president in 1988 “collects Thanksgiving turkey carcasses to make soup for his extended family for the year to come.” I enclosed excerpts from Viser’s piece below, but do click through to read the whole thing. The Dukakis family recipe for turkey soup is simple and easy to adapt to personal tastes.

Ideally, everyone could have a restful and enjoyable Thanksgiving, but the holiday season brings extra stress to many. Some tips for battling anxiety or depression this time of year are here and here. The first holiday season after a major bereavement can be particularly difficult for mourners; Compassion Books has hundreds of resources for people coping with “serious illness, death and dying, grief, bereavement, and losses of all kinds, including suicide, trauma, sudden loss, and violence.” A separate section inclues age-appropriate books for children who have lost a parent, sibling, grandparent, or even a treasured family pet. Carol Staudacher’s book of short meditations, A Time to Grieve, has been a source of comfort to me at difficult times. Whether or not you are religious, Harold Kushner’s verse by verse analysis of the 23rd Psalm is fascinating and provides some helpful perspectives on grieving.

I hope everyone in the Bleeding Heartland community had a good Thanksgiving holiday and is enjoying the weekend, however you prefer to celebrate. For those who still need to use up leftovers, I’ve posted a few ideas for soup here and my favorite thing to do with extra cranberry sauce.

Winter storms and “Black Friday” shopping have dominated newscasts for the past day or two, but the big story of the week was the St. Louis County grand jury declining to indict Officer Darren Wilson in connection with the August 9 shooting death of Michael Brown, an unarmed 18-year-old. I cannot imagine how awful it would be to lose a child in that way, knowing that the person responsible will never even stand trial. Whether or not you believe Wilson acted improperly, there was clearly enough evidence to indict him. Let a jury sort out whether he is guilty beyond reasonable doubt at a criminal trial. Signs point to the prosecutor not even trying to get an indictment. A New York Times graphic I’ve posted below shows “what was different about the Ferguson grand jury.”

Not surprisingly, there was unrest in Ferguson for two nights following the grand jury’s announcement. Most of the protesters there and elsewhere were peaceful, despite feeling intense anger. However, some looting and burning incidents provided fodder for Officer Wilson’s sympathizers to portray those who protested Brown’s death as “thugs” or worse. I mostly avoided social media arguments over the Ferguson case but saw many people talk about blocking or unfriending racists in their feeds. Spectra Speaks wrote this counter-intuitive post: “Dear White Allies: Stop Unfriending Other White People Over Ferguson.” It’s worth a read.

A common thread in many online arguments over Ferguson was someone reacting negatively to the phrases “white privilege” or “check your privilege.” For people who don’t understand what that means, Des Moines-based writer Ben Gran spelled it out:

White privilege exists for all white people, even poor whites.

“White privilege” means that there are certain HORRIBLE things that are MUCH LESS LIKELY to ever happen to you because you’re white.

UPDATE: PBS published an outstanding chart comparing “several key details” of Officer Wilson’s version of events to testimony various witnesses provided during the investigation. The chart “doesn’t reveal who was right or wrong about what happened that day, but it is a clear indication that perceptions and memories can vary dramatically.”

Iowa could do so much better with local food availability

Agriculture is and always has been a major part of Iowa’s economy, but given our abundance of world-class farmland, we could do much more to make local food available to Iowans. When the non-profit food advocacy group Strolling of the Heifers introduced its “Locavore Index” two years ago, Iowa ranked second only to Vermont in terms of local food availability. At that time, the index measured per-capita presence of Community-Supported Agricultural enterprises and farmers markets.

Last year, Strolling of the Heifers added a third component to the index: the per capita presence of “food hubs,” those “facilities that handle the aggregation, distribution and marketing of foods from a group of farms and food producers in a region.” Iowa dropped to fifth place on the Locavore Index.

For 2014, Strolling of the Heifers added a fourth component: the percentage of school districts with Farm-to-School programs, according to U.S. Department of Agriculture data. Sadly, only 31 percent of Iowa school districts have a Farm-to-School program, putting us below many states with insignificant agricultural output compared to Iowa. We should be doing better seven years after the state legislature first funded Farm-to-School efforts. While our state is still strong in farmers markets per capita, our national rank on the Locavore Index dropped to tenth.

August and September are arguably the best months to shop at Iowa farmers markets. With peak late-summer produce being harvested around the start of the academic year, it’s a shame more Iowa students don’t have access to fresh, local food. We should have more flash-freezing facilities to make it easier for larger facilities to buy local as well–not just public school districts but also nursing homes, hospitals, colleges and universities. Iowa State University Extension and Outreach “provides technical assistance to school food service staff” in six northeast Iowa counties. Here’s hoping that project will expand statewide.

After the jump I’ve posted the Strolling of the Heifers chart showing all state-level data on local food availability. I added the group’s “10 reasons to consume local foods,” covering economic, health, environmental, and taste benefits. Iowa’s Healthiest State Initiative doesn’t include a strong local food component, although it promotes healthier eating at schools. The Iowa Department of Agriculture and Land Stewardship administers a few Farm-to-School programs and has provided grants for a few dozen schools to start vegetable gardens each year.