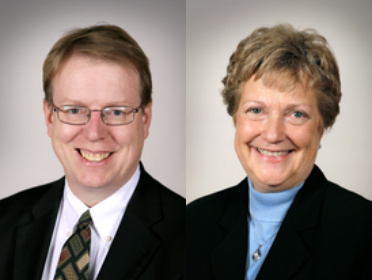 Six Democratic senators lost their re-election bids this month, including Mike Gronstal, who had served as either minority or majority leader of the caucus since 1997. Pam Jochum, who was Senate president for the past four years, will not be on the new leadership team. Ragan, Dotzler, and McCoy were among last year's assistant majority leaders, while Bolkcom served as majority whip.

Hogg said Senate Democrats will speak on behalf of Iowans “who need state government to work” and attempt to prevent Republicans from implementing policies that could damage the state’s economy or adversely affect its residents.

“I’m hopeful we can stop Republicans from going down a knee-jerk, partisan pathway,” Hogg said.

I see no realistic chance to stop Republicans from using their large majorities in both chambers to head down that partisan pathway. Among their likely top priorities: cutting taxes so that most of the benefits go to corporations and higher-income individuals, gutting Iowa's 42-year-old collective bargaining law, restricting abortion rights, ending state funds for Planned Parenthood's non-abortion services, adopting the gun lobby's wish list ("stand your ground," "constitutional carry," and/or open carry), and making it harder for Iowans to vote. Republicans will almost certainly need to reduce funding for education and a variety of social net programs, such as Medicaid and child care assistance, to pay for those tax cuts.

All Democrats can accomplish these next two years is to warn ahead of time how such policies will hurt the majority of Iowans, and to "document the atrocities" after Governor Terry Branstad signs the various harmful bills into law.

I enclose below a news release with more comments from Hogg. O.Kay Henderson's profile of Gronstal for Radio Iowa is worth reading.

“I’m honored my Senate Democratic colleagues selected me as their leader in this difficult time. During the 2017 legislative session, we will stand up for Iowans who need state government to work for all of us. One reason Iowa is such a great state is our dedicated public employees—teachers, corrections officers, state troopers, DOT workers, DHS workers, DNR workers, city and county staff, and many others—who work hard every day to help Iowans.

“We will stand up for working people who seek higher wages and better benefits, for families who need strong schools and affordable college and job training, for small business owners who need skilled workers and a level playing field, for seniors who need help to stay in their own homes, for veterans who need health care, for city residents and farmers looking for clean water and clean energy solutions, and for vulnerable Iowans who need a safety net to maintain their health and dignity.

“In contrast to most other states, Iowa’s state budget is in good shape. We want to keep it that way, and will try to prevent Governor Branstad and legislative Republicans from repeating the sort of mistakes that bankrupted Kansas, undermining their schools, health care and economy.”

Senator Hogg is in his third term in the Iowa Senate, after serving two terms in the Iowa House. He currently chairs the Government Oversight Committee, is vice-chair of the Judiciary Committee, and serves on the Appropriations, Education and Ways & Means committees. Following the devastating floods and tornadoes of 2008, Senator Hogg chaired a special Rebuild Iowa Committee focused on helping communities recover.

A fourth generation Iowan, Rob Hogg is a lawyer in private practice in Cedar Rapids. He and his wife, Kate, have three children and are members of Christ Episcopal Church.

In addition, the meeting was the first for newly elected State Senator Nate Boulton of Des Moines.