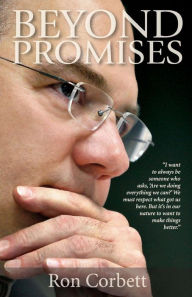 Outgoing Cedar Rapids Mayor Ron Corbett continues to signal that he is serious about seeking the Republican nomination for governor in 2018. Speaking as "president and founder" of the Engage Iowa think tank, Corbett will deliver a major speech on education policy at the Downtown Cedar Rapids Rotary this Monday, May 1.

In a press release enclosed in full below, Corbett said, “This event kick-offs my second round of visits to Iowa rotaries. Last time I was talking about the need for tax modernization and improving Iowa’s water quality – two topics that were at the forefront of discussion this past legislative session and continue to be hot topics. I look forward to re-imagining education and rallying education champions as we work to make improvements to our state’s educational system.” Since late 2015, Corbett has spoken to scores of local business-oriented groups (Rotary Clubs, Chambers of Commerce, or Farm Bureau chapters) in 55 counties as of last December.

The landing page of Engage Iowa's website now advertises a livestream of Corbett's forthcoming speech. He will promote a new "research-based teacher compensation plan" and discuss "opportunities that the state needs to address" in light of the new collective bargaining law, which could profoundly affect public schools and teachers. The full plan will go up on the think tank's website after the May 1 Rotary event.

Corbett also has a new book coming out, which sounds like a case to Iowa voters, judging by the blurb on the Barnes and Noble website (emphasis added):

"Beyond Promises" is a memoir of sorts by Ron Corbett, who became the youngest speaker of the Iowa House of Representatives and who now is finishing up his eighth year as mayor of Iowa's second largest city, Cedar Rapids. In the late 1990s, Corbett was considered a possible Republican candidate for Congress or governor. Then he surprised many and resigned from the Legislature so he wouldn't have to spend so much time away from home and his growing family. He headed the local Chamber of Commerce for six years, a period in which he led a community campaign to rebuild schools, another to redevelop the Cedar Rapids riverfront and a third that brought professional management to Cedar Rapids city government. Corbett's tenure as Cedar Rapids mayor coincided with the city's recovery from a devastating flood in 2008, the costliest natural disaster in Iowa history. Can someone who was a leading Republican voice in much of Iowa reclaim statewide prominence and be elected governor? In 2017, that's the elephant in the room-the unstated question lingering in the backdrop of "Beyond Promises." This book is Corbett's first-person account of where he came from and what shaped him, as well as a chronicle of doing, not simply promising.

Lieutenant Governor Kim Reynolds has a big head start on fundraising and will have more establishment support in next year's Republican primary, as the sitting governor--or acting governor, to be more precise. But Corbett sounds ready to take on this challenge, and the book title Beyond Promises hints at a possible line of attack. The Branstad/Reynolds administration hasn't accomplished any of the four key goals promised during the 2010 gubernatorial campaign: creating 200,000 new jobs, reducing the cost of government by 15 percent, increasing family incomes by 25 percent, and having the "best schools in the nation."

This year's severe budget shortfall could also create an opening for Corbett to argue that Branstad and Reynolds mismanaged the state's finances, compared to the period when he was Iowa House speaker. If revenues fall well below projections again during the coming fiscal year, as former Iowa revenue estimator Jon Muller considers likely, Reynolds may be forced to enact large, disruptive spending cuts in early 2018, as happened this year.

Corbett to Address Iowa’s Education Opportunities on Monday, May 1

Ron Corbett, president and founder of Engage Iowa, will introduce his plan for improving Iowa’s education system on Monday, May 1. With the recent approval of the collective bargaining bill by the Iowa Legislature, Corbett will be discussing the affects of the bill on our public schools and public school teachers. Specifically, he will be providing three opportunities that the state needs to address now that the collective bargaining bill has passed.

Corbett will be the featured speaker at the Downtown Cedar Rapids Rotary meeting on Monday, May 1, at the Doubletree Convention Center. The speech, titled, “Will it be chutes or ladders? The future of public education in Iowa,” can be viewed live at EngageIowa.org or via Engage Iowa’s Facebook live stream starting at 12:20p.m.

“This event kick-offs my second round of visits to Iowa rotaries. Last time I was talking about the need for tax modernization and improving Iowa’s water quality – two topics that were at the forefront of discussion this past legislative session and continue to be hot topics. I look forward to re-imagining education and rallying education champions as we work to make improvements to our state’s educational system,” said Corbett.

Following the speech on Monday, Engage Iowa’s research-based teacher compensation plan will be posted to EngageIowa.org.

Created in 2015 by Iowans for Iowa, Engage Iowa is a conservative, independent, and reform-minded organization that works to define and develop research-based, common sense solutions to the biggest problems facing our state. Bringing together the brightest minds and leaders from across our state to facilitate and guide the conversation on the issues most important to our citizens, Engage Iowa exists to move our state forward by bringing rural and urban Iowans together.