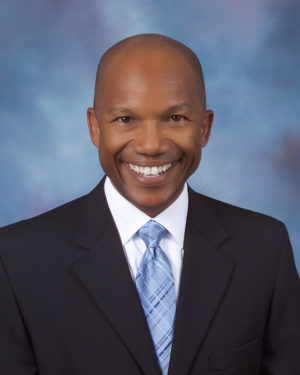 Ross Wilburn joined the field of Democratic candidates for governor today, promising to focus on health, education, and economic opportunity. In a news release enclosed in full below, the former Iowa City mayor and city council member said he would govern in an inclusive way, drawing on skills gained through community work and service in local government. He pledged to listen and build consensus, "bringing together sometimes disparate interests," as opposed to the "fighting" and "divisions" often seen in Iowa politics at the state level.

Wilburn's campaign is on the web at justbeiowa.com, on Twitter @letsbeiowa, and on Facebook at Ross Wilburn for Governor.

In alphabetical order, the other Democratic candidates for Iowa governor are:

Glasson is technically still in the exploratory phase, but she has hired campaign staff and spoken to audiences around the state this summer, including the Iowa Democratic Party's Hall of Fame event last month.

DES MOINES—Ross Wilburn, an educator, administrator and former mayor of Iowa City, today announced that he will seek the 2018 Democratic nomination for Iowa governor to return the state to best-in-the nation status in health, education and opportunity.

“Throughout my life, I have been fortunate to live in Iowa and serve the people of Iowa,” Wilburn said. “Now I want to help us become the state we know we can be, with opportunities to succeed economically, for better health and education and to lead the nation in quality of life. Our message is simple: Let’s Be Iowa.”

Wilburn said his approach to governing would mirror the one he took as mayor and a three-term city councilor in Iowa City as well as in the community work he has done throughout his professional life.
“Iowans know each other. We work as friends and neighbors to solve our problems, seize opportunities and move ahead,” Wilburn said. “When I was mayor, we couldn’t spend our time fighting and defining ourselves by what divided us. We had to come together to get the work done for our friends and neighbors. That’s the kind of governor I will be, reaching out across our state to make Iowa stronger by harnessing all our strengths—and by bringing back the community pride that has always defined Iowa.”

Wilburn outlined an agenda of priorities on subjects of importance to Iowans, including:

• Healthy Iowa, ensuring that all of the state’s residents, no matter their economic status, live in a healthy environment and can access high-quality health care from Iowa’s network of hospitals, clinics and community providers, including those covering mental health. Wilburn, who also is a part-time fitness instructor, believes that health care is a right for Iowans as well as a responsibility that we must practice in our daily lives. Healthy Iowa also calls for cleaning up and protecting the state’s environment, including groundwater, with involvement from agricultural, industrial and environmental experts.

• Prosperous Iowa, developing a strong and sustainable economy from rural to urban communities that provides ample work as well as accessible, affordable education to lift all Iowans. Wilburn will focus on Iowa’s K-12 system as well as its colleges and universities, ensuring education that once again is recognized as the best in the nation as well as strengthening connections with employers to ensure that the next generation of Iowans is prepared for success.

• Inclusive Iowa, bridging the gaps that threaten to divide our state and creating an Iowa that is fair and open to all. This work will include restoring collective bargaining rights for all employees and addressing fears from farms to cities that some Iowans are being left behind.

• Working for Iowa, Wilburn’s pledge for how he will get the work done as governor, no matter the issue. He will work for Iowans by listening, building consensus and bringing together sometimes disparate interests. Working For Iowa will mirror how Iowans get work done every day with the neighbors they see at the grocery store and the gas station.

“It’s time Iowans had government and a governor working for them the same way they work,” Wilburn said. “No fighting. No divisions. Just roll up our sleeves and get it done together. My model is local government as well as the individuals, companies and organizations I have had the pleasure of working with my whole life.”

He added: “Iowans expect the best. We are a state blessed with amazing resources and people who can accomplish so much with leadership that unites instead of divides. We have done it before. We can do it again. Let’s make that commitment. Let’s Be Iowa.”

Wilburn, 52, grew up in Davenport. He was Iowa City’s first African-American mayor and also served 12 years on the City Council. He worked for six years as director of equity for the Iowa City Community School District, eight years as executive director of the Crisis Center of Johnson County and nine years as program coordinator for United Action for Youth in Johnson County. He also was an instructor at the University of Iowa.

He now lives in Ames and has worked since 2014 as the diversity officer and associate program director of Community and Economic Development for Iowa State University Extension and Outreach. He is a veteran of the Iowa Army National Guard and holds bachelor’s and master’s degrees in social work from the University of Iowa.

For more about Ross Wilburn and his positive campaign to be Iowa’s next governor, please visit letsbeiowa.com. Also visit Ross Wilburn For Governor on Facebook and @letsbeiowa on Twitter.