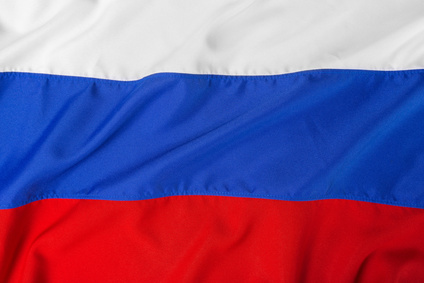 Iowa was among 21 states where hackers linked to the Russian government tried to obtain access to the election system during the 2016 campaign, Department of Homeland Security officials informed the Iowa Secretary of State’s office on September 22. The agency had previously declined to specify the targeted states.

Multiple news reports confirmed that intelligence officials had identified these 21 states in their investigation of scanning by “Russian government-linked cyber actors” last year. “Only Illinois reported that hackers had succeeded in breaching its voter systems,” according to an Associated Press story by Geoff Mulvihill and Jake Pearson. Arizona officials took that state’s registration database offline during the summer of 2016 while evaluating an attempted intrusion, believed to come from Russia. Cyber-attacks may have been connected to election-day malfunctions of e-pollbooks in a heavily Democratic county of North Carolina.

I enclose below written statements from Pate, Olson, and Jim Mowrer, one of two Democrats running for secretary of state. Mowrer asserted Pate “failed to take this threat seriously” and “has misled Iowans by claiming that no attempts were made to access Iowa’s election systems.” The other Democratic candidate, Deidre DeJear, linked to a Rachel Maddow segment about the news on her social media feeds, commenting, “This is not good, folks. There is no good reason why our current Secretary of State should neglect communicating important matters, regarding the security of our vote.”

Statement released by Secretary of State Paul Pate on September 22:

Iowa’s elections system was successful in blocking attempted outside intrusions. The system has not been compromised or successfully hacked by any outside entity, the U.S. Department of Homeland Security confirmed to us today. There are constant attempts by bad actors to hack our systems, but we continue to deflect those attempts. I take the integrity of our elections very seriously and our I.T. staff is constantly vigilant in ensuring the security of our systems. We will continue to coordinate efforts with DHS and the Iowa Office of the Chief Information Officer to protect Iowa’s elections and the integrity of the vote.

E-mail the deputy secretary of state in charge of elections sent to all 99 Iowa county auditors, which Linn County Auditor Joel Miller posted on his blog:

Secretary Pate requested that I provide you this information.

Following months of requests from chief state election officials, the U.S. Department of Homeland Security (DHS) finally today called all 56 U.S. jurisdictions to provide one-on-one notification on the status of security scans on their election systems. I am pleased to report to you that DHS affirmed that there has been no unauthorized intrusion, no “breach,” into any Iowa election system.

IVoters remains secure, as is the remainder of Iowa’s election and voter registration systems.

Please be aware that malicious actors continually scan public facing internet sites for opportunities to “break in.” Iowa has, and certainly will continue to be, the target of such scans. While we remain ever vigilant, we are also very confident that our systems are secure from malicious actors.

Have a great weekend.

DES MOINES, Iowa – Jim Mowrer, candidate for Iowa Secretary of State, released the following statement in response to news that Iowa’s election system was targeted by hackers ahead of the 2016 presidential election:

“Protecting our election systems from outside intrusions and ensuring our elections are fair and secure needs to be the top priority for the Iowa Secretary of State. Paul Pate has failed to take this threat seriously. For months, instead of making this issue a priority, he has misled Iowans by claiming that no attempts were made to access Iowa’s election systems. We need fair, accessible, and secure elections in this state and it’s clear that Paul Pate cannot be trusted to make that happen.”

In August, Pate authored an op-ed claiming blaming [sic] “media hype” for concerns about election integrity, writing, “Hidden in the media hype about supposed hacking into U.S. elections systems by Russia is the fact that there are only two known instances of unauthorized intrusions in 2016, and neither happened in Iowa. No one’s vote was changed or deleted in either instance.”