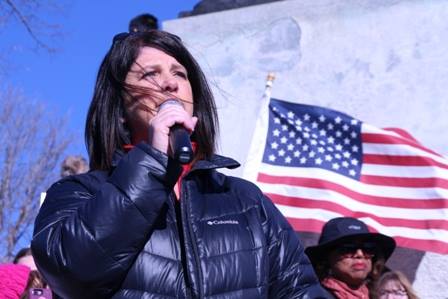 One of the most transparent union-busting provisions of Iowa's new collective bargaining law has failed to significantly reduce the number of workers covered by the state's two largest public-sector unions: the Iowa State Education Association and AFSCME Council 61.

Unofficial results posted today by the Iowa Public Employment Relations Board show large majorities of public employees voted to continue to be represented by their unions.

The new law forced public-sector unions to be recertified by every bargaining unit before every contract period (in most cases every two or three years). Adding to the burden, unions must receive "yes" votes from a majority of covered employees. Anyone who does not participate in the election is counted as a vote against the union.

AFSCME Council 61 President Danny Homan wasn't far off the mark when he said today, "There’s not one Republican in this state that could win an election under the rules they gave us."

Republicans pretended they were only trying to give workers more of a voice in their representation.

The obvious but unstated goal was to reduce the political clout of labor unions, which generally favor Democrats. AFSCME and the ISEA in particular support many candidates for state offices with "boots on the ground," and have been large donors to the Iowa Democratic Party.

Republicans succeeded in making labor unions devote substantial resources and energy to these elections, but they didn't diminish the unions' bargaining power by much.

Forty-one of the 42 AFSCME locals voted to recertify. (Homan will challenge the one unfavorable result, caused by a single voided ballot in a bargaining unit with only four members.) Meanwhile, 216 out of 220 ISEA locals voted to recertify. That union's President Tammy Wawro noted in a statement, "We were short just 15 votes for a complete sweep" statewide. Last month, thirteen bargaining units for educators all voted to continue to be represented by the largest teachers union.

Overall, 28,448 of the 33,252 employees eligible to vote statewide supported recertification. Only 624 people in the entire state cast a "no" ballot, and 137 ballots were voided. Unofficial results indicate 436 out of 468 bargaining units were recertified.

Democratic State Senator Rob Hogg put it well: "Republicans set out to bust unions, but in the process they reinvigorated workplace democracy in all parts of Iowa."

Any relevant comments are welcome in this thread. I enclose below today's news releases from the ISEA and AFSCME Council 61.

UPDATE: Hogg highlighted an important detail: in almost all the units where the union failed to be recertified, "yes" votes far outnumbered the "no" votes. But there were enough non-participants to keep the "yes" votes below 50 percent plus one. Only five units in the entire state recorded more "no" votes than "yes."

The ISEA provided this information about the four locals that did not recertify:

If only the ballots cast had been counted (rather than counting non-participants as "no" votes), every education association in the state would have recertified.

“We are enormously proud of the thousands and thousands of education professionals who overwhelmingly voted in favor of their professions by successfully passing recertification in their locals.

ISEA members and their colleagues took time out of their busy schedules to let the legislature know that they believe their voice in their profession, their work environment and in support of their students is important. Almost 22,000 employees were impacted by this vote. After the two week period of recertification, 98 percent of our locals retained the ability to collectively negotiate a Master Contract.

Iowa legislators set an unreasonable standard for successful recertification elections requiring a 50 percent plus 1 majority of all employees covered by the bargaining unit regardless of their union membership. In addition anyone who failed to participate was automatically counted as a “no”. In spite of this standard, 216 out of 220 ISEA locals passed their recertification elections. We were short just 15 votes for a complete sweep.

In passing the anti-union bill last spring, Iowa legislators told unions that recertification elections were needed for members to choose their own representation. Today, local associations overwhelmingly chose the union to help represent their best interests and the interests of their students, schools and the communities in which they live.

So, it appears that recertification elections were just another obstacle the legislature placed in front of Iowa’s public employee unions in an effort to weaken them. Once again, this obstacle was overcome by the strong and determined professionals who will not back down from what they know is best for their profession, their students and their schools.

We are very proud of our members and the other public employees who stood strong. It is now time to get back to the great work they do every day for Iowa’s students.”

“After over 24 hours of waiting for election results, I am proud to share that 100% of AFSCME-covered employees voted to retain their union, but because of a rigged law and an alleged voided ballot, we lost one bargaining unit of four employees by a single vote. This sweeping victory confirms what we’ve known since the gutting of collective bargaining rights in February: that unionized employees, both members and non-members, value their voice in the workplace and reject the actions of Kim Reynolds and legislative Republicans who turned their backs on working Iowans in February. I am confident that workers will once again claim victory in the November 2018 election when those politicians who stabbed them in the back are sent packing.

“While this process was unnecessarily challenging and unfair at every turn, I am immensely proud of our members and leaders who stepped up to earn every last vote. We worked hard to communicate the rigged system put in place to each and every eligible voter, and that work paid off. I congratulate the hardworking public employees who voted to recertify; this victory is all theirs.”