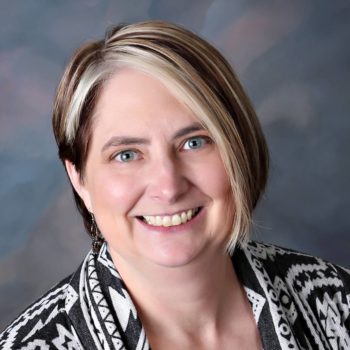 Promising to offer voters “a Republican alternative that is truly reflective of Iowa and the values we cherish,” Cyndi Hanson announced on December 5 that she will seek the GOP nomination in the fourth Congressional district.

Hanson has worked in the education field for many years and is currently executive director of Northeast Community College’s extended campus in South Sioux City, Nebraska. Her campaign website cites her experience growing up on a farm in Monona County (agriculture “produces resilient, resourceful and collaborative people who get things done”) and her work ethic, having completed a doctorate in education.

“I’m solution focused and collaborative in the way I work, so really seeing what’s happening is a great deal of frustration for me. I think the only way we can change the current situation is to change the players we have involved.”

Listing ways in which she is different than King, Hanson said, “I fully support Iowa’s agricultural industries, including renewable fuels, biotech, traditional and diversified production agriculture.”

She also said the founding fathers did not want representatives to be lifelong politicians. King was first elected in 2002.

“The longer one is away from and not engaging in conversations with their constituency, the less likely he is to understand and represent the interests of the district. I’m committed to engaging with and representing the people of District 4,” Hanson said.

Hanson told KSCJ radio that she has considered running for Congress for two years. What tipped her hand was seeing “less actual representation of Iowans and Iowa’s interests from our incumbent.” She believes “It’s time for someone who is closely connected with Iowa, who has spent her life here and spends many, many hours of every day connecting with people from Iowa and understanding the needs and interests of our district.”

King is one of the most vocal proponents of total repeal of the Affordable Care Act. Hanson argued for a middle ground during her interview with KSCJ. Having health care is a “very real concern” for those working in agriculture, small business owners, or self-employed people.

Unfortunately, I don’t know that that’s going to happen entirely without some type of government support for making affordable and accessible health care. Now that doesn’t mean that we have to have an oppressive government involvement in health care. I think there’s a happy medium.

On her campaign website, Hanson touts fiscal responsibility, saying her “experience as a small business owner and education background” will help her make “difficult decisions” needed to balance the budget.

To say Hanson faces an uphill battle would be an understatement. King is a hero to social conservatives, thanks to his uncompromising stances on issues like abortion and marriage equality. Most statewide Republican office-holders and numerous state legislators endorsed King in his 2016 primary against State Senator Rick Bertrand of Sioux City. Bertrand received about 35 percent of the vote in that race.

The incumbent can count on massive establishment support in next year’s primary as well. He is co-chairing Governor Kim Reynolds’ campaign, and the governor’s chief of staff Jake Ketzner ran King’s re-election campaign in 2012, when he faced former First Lady Christie Vilsack in a substantially redrawn district.

Leading up to the June primary, the Reynolds campaign will presumably be doing massive GOTV in western Iowa. Many prominent conservative activists have joined King in endorsing Reynolds, while her main Republican rival Ron Corbett has a base in the eastern part of the state.

Most election analysts consider IA-04 a safe seat for the GOP. The district’s 39 counties contain 118,408 active registered Democrats, 191,219 Republicans, and 175,906 no-party voters, according to the latest figures from the Iowa Secretary of State’s office. Donald Trump carried IA-04 with 60.9 percent of the vote, while Hillary Clinton received 33.5 percent. King won re-election last year with 61.2 percent of the vote. He also received more than 60 percent in the 2014 midterm election.

Final note: Charles Aldrich recently announced plans to run in IA-04 as a Libertarian candidate, Bret Hayworth reported for the Sioux City Journal on November 20. As the Libertarian nominee for Iowa’s U.S. Senate seat in 2016, Aldrich won about 2.6 percent of the statewide vote.