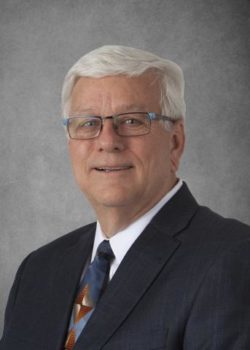 The Iowa Senate confirmed Jerry Foxhoven as director of the Iowa Department of Human Services in an unusually close vote on March 21.

Most of Governor Kim Reynolds’ appointees have won unanimous confirmation, as has typically been the case in Iowa for many years. Foxhoven’s nomination was controversial because of how privatized Medicaid has been managed, along with several tragedies involving abused children. Senate Democrats asked to defer consideration on the DHS director last month “until we can fully assess his leadership.”

Senator Mark Segebart introduced Foxhoven’s nomination just after the Senate reconvened for the evening; his speech begins around the 5:50:30 mark of this video. He emphasized the many qualifications of the man Reynolds picked to lead the troubled agency last June.

Senate Minority Leader Janet Petersen was the only Democrat to speak on the nomination, starting around 5:53:20. She observed that not many Iowans wold want the job of running the “grossly underfunded” and “grossly understaffed” agency. She described the mismanagement of Medicaid following privatization, with many health care providers not getting reimbursed for services and thousands of Iowans not getting “the care they need.”

Now is that Director Foxhoven’s fault that we haven’t gotten those answer yet, or is that the governor’s fault?

We have case after case, that senators are becoming case managers for Iowans for basic services that they deserve. Is Director Foxhoven to blame for this Medicaid privatization mess? I believe that the responsibility lies with the governor. […]

This Medicaid privatization mess is simply intolerable. How much longer are we going to allow this to occur to people that we care and love, our neighbors, our friends, and our families?

I don’t know why anyone would want to run that department. Look at how many children who have died and had horrible foster care situations. And we’re going to take a billion dollars out of the state budget, and expect those problems to go away, with tax cuts? […]

These problems lie with our administration, and Iowans need a champion who will stand up for them. […]

I had wanted a little bit more time, so we could get more answers on [Medicaid] providers and their payment. Because I think our constituents deserve to know that providers are going to get paid. I know who’s getting paid on time. It’s certainly not my providers, but the MCOs [private insurance companies managing the program] are getting paid like clockwork. […]

It’s time for us to say enough is enough. We have got to fix DHS. I know Mr. Foxhoven is a great person. When you underfund and understaff a department, you give someone an impossible task. You set them up for failure. But more importantly, that sets Iowans up for failure.

We’re faced with a really difficult decision here. I know you can’t turn a department around overnight, but I do believe we deserve transparency coming out of DHS, whether you’re in the majority or the minority. Whether you’re a provider or a patient. These issues are real. These are life and death issues, and Iowans deserve government big enough to function. Thank you.

Petersen did not recommend either a yes or no vote on the nomination. Segebart then made brief closing remarks, highlighting Foxhoven’s work in past jobs as well as his efforts to connect with DHS caseworkers in the field since last summer.

I could make a case for supporting or opposing this nomination. Someone should be held accountable for the agency’s failures. On the other hand, if senators had blocked Foxhoven, Reynolds would only appoint someone worse to manage the department for the rest of this year.

Meaningful change for the better at DHS will require electing a new governor. All six Democratic candidates support more state funding for essential services and are on record wanting to return to a state-run Medicaid program.

P.S.- In 2015, the Senate confirmed the previous DHS Director Chuck Palmer with five votes to spare. Eighteen of the chamber’s current 20 Democrats (all but Boulton and Lykam) were serving at that time.

Bowman, Jochum, Petersen, Quirmbach, and Taylor voted against Palmer and against Foxhoven.

Allen, Bisignano, Bolkcom, Danielson, Dotzler, and Ragan voted for Palmer but against Foxhoven.

Hart and Hogg voted against Palmer but for Foxhoven.