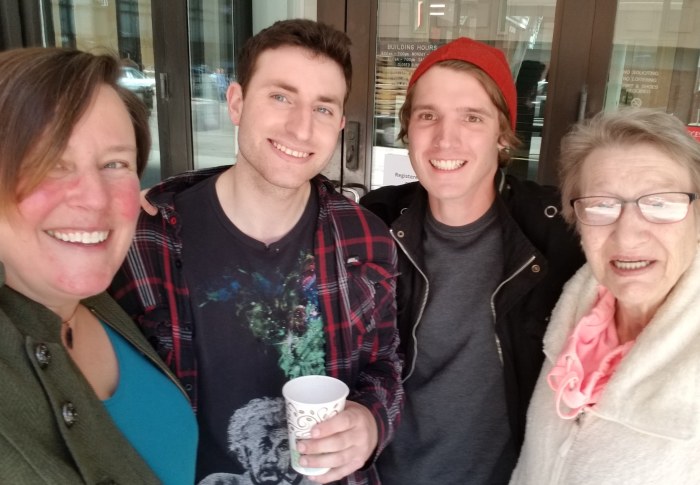 A Jew, a German, and 2 Ames residents meet outside a Steve King event

On Tuesday, I got a Facebook wall post from a friend of mine in California that said, "Go get em Tanya and call him out on his anti-Semitism." The post included a link to a Des Moines Partnership event: "2018 Candidate Forum with Congressman Steve King."

I live in Des Moines, outside Iowa's fourth Congressional district. I am well known for not ever being a fan of King--especially lately, as a Jew who used to live on the edge of Squirrel Hill while attending Carnegie Mellon University. I had an appointment until 11:30 am on the day of the event, but I sat smoldering in disgust that the Partnership would give a platform to a racist who uses anti-Semitic language.

On the evening of October 31, my neighbor Gundel Basart commented on the Facebook post, asking if I would give her a ride to the event. Gundel is my nearly 80-year-old friend who emigrated to the U.S. after growing up in 1940s Germany. She has taught me to quilt, and we chat about cats. She is full of kindness and gave me the push I needed to try to confront hatred. I picked her up and we went to the Partnership at 11:45.

At the door to the event, we were asked if we had pre-registered. I told them we had not, but because I was a part of the Partnership as a founder of the Young Professionals Connection, I hoped we would be allowed in. We were told we could not, so I asked if there was someone with the Partnership that I could speak to regarding this event.

Joe Murphy, Senior VP of Government Relations and Public Policy, came out and respectfully listened to me tell my story as a Des Moines Jewish business owner who was deeply disappointed in the Partnership giving a platform to a known racist and antisemitic person, regardless of their elected position.

Murphy told me they were allowing people through this forum to ask King questions and hold him accountable. He also listened to Gundel talk about the experience of growing up in post-Hitler Germany, and how she could not stand to see people like King in power, because she recognizes that hate as something all too similar to Hitler's ideology. 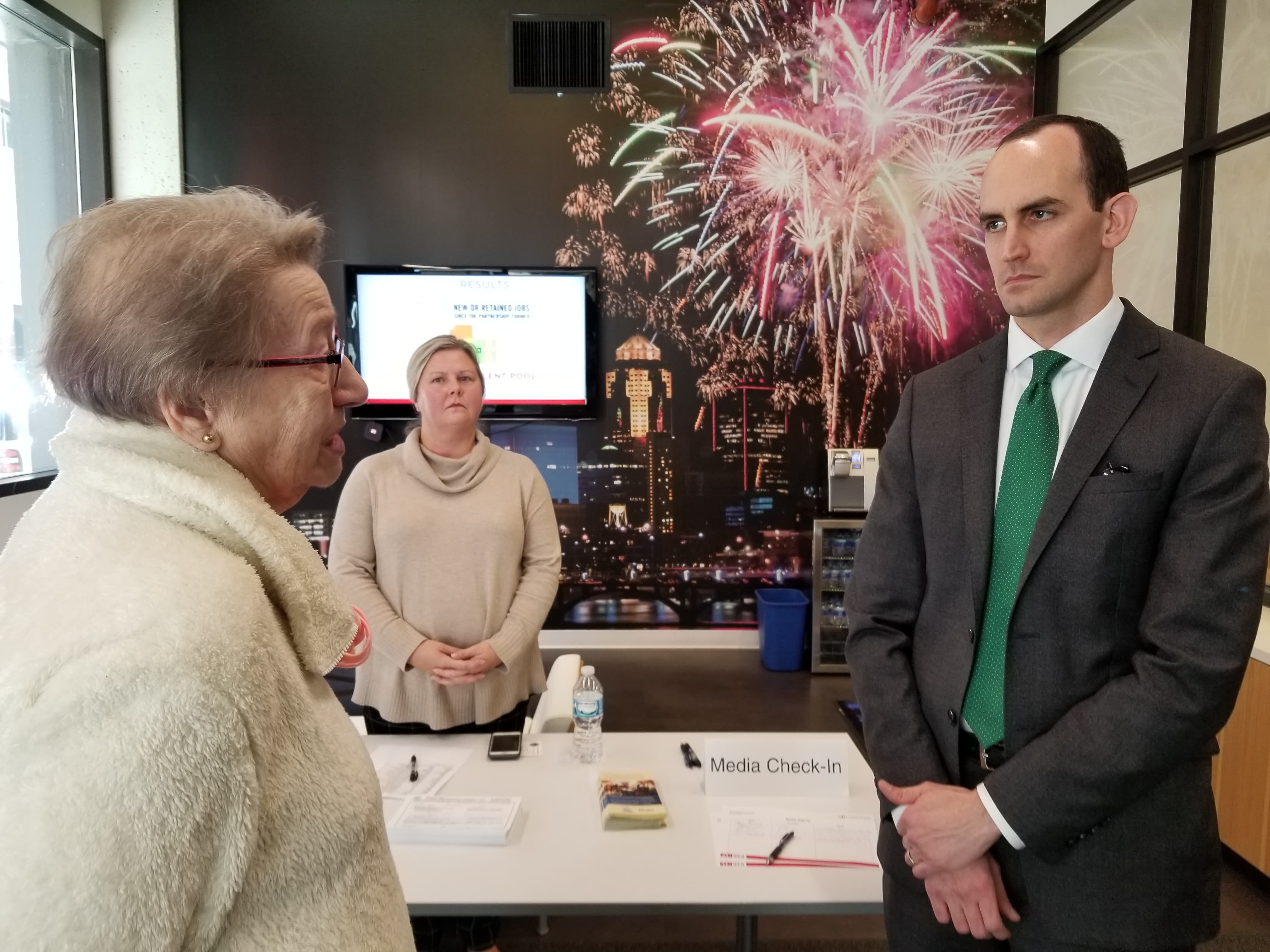 I closed by saying that as a mother, it is deeply concerning to me that in a few short years, my daughter could be a Carnegie Mellon student like I was, and the anti-immigration and racist rhetoric of King could quite easily put her life at risk.

We thanked him for his time and left as he was getting called back in because of a disturbance in the room. As we left, two young men were being escorted out. We asked if they had been in the King event; they had. They introduced themselves as Eric Fritz and Kaleb Van Fosson. We told them what we had done in protest, and they shared a video they had taken of the question they asked Steve King.

In the video, Kaleb calmly asks King about the similarity in the language used by the murderer in Pittsburgh and King's own rhetoric. I was listening to the video on one ear bud on a busy street, so it was almost hard to hear Kaleb's question. What was very clear: King cut off his question halfway through and started yelling, "how dare he" compare him to the Pittsburgh shooter. Kaleb tried to correct him, saying he wanted to hear King distance himself from the shooter. But King shouted Kaleb down and would not allow him to get another word in, and threatened to leave if Kaleb would not stop talking.

Here's the exchange, on a video shot by Eric:

Kaleb told me he had Jewish grandparents and was there to confront King about his recent behavior. Kaleb and Eric are both registered voters in Ames. They are King's constituents. While shouting to have them removed, King said, "we don't behave like that in this country."

YES WE DO, REPRESENTATIVE KING. This is EXACTLY how we are supposed to behave in this country. We are supposed to engage with our elected officials. How dare you have your own constituents thrown out of a public forum when they are asking direct questions about your documented actions?

Greater Des Moines Partnership, how dare you allow King to dodge a perfectly reasonable question? You had these two young men thrown out because an elected official threw a fit, and you could not even have the moderator press the question? I am deeply disappointed in this organization I worked so hard to represent for many years.

Bravo, Eric Fritz and Kaleb Van Fosson. You have exposed Steve King for what he is: a racist who has no interest in representing his constituents, or even hearing what they have to say.

Tanya Keith is a mother of three and the author of the memoir Passionate Soccer Love. She renovates historic homes in the urban core of Des Moines.