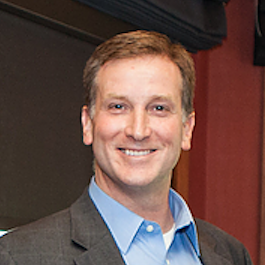 Republican political appointees may dominate the process of picking candidates to fill positions on Iowa’s two highest courts, if a GOP insider succeeds in removing three attorneys from the State Judicial Nominating Commission.

Iowa Supreme Court Justice Daryl Hecht will step down next week, and Iowa Court of Appeals Chief Judge David Danilson will retire in early January. Under Iowa’s merit-based judicial selection system, the State Judicial Nominating Commission will interview candidates for the vacancies and recommend three candidates for each position to Governor Kim Reynolds early next year. State law requires Reynolds to choose from among those finalists.

To reduce opportunities for governors to put political cronies on the bench, the state commission is evenly divided, with eight attorneys (a man and a woman from each Iowa Congressional district) elected by their peers and eight members selected by the governor. Currently all eight appointed members are Republicans chosen by Reynolds or her predecessor, Governor Terry Branstad.

Official records say attorneys Suzan Boden, Martin Diaz, and Connie Diekema were elected to terms on the State Judicial Nominating Commission that run through June 2019. However, attorney Bill Gustoff argued this week that those commissioners’ terms should end on December 31, 2018, because of a 2008 law that reset six-year terms at the beginning of 2013. Ryan Foley of the Associated Press first reported on Gustoff’s letter to State Court Administrator Todd Nuccio. At the end of this post, I’ve enclosed the full text of the letter as well as the legal provision Gustoff cited.

The Iowa Judicial Branch referred inquiries to the Attorney General’s Office, which is still evaluating Gustoff’s letter, according to communications director Lynn Hicks.

Boden and Diekema did not respond to requests for comment. Diaz replied via e-mail, “I am prepared to complete my term, whether it ends in December or June of next year. I will let the state court administrator and the Supreme Court tell me when that is. My only goal on the commission is to serve the judiciary and the people of Iowa. I leave the political gamesmanship to others.”

Political gamesmanship is a good way to describe Gustoff’s gambit. He has served on the Republican Party of Iowa’s governing body since 2014 and is the Iowa GOP’s current treasurer. Although his letter urged Nuccio to “begin the process of filling the vacancies” on the judicial nominating commission, it’s not clear whether new attorneys could be picked in time to participate in choosing the next Iowa Supreme Court and Court of Appeals finalists.

Steve Davis, communications director for the Iowa Judicial Branch, said that elections for attorneys to serve on the commission typically take 90 days. But Iowa Code requires the State Judicial Nominating Commission to forward a list of finalists to the governor within 60 days of receiving notice of a vacancy on the court.

Commissioners choose the finalists by majority vote. So if the nominating commission includes eight Republican appointees and only five elected attorneys in January and February of 2019, partisan politics rather than legal qualifications could determine who makes it onto the short list for Reynolds.

The next Iowa Supreme Court appointee may give conservatives a solid block of four justices. In recent years the most conservative judges on the high court have sometimes been in the majority but dissented from other important rulings.

Iowans approved a constitutional amendment establishing our current judicial selection system in 1962 in order to make the state’s courts more professional and less political. But some Republicans have long criticized the merit-based system and would prefer to give the governor a freer hand in picking ideologically aligned judges. Gustoff’s law partner, Iowa House Majority Leader Chris Hagenow, has introduced legislation that would dramatically change the judicial selection process.

Eight years ago, Gustoff signed on as co-counsel to a federal lawsuit claiming the process for selecting judges was unconstitutional. Only a few months later, he sought to serve on the State Judicial Nominating Commission himself. Branstad appointed Gustoff, but the Democratic-controlled Iowa Senate voted against confirming him during the 2011 legislative session.

I will update this post as needed, once the Attorney General’s Office has a statement on the controversy. Gustoff’s letter indicated that he is prepared “to take further appropriate action” (presumably a lawsuit) seeking to force Boden, Diaz, and Diekema off the nominating commission at the end of this year.

P.S.- Gustoff is well-versed in obscure provisions of Iowa Code, as shown by this week’s letter and the ethics complaint he filed in May against a Democratic candidate who was also directing a political action committee. He might want to brush up on federal statutes. Earlier this year, Gustoff processed four donations to his former law partner Matt Whitaker’s 2014 U.S. Senate campaign committee. Those campaign contributions appear to violate the Hatch Act, a federal law restricting political activity by executive branch officials and employees. Whitaker was chief of staff to U.S. Attorney General Jeff Sessions at the time of the mysterious donations to his dormant campaign committee. He is now serving–illegally–as acting attorney general.

UPDATE: Gustoff provided the following comments via e-mail on December 7.

While I appreciate that you have taken an interest in the issue, your article is completely wrong in characterizing my interest as an attempt to “tilt [the[ judicial nominating commission.” In fact, I think it would be hard to read to tone of my letter as anything but a concerned member of the bar noting a problem and suggesting a way to remedy it.

Since you have shown enough interest to write about it, I am passing along to you additional information that I just obtained this afternoon. I went to the Iowa Secretary of State’s Office and purchased certified copies of the attached Oaths of Office. I sent them to the State Court Administrator as soon as I had them.

These Oaths of Office indicate that the terms begin on January 1, 2013, and terminate on June 30, 2019—ostensibly granting them 6½ year terms from the outset. Whether it was intentional or not, I have no idea; however, it is obvious that the design of these three particular terms of office on the State Judicial Nominating Commission were a violation of the Iowa Constitution from the beginning.

I appreciate that you included in your article the statutory provision I cited in my letter. It gives good context to your readers. What you did not include is the provision of the Iowa Constitution (Article V, Section 16) that will have an even higher priority than the statute (and which I also cited in my letter). That provision reads as follows (emphasis added):

Appointive and elective members of judicial nominating commissions shall serve for six-year terms, shall be ineligible for a second six-year term on the same commission, shall hold no office of profit of the United States or of the state during their terms, shall be chosen without reference to political affiliation, and shall have such other qualifications as may be prescribed by law.

This is not a political issue for me, nor some attempt to manipulate who selects the next supreme court justice and appellate court judge. Nobody at Republican Party of Headquarters or on the RPI State Central Committee had any idea I was sending this letter. It is about following the law, and I expect the Iowa Supreme Court to lead the way in following the law. I think all law-abiding Iowans should expect the same. I choose to trust this was not intentional on the part of the court and that the steps to remedy this oversight will be taken immediately.

Other correspondence forwarded by Gustoff indicated that State Court Administrator Nuccio planned to respond to him by the close of business on December 7. I am seeking further comment from the Iowa Attorney General’s office regarding their interpretation of the relevant statute and constitutional language.

If the terms of Diekema, Boden, and Diaz are deemed to end on December 31, I am seeking from the Iowa Judicial Branch on whether elections for new commissioners could be held on an accelerated schedule, so that eight attorney members can participate in selecting finalists for the high court vacancies.