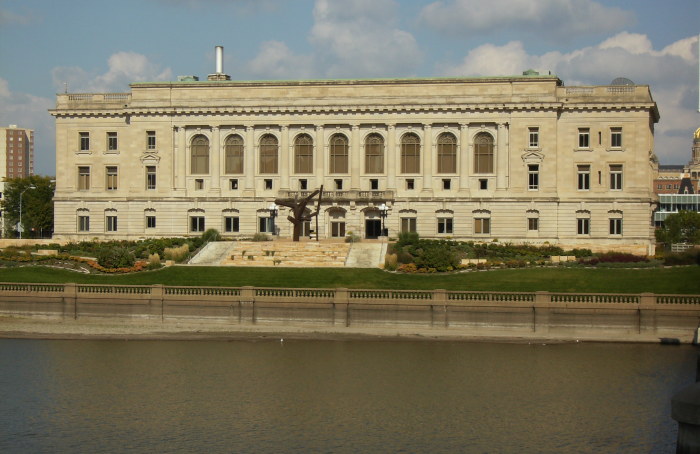 A 2 percent solution to a nonexistent problem

ISU economist Dave Swenson exposes how a Republican property tax bill relies on flawed assumptions and would make the “important job of governing harder” for cities and counties. -promoted by Laura Belin

It is a common canard among the anti-property taxers that city and county governments, those closest to the electorate, are gouging unsuspecting taxpayers. It is their rallying lament, and it requires no substantiation, just confident assertion.

As is frequently the case with made-up woes like this, Iowa House Republicans have a solution. The remedy is House Study Bill 165, a bill to place limits on city and county government property tax growth.

This legislation would set growth in annual property tax levies to no more than 2 percent. If there were new property valuation due to new housing or business investments, those values would be taxed at last year’s tax rate and would then count as part of the base for next year’s 2 percent growth calculation. If a community or county wanted to spend more than the 2 percent limit, it would need to pass a resolution declaring its intentions. If there were opposition to the resolution, citizens could organize to force an election on the matter.

And what is the spending problem that the GOP is addressing? According to the latest Iowa House Republican weekly newsletter, there “seems to be a growing trend by local governments to ride large increases in valuations ….”

Translated, it “seems” to them that cities and counties are generating more property taxes due to valuation growth and not refunding some or even all of that growth back to existing property taxpayers via property tax rate reductions. They offer no evidence of this. They just say it “seems” so.

Peter Fisher and I addressed this local government budgetary broadside directly a few weeks ago, but a few points need to be re-emphasized, because this legislation looks to have some momentum as we head into the final weeks of the legislative session.

First, a 2 percent annual growth limit has absolutely no economic foundation. It is a completely arbitrary standard that the bill supporters say “taxpayers can understand the necessity of.” It is a uniform limit irrespective of city or county size, patterns of growth or decline, or individual city exigencies. In short, it is, at best, a capriciously made-up standard of allowable growth irrespective of how the economy is doing locally, statewide, or nationally, or how Iowans are doing.

Next, the drafters offered no evidence of local governments gouging taxpayers. To the contrary, throughout this decade, city and county property taxes represented 1.9 percent of the amount of all personal incomes generated in the state. There is no upward trend. City and county property taxes are not taking larger bites out of our combined paychecks.

Yes, this legislation purports to offer flexibility to its otherwise hard and fast 2 percent solution by allowing voter approval (or disapproval), but it is an unnecessary and arrogantly imposed redundancy. Voters had already approved of their supervisors or councilors in the last election. If they don’t like what they do on their behalf, they can disapprove of them in the next. It’s called local democracy. This bill does nothing to improve that time worn process except add more election-related costs.

Finally, this bill will probably yield a handful of unintended consequences if it is enacted.

It will surely induce some cities to more aggressively pursue charges and fees for services that previously were provided by general fund property taxes. That approach would disproportionately affect poorer residents’ access to services and amenities.

It might push some into borrowing to fund ongoing operations, and it will likely induce others to sequester new property growth into tax increment finance districts so as to create a pool of resources insulated from the revenue growth caps.

Finally, there are safety value provisions in existing law to provide emergency funds (for cities at the statutory rate limit), to pay for insurance and retirement obligations for public employees, and to pay off general obligation bonds. This legislation would eliminate most of those safety valves, and in so doing, limit a significant amount of local government budgetary flexibility.

Growth in the state’s property tax base is already limited by law, which in turn constrains tax collections. Longstanding provisions curb the allowable annual growth of both agricultural land and residential taxable properties. Laws passed since 2011 have significantly reduced the taxable values of commercial and industrial property values plus multi-family rental housing values.

Iowa this decade has therefore enacted laws that effectively pushed cities’ and counties’ tax rates up by chipping away at local tax bases, while at the same time limiting the yields on their resulting tax bases because of existing rate limits. This proposed legislation punishes them for the unpardonable sin of successfully coping with all of those business-friendly adjustments over the last half dozen years by restricting their property tax levies even more.

There are many different city and county experiences across the state. A handful of areas are growing. About 70 percent of Iowa’s cities and counties had lower populations in 2016 than in 2010. The painful truth is the vast majority are struggling to underwrite the service needs of their citizens within the existing parameters of state law.

This proposed legislation would likely make that important job of governing harder.

In the long run, this much is sure: this bill would result in fewer local government services.