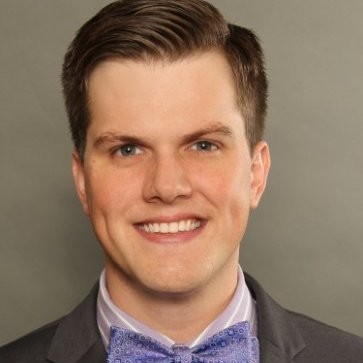 Joel Anderson began working for the governor this week as a tax policy adviser. A certified public accountant, he previously worked for RSM US LLP for nearly seven years as a state and local tax manager. Communications staff ignored Bleeding Heartland's repeated inquiries about whether the governor was hiring someone to handle tax policy, but Anderson's LinkedIn profile now shows his current position. He is also listed on the state's government employee directory along with other staff in the governor's office. A week ago, his name was absent from that page.

Liz Matney moved from the Iowa Department of Human Resources to become a health policy analyst for Reynolds earlier this summer.

The governor's office did not advertise either the health or tax policy positions, documents obtained through a public records request indicate.

Assuming the extra $200,000 appropriation for fiscal year 2020 will cover salary and benefits for Matney and Anderson, the governor's office may need to do additional juggling to balance its budget. Heather Nahas joined Reynolds' staff last week as public relations manager. The job listing for that position suggested an annual salary of $95,097 to $135,262, and Nahas brings 25 years of relevant experience to the role.

Meanwhile, Paige Thorson continues as Reynolds' deputy chief of staff, and it's not clear whether any other government agency will support her salary going forward. The DHS paid 69 percent of Thorson's salary during the fiscal year that ended June 30, which worked out to $101,496.92. Former DHS Director Jerry Foxhoven has asserted that the governor's chief of staff Sara Craig Gongol wanted his agency to continue to pay a large share of Thorson's salary. He was concerned doing so would be inappropriate and possibly illegal, since Thorson wasn't involved with Medicaid policy anymore.

The only senior staffer to leave the governor's office recently was Catherine Huggins, who earned about $100,000 in gross pay during the 2018 fiscal year.

One curiosity related to the latest Reynolds hires: the governor's former legislative liaison Kayla Lyon told a legislative analyst in June that the public relations manager job was "not a new position," correspondence provided to Bleeding Heartland as part of a records request reveals. Gongol was copied on the e-mail.

I have been unable to find any evidence that anyone served as public relations manager prior to Nahas. Neither Lyon nor communications staff for the governor's office and Iowa Department of Natural Resources (where Lyon now serves as director) have replied to inquiries about why Lyon gave the legislative branch that information. Whom did she have in mind when she implied someone else had previously done the same job?

UPDATE: I forgot to mention that Dan Wolter started working as the governor's "senior advisor for economic development" on August 5. I assume the Iowa Economic Development Authority will be asked to cover some portion of his salary and will update as needed if I can confirm. The IEDA already covers 25 percent of the pay for Paul Trombino, chief operating officer on the governor's staff. During the 2018 fiscal year, the IEDA paid 33 percent of the compensation for Ryan Koopmans, who was the governor's senior legal counsel.