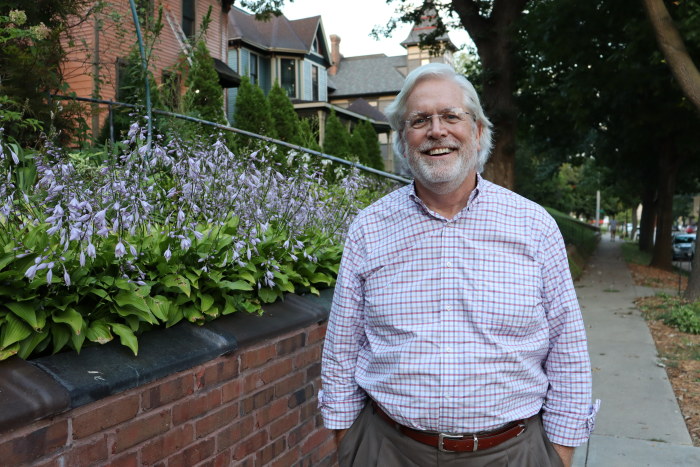 Former State Senator Jack Hatch will run for Des Moines mayor, he announced on WHO-TV on September 19, the last day for local candidates in Iowa to file nominating papers. A few minutes later, his campaign released a statement and a video, both enclosed below, and launched a website at JackHatchforMayor.com.

Key issues for Hatch will include fixing roads and neighborhood infrastructure, addressing "the urgent mental health care crisis that has been ignored," protecting drinking water, improving area schools, and public safety measures including steps to reduce gun violence. All of those topics were mentioned in a telephone poll Hatch commissioned earlier this month, which Bleeding Heartland summarized here.

Defeating sixteen-year incumbent Mayor Frank Cownie will not be easy, and Hatch will have only six and a half weeks to build his case with voters. However, unlike most challengers, he already has very high name recognition. Hatch represented parts of Des Moines in the Iowa House or Senate for more than 20 years, was the 2014 Democratic nominee for governor, and is a well-known property developer.

Hatch told WHO-TV's Dave Price he started thinking about running for mayor after Cownie "decided not to protect our drinking water when he had a chance to," adding that Cownie "was silent" as Republican legislators tried to break up the Des Moines Water Works in 2017. Hatch acknowledged he was starting his campaign late, saying others had considered running against Cownie but backed off. He's in the race because sees the future of Des Moines "being blurred" without strong leadership.

Turnout on November 5 may be higher than usual for a city election, because Des Moines has multiple competitive city council races, and this is the first year school board elections will be held concurrently with elections for municipal offices. Early voting begins on October 7.

“Downtown development may have skyrocketed over the past decade, but our neighborhoods are being forgotten,” said Hatch. “Meanwhile, potholes continue to plague our city, crumbling infrastructure is being neglected and schools are in desperate need of repairs – despite the fact we are paying higher property taxes and face rising housing costs. It is about priorities!”
With a proven track record of getting things done, Hatch is running to get Des Moines back on track. As a state legislator, Hatch:

Currently, Jack Hatch is the Principal of the Hatch Development Group, a builder specializing in affordable housing for urban and rural communities throughout Iowa. He has received state and national recognition for his successful projects revitalizing neighborhoods and historic preservation. Working with neighborhood leaders, city and county officials, lenders and investors,

Hatch has designed, build and managed over $160 million of housing projects throughout Iowa.
Hatch served in the Iowa House of Representatives from 1985-1993 and 2001-2003. He was then elected to serve in the Senate from 2004-2014. Hatch was the 2014 Democratic nominee for Iowa Governor. In 2010, he chaired the White House Task Force of State Legislators for Healthcare Reform.

“I’m looking forward to a spirited campaign and debate on the most important issues,” Hatch said. “In the coming days and weeks, I will be releasing detailed proposals on fixing our infrastructure, addressing our urgent mental health care crisis, protecting our water, making our community safer from gun violence and improving our schools based on input from all 58 neighborhoods in the city. This campaign is about our priorities. It’s time to get Des Moines back on track!”