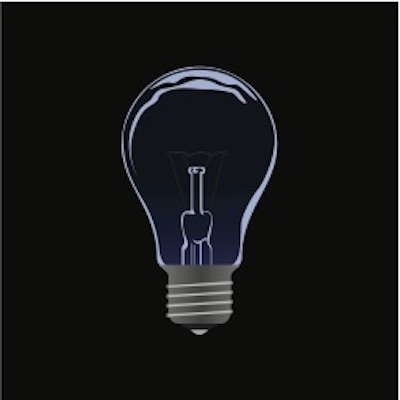 Bleeding Heartland user “Bill from White Plains”: It's been a good ride and a great deal of fun. But let's be honest: nothing about this state warrants first-in-the-nation status. -promoted by Laura Belin

Oh, if only Ira Lacher's February 25 piece, "Junk the caucuses? Extend neck. Cut.," provided some nationally-significant basis on which the national powers-that-be could maintain Iowa as the first-in-the-nation state for choosing presidential candidates!

Reforming the caucuses is beside the point, and attempting to make them more accessible misses the point. More thorough training of caucus leaders (and as I've commented previously, lack of adequate training was not an issue in 2020) and throwing whoopee parties to commemorate caucus milestones . . . none of that is relevant.

Even if it were, the caucuses are not the exclusive province of the Iowa Democratic Party, or the Iowa Democrats. The caucuses serve as first in the nation at the pleasure of, I believe, the Democratic National Committee (or some other nation-focused board). If the service provided by the Iowa caucuses no longer meets the needs of the national committee, more Iowa cocktail parties and better caucus training do not change that reality. All Mr. Lacher's suggestions would do, would be to dress up inadequate service.

Mr. Lacher likes analogies, so here is one: it's like serving worm and cockroach soup on starched cloth-covered tables; if the dining public has no appetite for worms and cockroaches in a broth, the ambiance of the restaurant won't keep them coming back.

Mr. Lacher's rationale, that "[t]he Iowa caucuses allow out-of-state and foreign journalists to visit every four years and spotlight our innovation, determination and energetic people, reminding the world that Iowa is more than a quaint living-history farm" doesn't pass the laugh test. Cases in point: every COVID-19 press conference featuring Governor Kim Reynolds, and every single day that the Iowa legislature is in session.

Innovation? Our governor has had a year to develop a coherent system to test for the virus, and to plan for implementing a vaccine protocol. A year in, she is adrift without an oar, a sail or tack to guide her. Many folks still haven't been tested and the phases for inoculations change with each sunrise.

The legislature puts new cover sheets on laws written by conservative interest groups, and the so-called Iowa "sponsors" of this proposed legislation struggle not to lose their tempers when reporters press them with questions about the bills that are not neatly answered with the two canned responses that the interest groups have provided them. Yet, the two canned answers are satisfactory to Iowans.

Let's talk about the legislative agendas that demonstrate that Iowa is . . . otherwise innovative. Look at the chronic underfunding of our K-12 public school system AND look at how underfunded school districts underperform. Then notice how the legislature uses the underwhelming performance of those school districts to justify further reducing their funding, and is promoting proposals that would divert the saved funds to pay urban and suburban parents to remove their kids from those schools -- and away from the considerable number of racial and ethnic minority students present in those schools -- and place them in parochial schools with a predominantly, if not exclusively, Caucasian, English-speaking, culturally homogenous student body.

Innovative? No. Backward thinking, with more than an undercurrent of racial animus? Yes.

Or, look at the legislative attempts to protect ignorant and verifiably false speech and information, while at the same time penalizing (or at the very least, chilling) verifiably accurate information, through various forms of suppression, like:

(1) eliminating university tenure on the basis verifiable information provided by teachers might inhibit students who seek to disseminate lies and fantasy conspiracies that come from entertainment outlets masquerading as news organizations, like FOXNews.  This proposal would enable some body -- say, the exceedingly political state Board of Regents -- to fire teachers who challenge students to express a reasoned thought, rather than affirming the students' baseless beliefs;

(2), preventing -- without investigating -- an as-of-yet unimplemented, fully vetted Black history curriculum (the 1619 Project), designed by an Iowa native, from being taught in Iowa's K-12 schools. Why? Well, the sound byte provided by the conservative think tanks who wrote the legislation says our Republican legislators are "not sure the 1619 Project is accurate." Putting aside the reality, none of the legislators who rely on that canned answer have reviewed the 1619 Project curriculum, when is the last time the Iowa legislature vetted whatever is being taught to Iowa public school students in connection with history and civics to ensure the information presented to them is accurate?

[Don't answer that.  It's a rhetorical question].

(3) amending the Iowa Civil Rights Act to include, as a protected human right, the expression and affirmation of verifiably false claims so that some ignorant White "conservative" can sue every time he gets embarrassed or ashamed because s/he shot their mouth off and can't support their statement with any accurate, reliable source material.

Or, look at the stated desire of the majority of Iowa lawmakers [read: Republican legislators in the Iowa House and the Iowa Senate] to amend the Iowa constitution to prevent rational gun control measures, and to make abortion effectively illegal.

Or, please see the legislature's attempt to punish local school districts for refusing to put a big happy face on the COVID-19 pandemic, and force students into face-to-face learning in classrooms. Put another way, furthering a bill that would allow for the termination of district principals and school board members -- the ones who know the students -- for doing what they believe is in the students' best interest, while the Iowa governor -- the one who does not know the students -- attempts to make pretend that all is normal during a pandemic by mandating that they go back to school, irrespective of the pandemic.

No story-teller yet born can be witness to the priorities of this state government, fairly elected by Iowa voters, and proclaim that the Iowa caucuses should remain first in the nation because Iowans are "innovative," and that Iowa's voters have some superior sophistication that qualifies them over voters in the other 49 states, to vet presidential hopefuls before everybody else.

From all outward signs, time and time again, year after year, decade after decade, Iowa voters roll over and re-elect hayseeds from town and city alike, who, in turn, take away their rights.  Unless "determination" be synonymous with equivocation, or voluntary subjugation, there is no such quality on display here. The same is true for Mr. Lacher's next superlative: "energetic."  It takes no energy to re-elect unqualified people who pass laws that they haven't written, don't understand, and cannot defend without the assistance of talking points prepared at some east coast think tank.

An argument Mr. Lacher did not raise, but which comes up frequently, is that the Iowa caucuses provide every prospective Presidential candidate with a grueling "Baptism by fire" experience, because Iowans confront the candidate with intelligent, in-your-face, probing inquiries. Putting aside the fact, any state can provide Retail Politicking 101 if you give it first-in-the-nation status and the candidates start speaking there a year in advance of the primary, to the extent Iowans ever challenged candidates in such a way, they don't do that any more.

When is the last time you went to a pre-caucus candidate's rally and didn't hear a canned speech?  President Biden and Pete Buttigieg used audience questions to demonstrate their quick-wittedness but, overall, the questions were as beach balls being lobbed to the candidate, who was armed with a wiffle-ball bat.

When is the last time a candidate set up a war room with local campaign staff -- paid and volunteer -- to develop a list of important campaign issues, as opposed to a candidate who came to this state armed with a pre-determined set of talking points and priorities?

When is the last time the local campaign staff for any candidate regularly determined the venues for candidate rallies, and the hosts for those rallies, as opposed to staff having made phone calls to campaign-chosen hosts asking those hosts to arrange venues?

Let's just put all that aside, though, and be really frank: Joe Biden didn't win the presidency in 2020 because he was subjected to some Iowa-branded vetting process.  For one thing, he'd already run for president twice, such that the Iowa caucuses were ineffectual. For another, he came in fourth in the delegate count, demonstrating the irrelevance of the Iowa caucuses to his victory.

It's been a good ride. It's been a great deal of fun. But let's be honest: aside from the obvious -- that Iowa will no longer get an absurdly disproportionate amount of media attention, and money, when the caucuses go away -- nothing about this state warrants first-in-the-nation status.

No one believes that there is one.