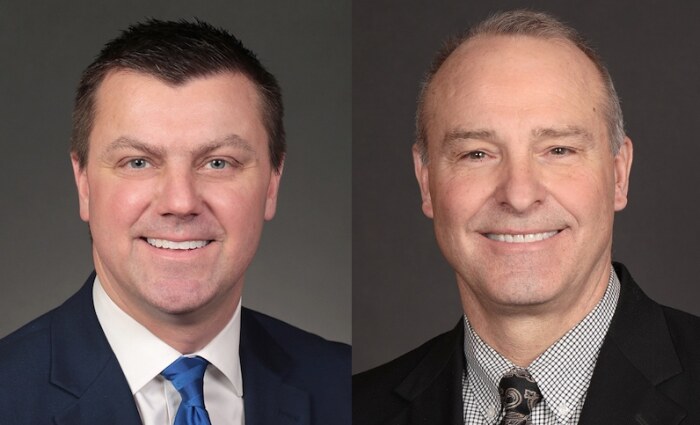 Passing a budget for the fiscal year that begins on July 1 is the most important unfinished business for the Iowa legislature's regular 2021 session. But House and Senate Republican leaders haven't found consensus on spending targets for several large pieces of the roughly $8 billion state budget.

In a move without precedent in decades, Senate Republicans declined this this year to participate in the joint appropriations subcommittees where lawmakers review and discuss agency spending requests. Senate Majority Leader Jack Whitver and Appropriations Committee chair Tim Kraayenbrink did not respond to Bleeding Heartland's inquiries about who made the decision or why.

Senate Republicans assigned members to the budget subcommittees before the current session, as usual. In a normal year, senators and representatives on those panels meet in January and February to hear agency presentations about their budgets. But meeting minutes available on the legislature's website confirm accounts by multiple Democratic lawmakers: senators have not attended any of those sessions in 2021.

For example, no senators were present when House members on the Administration and Regulation budget subcommittee heard from State Auditor Rob Sand and leaders of the Department of Administrative Services, which handles human resources, payroll, and procurement for state government. Senators missed the Justice Systems subcommittee meetings where House members had a chance to question top staff at the Homeland Security agency, the Department of Corrections, and the Iowa Judicial Branch. Senators also missed the meetings where representatives on the Education appropriations subcommittee questioned community college leaders and state university presidents, and where Health and Human Services subcommittee members heard a report on Iowa's Medicaid program.

State Senator Joe Bolkcom, the ranking Democrat on Senate Appropriations, commented in his latest legislative update, "I can't remember any time in the last 23 years that the Senate did not participate in joint appropriation subcommittee meetings." Speaking with others who have long followed Iowa legislative happenings, I have been unable to find anyone who recalls lawmakers deliberately avoiding such meetings.

Tom Witosky, who began covering the Iowa legislature for the Quad-City Times during the 1970s and was a political and investigative reporter for the Des Moines Register for many years, was also unaware of any precedent for this development. He commented,

There was a time when Senate Republicans took great pride in their familiarity with state spending. They understood that where they decided to put taxpayers money disclosed the priorities in improving Iowa’s quality of life. To simply ignore that responsibility is an abrogation of their duty.

By not scheduling budget subcommittee meetings, Republican leaders left "all the Senate members of both parties that serve on these committees without the key information on the needs and work of state agencies," Bolkcom wrote. He added,

Moreover, this is the dedicated space and time for members to ask questions about spending decisions or raise concerns about the work of the Executive Branch agencies. This is especially detrimental for new members who know very little about the budget and appropriation process. The budget subcommittees are where members learn about the budget and how the appropriation process works. I am sure Senate Majority Leader Whitver loves to have all the power over these decisions as he keeps his new members and Democrats in the dark.

Seven of the chamber's 32 Republicans and one of its eighteen Democrats were first elected to the Iowa Senate in 2020, so have no prior experience working on a state budget.

Although House Republicans have continued to hold budget subcommittee meetings, the Senate's non-participation creates problems. State Representative Chris Hall, the ranking Democrat on House Appropriations, said during an April 13 Facebook live event, "the communication that we’re hearing is that House and Senate budget leaders aren’t really talking to each other all that well." Senate Republicans introduced their health and human services spending bill on April 15, which is relatively late for the largest single piece of the state budget.

Hall explained that the lack of joint budget meetings "makes it harder for the public to understand what is happening with the state budget." More broadly,

Instead of looking for compromise in the middle, Hall said, GOP leaders are "potentially outmaneuvering each other on pet projects or trying to get something that is important to one side but has already rejected by the other" into budget bills. "It’s a bad formula for public policy.”

In every year of the Republican trifecta, policies with little connection to state spending have found their way into budget bills on the last day or two of the legislative session. Changes to judicial selection and the Iowa Supreme Court chief justice's term were added to the "standings" bill a day before adjournment in 2019. The omnibus budget bill approved on the final day of the 2020 legislative session was amended in the middle of the night to include new restrictions on handling absentee ballot request forms and provisions on electric transmission lines that are now being challenged in court.

I will update this post if Whitver, Kraayenbrink, or communications staff for Iowa Senate Republicans reply to emails seeking comment and clarification on the decision to bypass budget subcommittees.

UPDATE: State Senator Claire Celsi, a Democrat first elected in 2018, commented after reading this post, "In most cases, Senate Democratic staff got about 12 hours to read the budgets and inform us about what was substantially different from the House budget and last year’s budget. Then we had to vote."

LATER UPDATE: Several former legislators weighed in after reading this post. Darrell Hanson, a Republican member of the Iowa House from 1979 through 1994, commented on Facebook, "I certainly don't recall this ever happening before. But then I've only been paying attention since 1977 (when I staffed the natural resources and agriculture budget subcommittee for the Senate GOP caucus), which was only 44 years ago."

Phil Wise, a Democrat who served in the Iowa House from 1987 through 2008, said in the same Facebook thread,

I personally have knowledge of the past 34 years of the budgeting process of the Iowa General Assembly. This refusal to hold joint budget subcommittee meetings is without precedent. The practice does not reflect incompetence. It reflects corruption. Subcommittee meetings are not just for legislators. They are also for the public. This is just the latest example of Iowa Senate Republicans' hostility to open government and democratic norms.

Greg Stevens, a Democrat who served in the Iowa House from 1999 through 2004, summed it up this way: "Republicans in Iowa just don't want to govern. It's so sad."

FINAL UPDATE: Kathie Obradovich noted in a commentary for Iowa Capital Dispatch, "The Senate GOP majority decided not to engage in even the most basic of work on the state budget by skipping joint appropriations subcommittee meetings with the House. They claimed COVID as the reason, and yet neither chamber instituted even basic infection-prevention protocols to keep their own members and the public safe."

On many occasions, unmasked Republican senators have sat side by side during subcommittee or committee meetings. So it's not credible to say avoiding joint budget subcommittees had anything to do with the pandemic.