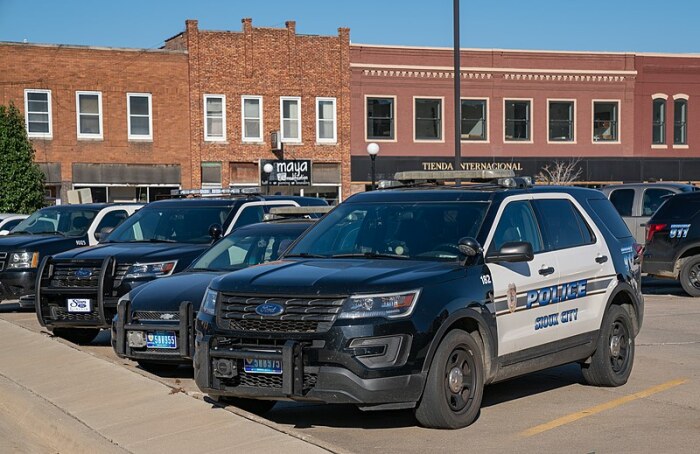 Iowa can lead the way

Bruce Lear: A bipartisan policing reform law enacted last year was supposed to be a start. As it turned out, that bill was also the the end. -promoted by Laura Belin

When a police officer pulls me over for a traffic stop, I don’t think death sentence. I think where is my registration and insurance card, and what did I do now?

That’s white privilege, and that’s not how any of this should work.

I know it’s possible to honor and respect the police, and still be horrified when unarmed person of color is murdered by a police officer, often on video, and then the officer is exonerated by internal investigation or by the courts.

I also know there is a middle ground between the “Defund the police” crowd and those who know we need strong, fair, well trained, law enforcement not required to play the role of social worker or psychologist.

Something has to change in this country. Iowa lawmakers took a first step in 2020, but didn’t follow through this year.

The spring and early summer of 2020 was a dark time due to rising hospital admissions, home isolation, closed schools, shuttered business, and protests exploding over a white cop burying his knee in a Black man’s neck until he died. But a sliver of hope came from an unlikely place.

On June 11, the Iowa legislature did something extraordinary, that almost made us believe our representatives were listening.

In just one day, all representatives and senators voted in favor of “The More Perfect Union Act” as a response to the Black Lives Matter protests that had erupted in Iowa and across the country. Governor Kim Reynolds signed the bill the next day.

The bipartisan bill did four positive things. It banned most police choke holds. It made it illegal to rehire police fired for misconduct. It allowed the Iowa Attorney General’s office to investigate police misconduct rather than leaving investigations to county attorneys. Finally, it required each police department to provide de-escalation training for all officers.

It was a start. But as it turned out, that bill was also the the end.

Politicians from both sides of aisle agreed there was still work to be done. They assured Iowans this law was only the beginning. This year, we have learned what the majority party really meant.

The 2020 bill didn’t address racial profiling and was silent on qualified immunity, a legal concept that shields individual police officers from civil suits. Instead of building on what passed last year, the Republican majority took a hard right turn and pushed a more partisan approach in Senate File 342, the so-called “Back the Blue bill.”

The original version of this bill was bipartisan and cleared the Iowa Senate unanimously in early March. Later the same month, senators passed a separate bill along party lines (Senate File 534), which increased penalties for crimes related to protests.

When House members considered Senate File 342 on April 14, they approved a wide-ranging amendment that made the bill much more punitive and incorporated provisions from the other Senate bill on policing. The House passed the revised bill by 63 votes to 30, with eight Democrats (Wes Breckenridge, John Forbes, Steve Hansen, Chris Hall, Eric Gjerde, Kenan Judge, Charlie McConkey, and Dave Williams) joining most Republicans to vote in favor, and two Republicans (Eddie Andrews and Jeff Shipley) joining most Democrats to vote against.

Here are some provisions in the current version of Senate File 342, which goes back to the upper chamber for debate:

If protesters block traffic and have no permit, a driver who plows into them is immune from civil liability even if the driver is grossly negligent.

The penalty for engaging in a riot is increased to a class D felony, which could result in five years in prison and loss of voting rights. The bill doesn’t define a riot.

The penalty for engaging in an unlawful assembly increases from a simple misdemeanor to an aggravated misdemeanor, which could result in two years imprisonment.

The bill also establishes qualified immunity in Iowa Code, using a federal approach which will mostly block citizens from successfully suing police officers who violate their constitutional rights. (The Iowa Supreme Court had outlined a standard that was more favorable to plaintiffs in a 2018 case.)

It prevents police officers from being fired for being on a “Brady list,” which county attorneys maintain for police officers they are keeping an eye on because of previous misconduct.

In essence, instead of building bridges between angry groups taking to the streets in protest and police officers trying to protect cities and towns, this bill builds a wall.

Iowa could lead the way on policing reform by building on the 2020 law and adding three new provisions:

This state has been a leader for the country in marriage equality. We can lead again in social justice reform if the majority party decides to use a bipartisan approach to a serious problem.