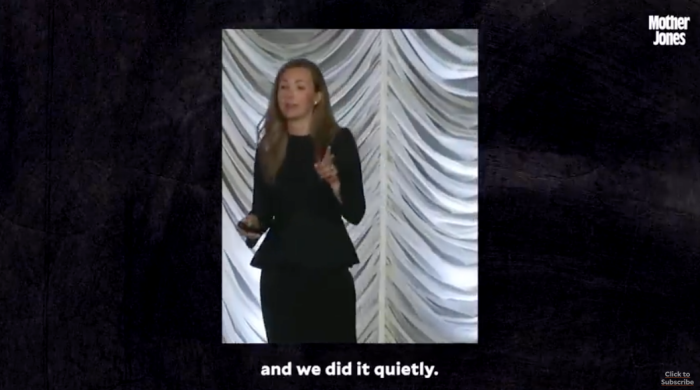 The Iowa Ethics and Campaign Disclosure Board is seeking further information on Heritage Action for America's efforts to lobby state government. The Associated Press was first to report on May 14 that the agency's top staffer Mike Marshall asked Heritage Action's executive director Jessica Anderson for details on her Iowa government contacts.

The previous day, leaked video showed Anderson bragging to Heritage donors that her group had “worked quietly" with Iowa lawmakers to help draft and support a new election bill, getting it passed with "little fanfare."

In a letter emailed to Anderson (enclosed below), Marshall noted that Iowa law requires lobbyists "to register and file certain disclosure reports." He asked her to "disclose the nature and extent of Heritage Action’s communications with any state agency or statewide elected official in the past year relating to legislation, administrative rules, or executive orders."

The Iowa Ethics and Campaign Disclosure Board is charged with enforcing state laws on lobbying the executive branch, so Marshall also asked Governor Kim Reynolds's office to "check their records regarding any such contacts" with Heritage Action.

Erin Murphy reported for Lee Newspapers on May 17,

Marshall said if any materials show Heritage Action made contact with the governor’s office regarding the legislation, the board would at a minimum require Heritage to belatedly register as a lobbyist and file any required reports. The board also could pursue disciplinary action, which could result in fines up to $2,000 for each offense, Marshall said.

The Iowa House and Senate Ethics Committees would have jurisdiction to investigate the conservative group's undisclosed lobbying of state lawmakers. The legislators who introduced and floor managed the election bill, State Representative Bobby Kaufmann and State Senator Roby Smith, have denied Heritage Action's representatives communicated with them or influenced their work in any way. The only three lobbyists who did register in favor of the new voting restrictions told Bleeding Heartland last week they were unaware of any work by Heritage Action while the bill was pending.

Iowa Senate Minority leader Zach Wahls said in a statement on May 17 that Smith "should turn over any records of contacts with anyone affiliated with Heritage Action, including emails, letters, messaging memos and phone records."

Whereas Kaufmann spoke to several reporters within hours of Mother Jones publishing the video, it took Smith about 24 hours to send a written denial to the Des Moines Register. The senator filed multiple versions of the election bill, including a wide-ranging amendment after the only opportunities for public input had passed. The provisions Heritage Action claimed credit for were not among those late additions to the bill. 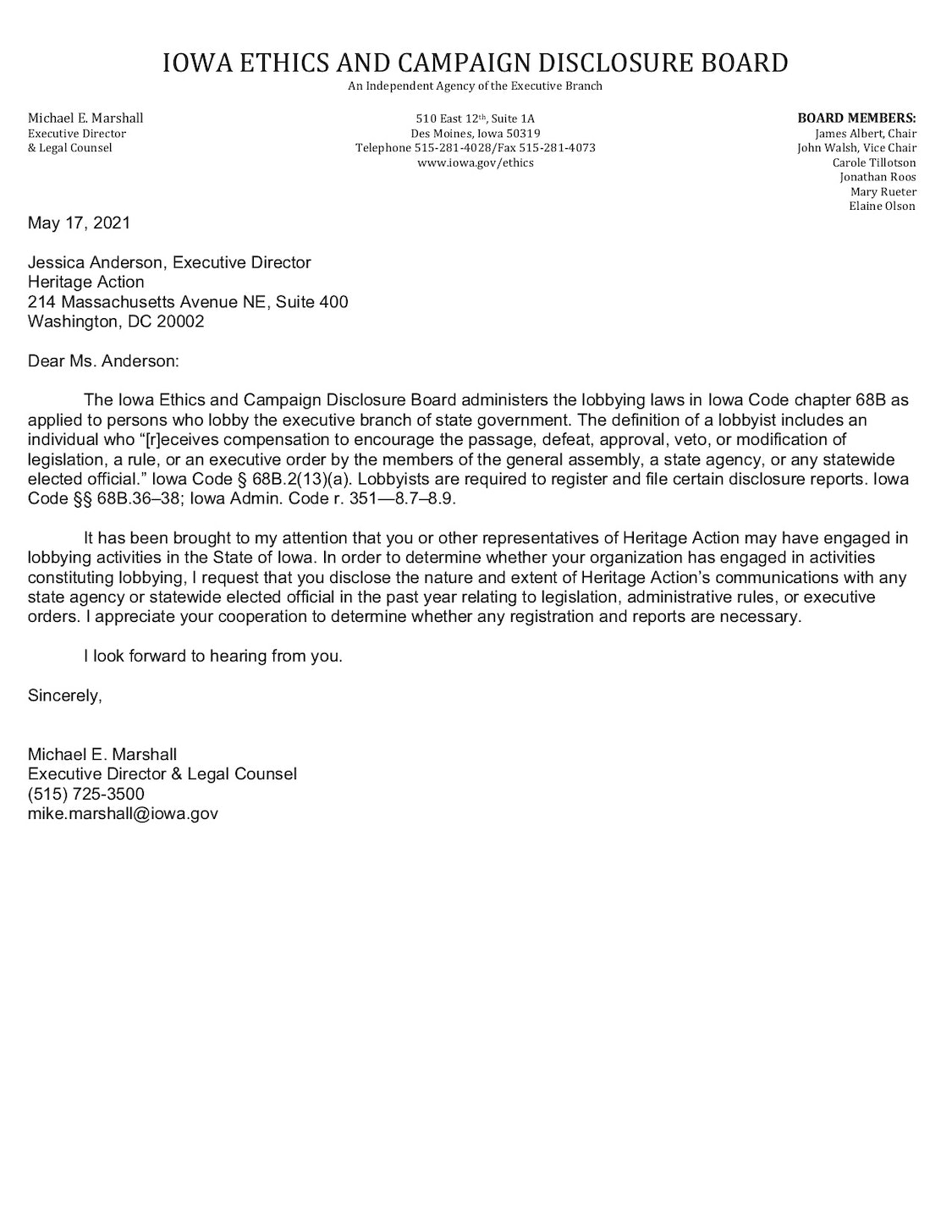 Top image: Screenshot from video first published by Mother Jones on May 13.