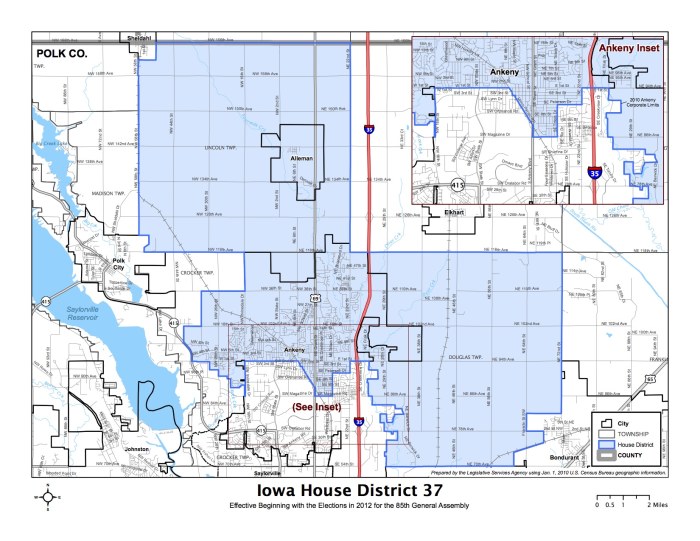 I'll have more to say about this race once the field is set. Democrats nominated Andrea Phillips at a special district convention on August 7; Republicans have not yet selected a candidate.

For now, I want to touch on the opportunities and challenges this short campaign presents.

WHY THE RACE MATTERS

At first glance, the House district 37 special election is a low-stakes affair. Republicans will remain in control of the Iowa House regardless of the outcome. Who cares whether the GOP majority during next year's session is 59-41 or 58-42?

For one thing, the winner will go into the 2022 election with incumbency advantages.

In addition, this district was a top-tier race in the 2020 cycle. Democrats spent nearly $800,000 on the last campaign here, while Republicans spent about $575,000. The special election outcome will be an early sign of whether the Des Moines suburbs will continue to trend purple or revert to Republican status now that Democrats run the federal government.

Finally, GOP leaders hoping to pass some bills that couldn't get through the Iowa House this year can't afford to lose even one seat for the 2022 legislative session.

Explosive growth in and around Ankeny since 2010 has made House district 37 far larger than most other Iowa legislative districts. The latest official figures show the district contains 29,969 active registered voters. Of the 100 state House districts, only district 44, which contains fast-growing Waukee, has a larger electorate.

Getting out the vote for a September special might not involve contacting every registered voter. Limiting the target universe to those who participated in the 2020 general election doesn't narrow the field by much, though. Landon defeated Phillips last November by 14,309 votes to 12,578. Again, only House district 44 had more voters cast ballots for a state House candidate.

In many Iowa House districts, the total vote for both candidates last year was in the 14,000 to 16,000 vote range. In some districts, fewer Iowans cast ballots than the number of votes Phillips alone received in House district 37. I expect both parties to spend money on direct mail and tv, radio, and online advertising before September 14. But effective GOTV plans usually involve phone banking and door knocking as well, which will require a massive volunteer effort.

NO TRUMP ON THE BALLOT

House district 37 is favorable terrain for the GOP. Some 10,899 active registered voters living there are Republicans, while 9,358 are Democrats and 9,422 have no party affiliation.

By last year, the suburban shift away from Trump was apparent. The president carried House district 37, but with just 50.1 percent, compared to 48.0 percent for Joe Biden. Trump won the state by 8 points.

Turnout for a special legislative election in September won't be anywhere near last November's level, and it's unclear who benefits more from that reality. Trump brought out huge numbers of low-propensity voters who supported him, but he also mobilized a lot of his ardent opponents. Which side is more fired up now? What issues will drive people to cast a ballot in a state House race?

Since at least 2009, Iowa Democrats' strategy in every special election has been to bank as many early votes as possible. That approach has delivered some important victories.

But during this year's legislative session, Republicans made it much more difficult to execute a successful early GOTV drive.

Under the previous law, the Polk County auditor's office could have started mailing absentee ballots to voters 29 days before the election (in this case, August 17). Those ballots could have been counted if mailed and postmarked on or before September 13, as long as they arrived by September 20.

Under the new law, the auditor's office can't start mailing absentee ballots until 20 days before the election (August 25). Mail going from point to point within Polk County tends to arrive quickly, so we can assume House district 37 residents wanting to vote by mail will have their ballot in hand by September 1. But now, those ballots can be counted only if they arrive at the auditor's office by 8:00 pm on September 14.

The Ankeny Area Democrats are extremely well-organized. But volunteers can no longer run "ballot chase" operations, because Iowa's new law severely restricts who can hand-deliver a completed absentee ballot. Those provisions are being challenged but remain in effect pending resolution of a lawsuit filed by the League of United Latin American Citizens.

The upshot is that if hundreds of Ankeny residents leave it late to fill out their absentee ballots, Democrats can't send canvassers out to pick up those ballots and return them to the county auditor in downtown Des Moines. And if the procrastinators put their ballots in the mail shortly before September 14, many of those ballots may arrive late and go uncounted.

These new barriers (part of a national GOP strategy to curtail early voting) were designed to suppress Democratic votes. They will inconvenience and possibly disenfranchise some Ankeny area Republicans as well, but Phillips risks leaving more votes on the table, because Iowa Democrats have relied more on early voting in recent years.

A forthcoming post on the House district 37 special election will provide background on the candidates and dive into the precinct-level data from 2020.