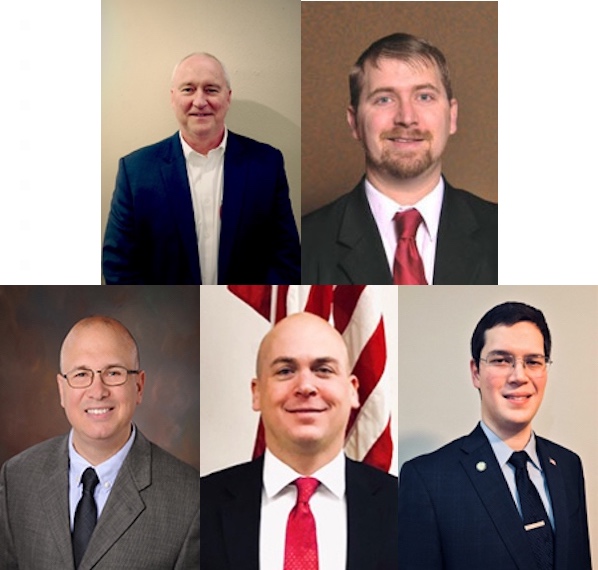 Bruce Lear discusses some questionable state and local decisions on how to use federal COVID-19 relief dollars. -promoted by Laura Belin

When I was in college, I came down with a bad case of sophomore smugness. In the middle of what I thought was a brilliant rant, my dad reminded me, “There is a reason you have two ears and only one mouth. Consider using them in proportion.” He was right.

As federal COVID-19 relief funds flow to local and state governments, there has been little listening and a whole lot of group-think and group-speak. After all, the only thing harder than cutting a budget for politicians is deciding how to spend one-time, unexpected money poured into their coffers.

The best example of non-listening came in August 2020 when Governor Kim Reynolds decided to use $21 million in CARES Act funds to upgrade a computer system for payroll and finance while a pandemic was burning through Iowa. Real leaders were screaming for the money to be spent on testing and better mitigation strategies.

The state had signed contracts to purchase the Workday computer system before anyone dreamed of a global pandemic. The governor wouldn’t listen until State Auditor Rob Sand and officials from the U.S. Treasury's Office of Inspector General got her attention.

Reynolds came down with sophomore smugness again in April, when she proudly announced during a Fox News event that she was returning $95 million in American Rescue Plan funds intended for surveillance testing for COVID-19 in K-12 schools.

She didn’t consult with school administrators or listen to Iowa school boards about the desperate need for testing. She made a political calculation.

Top Iowa Republican lawmakers didn’t learn from Reynolds' mistakes. During the 2021 legislative session, instead of thinking about how to spend the billion-dollar windfall from the feds, they deferred any decision regarding American Rescue Plan funds until next year. Iowans desperately needed recovery funds immediately.

Perhaps legislative leaders are now scheming to find a way around the federal moratorium on using COVID-19 relief money for tax cuts, which Republicans love to tout in their campaign ads.

But those under the golden dome aren’t the only politicians who don’t listen. Take the Woodbury County supervisors.

Woodbury County voters approved a ballot initiative last year to build a new jail on the outskirts of Sioux City. It’s needed because the old jail is falling apart and is busting at the seams. We can debate whether county leaders let the current jail deteriorate to create an urgent need, but that might be best left for a future article.

We could also argue that new federal sentencing guidelines might reduce the number of federal prisoners and therefore future overcrowding in the jail, but again that might be for later in depth analysis.

The supervisors put the construction up for bid, and like bids frequently do, they came back much higher than expected. As officials pondered how to cover the cost overrun, the federal government enacted a COVID-19 relief package that directed about $20 million to Woodbury County.

It was like manna from heaven. The five Republican county supervisors voted unanimously to use $15.6 million of the American Rescue Plan funds to cover the increased cost for the new jail, a project in the works for five years. They rationalized the use of this money by saying the pandemic caused the the shortages of supplies, material, and labor, which drove up costs. According to that logic, every consumer item available for purchase could be bought with COVID-19 relief funds.

The supervisors also decided to award the bid to an out of state contractor. For them the miracle continued. COVID-19 relief dollars are exempt from the Davis-Bacon Act requiring federal projects to pay the prevailing local wage for laborers. So the Woodbury County supervisors don’t have to comply with that pesky 1931 labor law.

As a result, local union construction workers are out of luck. So are county citizens, who had few opportunities to provide input prior to the decision. After the supervisors approved the plan, a number of community members objected strongly. But instead of listening, Supervisor Matthew Ung ridiculed those who spoke against the plan.

Contrast the county board’s approach with how Sioux City school board members decided to allocate American Rescue Plan funds. Instead of keeping the conversation within their small circle, they surveyed parents, staff members, board members, and administrators to learn what the community thought.

While I might quibble with the pre-selected choices provided on that survey, at least the school board heard from stakeholders before deciding on how to spend $38.9 million in COVID-19 relief money. They haven't finalized the plan, but staff, parents, and board members agreed on some proposals: increased mental health services for students, add teachers, improve ventilation, on site testing, homework club, and summer programing. Administrators preferred other priorities.

I’d add a couple more options, since those choices might not take the whole amount allocated and there may be funding available from previous allocations. Every medical expert is saying the way to keep kids safe is to surround them with vaccinated people.

For that reason, I’d take some of that relief money and make schools even safer by offering every staff member who works with kids a $1,000 bonus if they show a completed vaccination card. By staff, I mean every adult who interacts with students on a daily basis, and that includes bus drivers, para professionals, lunch people, custodians, teachers, nurses, coaches, and administrators, etc.

Yes, that would be throwing money at a problem. But the state's new law banning so-called "vaccine passports" is preventing school boards from asking who is vaccinated, and board members seem reluctant to test the validity of the law. My idea would be a way for school boards to circumvent the absurd law.

Let’s not let our politicians turn into smug sophomores. Let’s remind them loudly their job is to listen before taking action.