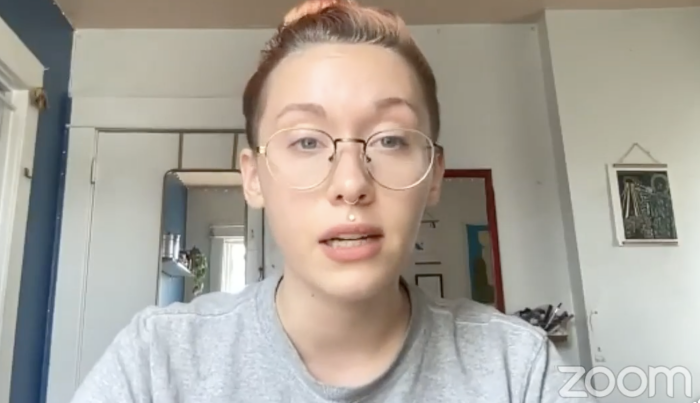 It's been a rough week for abortion rights advocates. Many of my own friends, relatives, and acquaintances feel helpless and hopeless in the face of Roe v Wade's likely demise. These people don't need to be reminded to vote. But voting for Democrats hasn't stopped the rollback of reproductive rights. Anyway, the next opportunity to vote for pro-choice candidates is six months away.

If you believe no one should be forced to continue an unwanted pregnancy, here are some concrete ways to help keep abortion available for those who need the procedure.

Donate to an abortion fund.

Bridget Read and Claire Lampen argued at The Cut on May 3,

If you’re feeling terrified and want to take action, the best thing you can do is donate to an abortion fund: an on-the-ground organization that helps arrange and pay for abortion care for patients who need it. In states where access has been whittled away almost entirely, these funds also help pay for transportation and lodging for patients who have to travel hours, sometimes crossing state lines, just to access health care.

If you're not sure how to find an abortion fund in your area, Read and Lampen linked to state-based abortion funds across the country. GQ linked to national or regional funds (including the Midwest Access Coalition), as well as those serving specific populations, like Indigenous Women Rising.

The Iowa Abortion Access Fund provides financial assistance to about 62 Iowans each month, according to board member Frieda Bequeaith. During a May 4 virtual press conference organized by Planned Parenthood Advocates of Iowa, Bequeaith said the fund "existed since before Roe v Wade, and we are prepared to exist after it."

They explained that the fund is not need-based. Anyone who asks for help receives help. Repayment is optional. 100 percent of donations received "go directly to paying for the costs of abortion."

Although abortion remains legal in Iowa, Bequeaith noted that many Iowans already lack access. By way of example, they said a medication abortion costs hundreds of dollars, just for the procedure. That doesn't include travel or child care expenses, or the cost of missing work.

You don't need to have spare cash to make a meaningful contribution to abortion providers in your area.

Speaking to The Cut this week, Oriaku Njoku, the co-founder and executive director of Access Reproductive Care–Southeast in Atlanta, suggested contacting your local abortion fund to see what kind of help they could use. In addition to obvious ways of volunteering like serving as a clinic escort, you may have other valuable skills, like being able to offer IT support or assistance with event planning or media outreach.

During the May 4 virtual press conference, Bequeaith suggested volunteering with a local mutual aid project, or starting one in your area.

Be vocal about supporting abortion.

Bequeaith emphasized the importance of standing up for abortion in ways besides voting. She urged like-minded people to talk about the issue with co-workers, family, and friends.

Another way to express your support for abortion rights is to attend a rally or demonstration. A rally for reproductive rights is scheduled for Saturday, May 7, at 3:00 pm, on the west terrace of the state capitol grounds. Other events are being planned around the country next week.

In The New Handbook for a Post-Roe America: The Complete Guide to Abortion Legality, Access, and Practical Support, Robin Marty offers tips on how to protest an anti-abortion protest or do civil disobedience in the service of reproductive rights. Marty wrote that book soon after Justice Anthony Kennedy retired from the U.S. Supreme Court in 2018, and updated it last year.

Obtain supplies for yourself or someone who may become pregnant.

As more states pass laws banning abortion at all but the earliest stages of pregnancy, it will be even more important to prevent unwanted pregnancies, or at least detect them as soon as possible. Bequeaith recommended the My IA Condoms website, which provides safer sex supplies for free.

Marty now works at an abortion clinic in Alabama, and during a 2021 appearance on the Access podcast, she recommended ordering bulk pregnancy tests for anyone "living in a state where you would need to know immediately" if you were pregnant. She said tests that have only the strips and not the plastic holders are very affordable online; a package of 50 may cost only eight dollars.

Emergency contraceptives, often known as "Plan B," are also valuable. But Marty discouraged people from stockpiling those if they have no way of distributing them. Doing that could lead to supply shortages for those with an urgent need. She recommends that people who could become pregnant keep one emergency contraception package for themselves and possibly a second one, in case a friend needs it.

Cautionary note: Plan B may not be effective for people weighing more than about 155 pounds.

While some funds offer medication abortion supplies, Marty cautioned during the Access podcast that there is no guarantee those will arrive quickly after pregnant people order them. (Mifepristone is most effective when used up to ten weeks gestation.)

Online safety is essential for anyone seeking out abortion-related resources, and Marty discusses that at length in the second edition of her handbook. For those living in states where abortion may soon be banned (that could include Iowa), she advises creating burner accounts to use on Reddit or in any Facebook groups related to abortion.

Attorney and activist Elizabeth McLaughlin tweeted additional wise counsel this week: "If you are using an online period tracker or tracking your cycles through your phone, get off it and delete your data." Governments that ban abortion may find ways to obtain that data from private companies and use it to investigate anyone who misses a few periods.

Top image: Frieda Bequeaith, Board Member of the Iowa Abortion Access Fund, speaks during a May 4 virtual press conference organized by Planned Parenthood Advocates of Iowa.