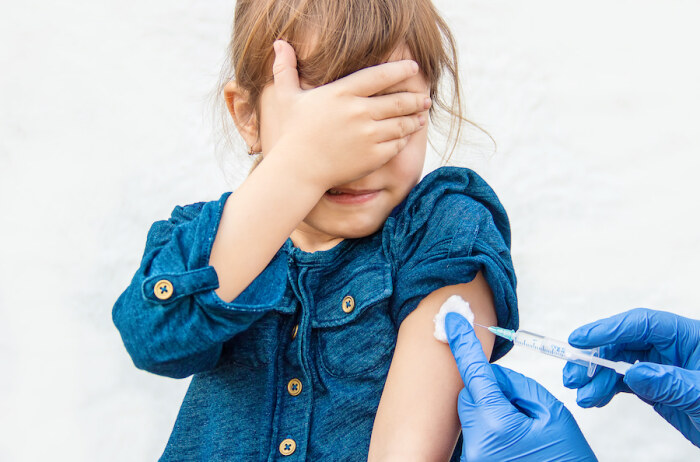 Iowa Republican lawmakers gave anti-vaccine forces a parting gift on what may be the final day of the 2022 legislative session. On a party-line vote of 29 to 16, the Senate approved a ban on COVID-19 vaccination requirements for young children in day care or students at any level of education.

House members approved House File 2298 in February, and the bill made it through the Senate Judiciary Committee in time for the legislature's second "funnel" deadline. It had languished on the "unfinished business" calendar for two months as House and Senate leaders negotiated behind the scenes on various unresolved issues.

House members spent only a few minutes debating this bill on February 28. Floor manager Henry Stone simply said the measure "does not allow licensed child care centers, elementary, secondary, and post-secondary schools to require the COVID-19 vaccine for enrollment, whether virtual or in person."

Democratic State Representative Sharon Steckman noted that the legislature was trying to tell privately owned day cares, schools, and colleges what they can and can't do. She urged colleagues to oppose the bill "for that reason, and for kids' safety."

The lower chamber approved House File 2298 by 57 votes to 36. The vote fell mostly along party lines, but Democrats Ras Smith and Kristin Sunde supported the bill, while Republican Brian Lohse voted against it.

When the Senate took up the bill on May 24, Minority Leader Zach Wahls asked about the motivation. Republican floor manager Jason Schultz said the measure was a "continuation" of efforts to protect Iowans from mandates related to COVID-19. He denied the bill targeted vaccines generally or would lead to legislation restricting mandatory immunizations against diseases like polio or measles/mumps/rubella.

Wahls followed up: "What's the difference between those vaccines and this vaccine?" Schultz replied, "Time, process, and acceptance."

Democratic State Senator Joe Bolkcom spoke next, characterizing the bill as part of a broader effort to reduce parents' confidence in many life-saving vaccines and "undermine vaccinations." The lobbyist declarations show five conservative or anti-vaccine organizations advocated for House File 2298, while eight medical or public health organizations opposed the legislation.

The latest Iowa Poll by Selzer & Co for the Des Moines Register and Mediacom found a sharp drop in support for requiring other childhood vaccinations (not COVID-19) since the survey last asked about the issue in 2015. In addition, the new polling found partisan views were correlated with opinions on vaccine mandates, with Republicans far less likely to support the policy. (The 2015 poll found no significant difference in views based on partisan affiliation.)

Bolkcom noted that Schultz has discouraged Iowans from getting coronavirus vaccinations. When the Senate Judiciary Committee considered House File 2298 in March, Schultz advocated for it on the grounds that "We need to put to rest that COVID-19 is an effective and safe vaccine." He also claimed (wrongly) that vaccinations and booster shots "are not effective.”

During the May 24 debate, Democratic State Senator Claire Celsi warned that without vaccination mandates for day care centers, fewer children would be vaccinated and more would become ill. That would force parents to take more time off work to care for sick children, in effect punishing parents for lack of good public health policy.

In his closing comments, Schultz said he was "not going to take the bait." He denied House File 2298 harmed parents. Rather, he said, it would protect parents from an institutional mandate.

To my knowledge, Governor Kim Reynolds has not commented publicly on this proposal. But it's a safe bet she will sign it, since she has criticized COVID-19 vaccine mandates in other contexts and touted her own efforts to protect Iowans' freedom to choose whether to be vaccinated.

In March, House GOP leaders brought legislation to the floor that would not only have banned vaccine requirements in schools, colleges, and child care centers, but would also have prohibited private employers from requiring that employees show proof of COVID-19 vaccination status. That proposal went down to a rare defeat on the House floor, though some of the opposition stemmed from unrelated provisions on granting legal immunity to trucking companies.