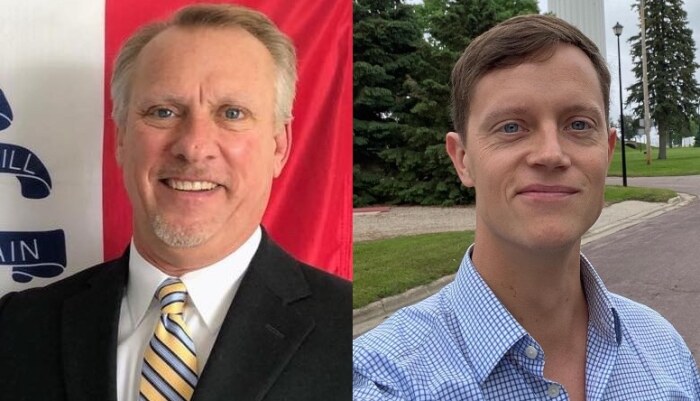 The establishment candidate should have focused more on the Iowa Republican primary for state auditor.

Unofficial returns from the June 7 election show Mary Ann Hanusa received 79,875 votes (48.8 percent) to 83,843 votes (51.2 percent) for Todd Halbur. The result shocked me, since Hanusa had the public backing of the governor, most of Iowa's Congressional delegation, and many state legislators, whereas Halbur was virtually unknown when he filed nominating papers in March.

But Hanusa did little to reach Republicans who turned out in large numbers this week, due to the many competitive legislative primaries around the state.

Although Hanusa has been on half a dozen general election ballots, she hasn't had to duke it out in a primary. Republicans nominated her for secretary of state in August 2006 after that year's GOP primary winner dropped out.

A "smooth handover" later cleared her path to serve in the Iowa House. On the last day of the March 2010 candidate filing period, Hanusa submitted nominating papers in a Council Bluffs district where the GOP incumbent had not announced his plans to retire. She went on to win five Iowa House races before retiring from the legislature in 2020.

Hanusa had good reason to be confident going into the state auditor primary. Big names endorsed her early. She traveled with other GOP statewide candidates to the party's district conventions in late April on a private plane belonging to major donor David Barker.

In contrast, Halbur had no high-profile supporters. In one recent radio interview, he touted his past experience as a banker and chief financial officer for Iowa's Alcoholic Beverages Division. But he wouldn't have been a household name anywhere in the state.

According to disclosures filed last month, Halbur's campaign raised only about $7,000, roughly half of that amount coming from the candidate or his relatives. As of mid-May, he had spent a small amount on signs or printing but reported no spending on advertising other than $500 for ads that reached GOP district convention delegates. Halbur's Facebook page had fewer than 150 followers.

Halbur did not reply to phone or email messages seeking comment on his surprising victory.

I would guess that most of the 163,718 Republicans who checked a box for state auditor knew next to nothing about either candidate.

Hanusa didn't raise much money—only a little more than $25,000 during the first four months of her campaign. (A single donor gave about 20 percent of the total.)

The establishment pick didn't use her limited resources wisely either. From January to mid-May, Hanusa spent around $13,000, which covered a staffer's salary, a website, some campaign signs, and other incidental expenses. In a race between two little-known contenders, even a small radio buy or series of local newspaper ads could have given Hanusa the boost she needed to come out ahead.

In the weeks leading up to the primary, Hanusa attended some Republican events and posted on her Facebook page about support from prominent figures like Senators Chuck Grassley and Joni Ernst, Governor Kim Reynolds, and Representatives Mariannette Miller-Meeks, Ashley Hinson, and Randy Feenstra. But that Facebook page had fewer than 500 followers, and the candidate wasn't reaching large crowds at most of the in-person events.

The surprising GOP result is good news for State Auditor Rob Sand. He's sitting on more than $1 million in his campaign account. Hanusa's failure to secure the nomination makes it less likely that Reynolds or the Republican Party of Iowa will pour massive resources into defeating Sand, one of three Democrats now holding statewide offices.

UPDATE: Some readers have speculated that sexism played a role in this outcome. It's certainly possible that knowing nothing about either candidate, many Iowa voters would prefer the man. Women including Joni Ernst and Mariannette Miller-Meeks have beaten male competitors in GOP primaries, but they were able to use direct mail and paid advertising to raise their name ID with voters.