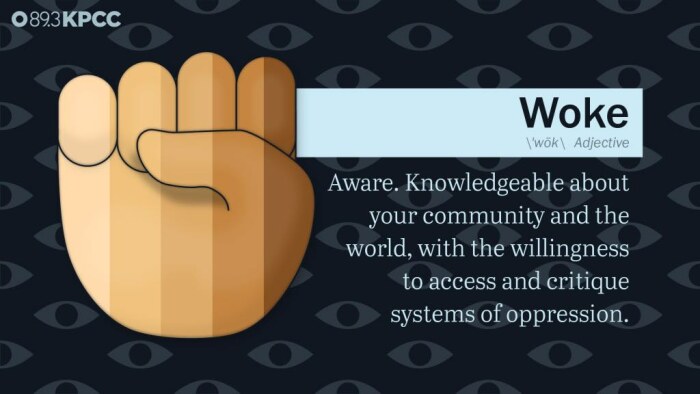 School "transparency" is a cruel hoax

Gerald Ott of Ankeny was a high school English teacher, and for 30 years he was a school improvement consultant for the Iowa State Education Association.

The Kansas City Star’s editorial board warned its readers on June 2 that “the arch conservative Liberty Alliance has created a Woke Heat Map.” The website is an interactive map of Missouri with dots representing “hot spots” where, as the Alliance claims, “the Woke Agenda … is permeating.”

The Alliance is a faction of ultra-right zealots who use a website to undermine democracy—and raise money from an easily duped clientele. The Springfield (MO) News-Leader reports one hotspot in its area, and six in St. Louis, three in Kansas City, and one in Columbia with alleged “woke agendas” — “where toddlers are groomed with sexually explicit books.” This was in the first week.

It’s fraud. In nearly all cases, the New-Leader says, the documentation used to designate a “woke” hotspot is based on a tweet, column, or article from a conservative leader or platform.

Tap a dot in the Kansas City area and the map takes you to the March 22 edition of “The Heartlander,” a newsletter favoring alarmist right-wing rhetoric. This edition points to The Pembroke Hill School, a self-described “progressive, inclusive, secular, coeducational, independent, preparatory school.” The school has become the epitome of success, showing what ample resources can actually achieve.

In ordinary terms, Pembroke Hill is a renown private school for young children through grade 12, located in the exclusive Country Club Plaza area of Kansas City. The Heartlander sought out an anonymous “concerned citizen” who detailed in alarmist language the school’s attention to diversity, equity, and inclusion training, and (in a letter to families) suggested parents  “acknowledge the existence of systemic racism both in our country and in our school.”

Not ironically, each dot is a school where, as the Star’s editors say, “someone has raised a stink about one of the right-wing culture war outrages of the day: diversity training, a lesson about George Floyd, ‘gingerbread person’ cookies.” At best, the editors write, the map is irresponsible, given our deeply polarized political climate and the volatility of school board meetings in recent months.

The Alliance website also includes a clickable response form for readers to report (vigilante-style) instances of “woke efforts happening across the state” — described as “insane happening in your community.” The Alliance wants readers to “help us expose the Radical Left by filling out this form!”

Why is all of this important for Iowans to know?

The same Iowa Senate bill that proposed vouchers for private school attendance also contained a version of what is euphemistically called a “parents bill of rights.” A similar bill, approved by the Iowa House, required that parents to be given access to schools’ library catalogs, classroom materials, and other information. In one version, the legislature spelled out a simple process for a parent to call out suspicious (woke) lessons.

It’s not hard to imagine a “Woke Heat” button on a website to report imagined violations of “rights.” Some call it “transparency.” Don’t be fooled.

Governor Kim Reynolds worked with House and Senate leaders to make a deal on school vouchers and an education transparency bill. Although the bill did not pass during this year's legislative session, she has said she will push for it, in combination with the school voucher plan, if she’s re-elected. Chaos unbridled.

Iowa Senate Majority Leader Jack Whitver (also up for re-election this year) told reporters during the May 27 episode of the Iowa PBS program Iowa Press,

[W]e just kind of made a joint decision that it's either all going to go or we're going to continue to work on it. But the entire bill to me is about empowering parents in their kids' education and when the bigger part, the House didn't find the votes for the bigger part we decided we're going to keep working on it and we'll come back next year.

Keep in mind that “transparency” is a euphemism for finding ways to attack teachers, school principals, school boards, progressive parents, or PTAs — anyone who believes democracy is enriched by diversity, equity, and inclusion. Calling out, threatening, shunning, or destroying the public’s confidence in the democratizing power of public education is a cruel hoax. There’s a Bible verse about it somewhere.

The Liberty Alliance in Missouri shows the lengths to which the right wing will go to identify and discredit schools for providing diversity, equity, and inclusion training and instruction. Or any instruction perceived to be critical race theory, or books or lessons that acquaint children with LBGTQ+ issues or concerns, or raise the eyebrows of the religious right. Liberty Alliance is a misnomer.

Such a law would entangle school districts in near endless production of curricular sources and materials, ultimately leading to meritless and expensive lawsuits. Chaos.

Experienced teachers will leave, the scope of learning will be narrowed, democracy diluted, critical thinking debunked, and kids less well prepared for the real world ahead.

Education will be on the ballot in November 2022. That’s less than five months, folks.