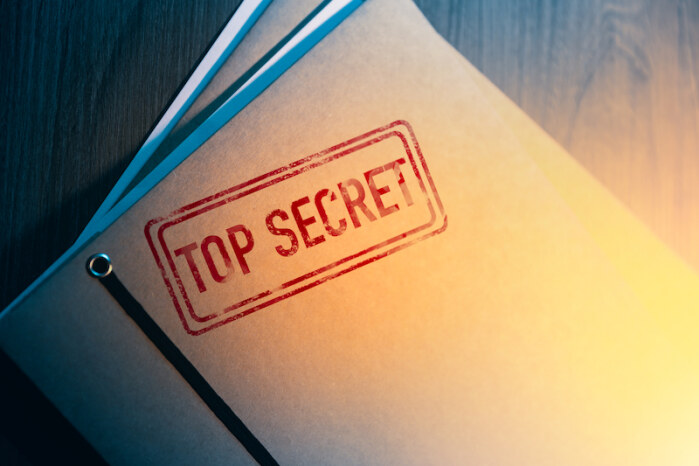 Iowa's Republican members of Congress were quick to cast doubt on the FBI's search of former President Donald Trump's Florida residence. Senators Chuck Grassley and Joni Ernst, and Representatives Ashley Hinson and Randy Feenstra demanded more information from the Justice Department about the reasons for the "unprecedented" action. Representative Mariannette Miller-Meeks suggested that investigating Trump was a waste of taxpayer money.

But those GOP officials had nothing to say publicly after an inventory released on August 12 showed the former president had been keeping classified, secret, and top secret documents at the Mar-a-Lago resort.

Multiple news outlets published the search and seizure warrant for Trump's residence, as well as the receipt listing property FBI agents took on August 8. Four items were described as "Miscellaneous Top Secret Documents," and one was listed as "Various classified/TS/SCI documents." Those are high levels of classification, used for material that "could cause 'exceptionally grave danger' to national security."

SCI stands for Sensitive Compartmented Information, which "may be an electronic intercept or information provided by a human informant in a foreign country." The Washington Post reported on August 11 that "Classified documents relating to nuclear weapons were among the items FBI agents sought" in the search.

The items removed from Mar-a-Lago also included three batches of "secret" documents and three batches of "confidential" documents, which are lower levels of classification. Maggie Haberman and Glenn Thrush reported for the New York Times on August 13 that "at least one" of Trump's attorneys "signed a written statement in June asserting that all material marked as classified and held in boxes in a storage area at Mr. Trump’s Mar-a-Lago residence and club had been returned to the government, four people with knowledge of the document said."

At this writing, staff for Grassley, Ernst, Hinson, Miller-Meeks, and Feenstra have not responded to Bleeding Heartland's requests for comment, submitted after the search warrant and inventory were published. The Iowa Republicans in Congress likewise have not mentioned developments related to the Trump search in news releases or on their social media feeds.

In the days following the search, Trump and sources close to him suggested the FBI may have planted material at Mar-a-Lago. However, on August 12 the former president said in a statement that he often took classified documents home and had a "standing order that documents removed from the Oval Office and taken to the residence were deemed to be declassified the moment he removed them."

The Washington Post's Perry Stein spoke to Steven Aftergood, a security specialist at the Federation of American Scientists, and Javed Ali, a senior official at the National Security Council during the Trump administration, for a better understanding of the legal context surrounding declassification.

Yes, the president has the authority to declassify information. Typically, there is a process for doing that, according to Ali. It includes communicating with the Cabinet or agency head from which the information originated to ensure that declassifying it poses no risk to national security.

Trump’s team has publicly said that he declassified all the documents found in Florida before leaving the White House. But it’s unclear whether he went through a document-by-document declassification process, working with the relevant agency.

Can a president legally remove declassified information from the White House?

No, according to security experts. There are other laws that protect the country’s most sensitive secrets beyond how it is classified. For example, according to Aftergood, some of the intelligence and documents related to nuclear weapons can’t be declassified by the president. [...]

Another law — called “gathering, transmitting or losing defense information” — states it is illegal to remove documents related to national security from their proper place if it could risk the security of the country, no matter the classification level of the information.

Writing in the New York Times, Charlie Savage explained that two of the federal criminal statutes mentioned in the search warrant for Trump's residence "make the taking or concealment of government records a crime regardless of whether they had anything to do with national security."

A third law, commonly known as the Espionage Act, "makes no reference to whether a document has been deemed classified. Instead, it makes it a crime to retain, without authorization, documents related to the national defense that could be used to harm the United States or aid a foreign adversary."

I will update this post as needed with any relevant comments from Iowa's GOP members of Congress.

It has been nearly a week since the FBI raided Mar-a-Lago and we are still left with more questions than answers. Attorney General Garland continues to dodge Congressional oversight and leave the American people in the dark—It is past time for a detailed justification to prove this was not a political fishing expedition. Regardless of your political party, this raid has set a dangerous precedent and the American people deserve full and immediate transparency.

That's a bizarre take on the state of affairs, considering what we already know about the reason for the search and what was retrieved from Trump's residence. As mentioned above, credible reports indicate that an attorney representing Trump falsely claimed in June that the former president had returned all classified material to the government.