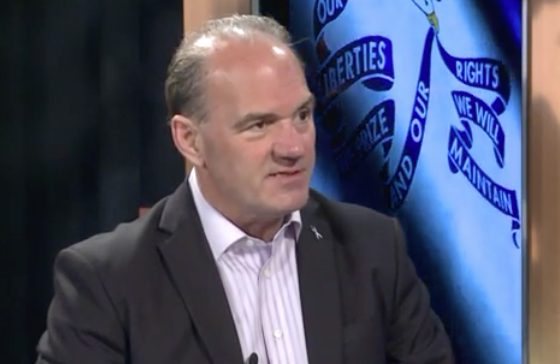 Outgoing Cedar Rapids Mayor Ron Corbett will decide “in the next 45 days or so” whether to seek the Republican nomination for governor, he told WHO-TV’s Dave Price on May 8. After months of laying the groundwork for a possible gubernatorial campaign, Corbett launched a tour this week promoting his new political memoir, Beyond Promises. He will use those speaking engagements to see “if people can feel a connection to Ron Corbett.”

Asked how he could compete financially against Kim Reynolds, who will be the incumbent governor, Corbett responded,

Yeah, people have asked me that, “You know, you’re going to have a big uphill battle ahead of you, a big challenge ahead of you.” But you know, what in life isn’t, you know, sometimes a big climb? And I’ve taken on big challenges. Again, when–and I talk about this in the book, when I take on an incumbent speaker of the House or an incumbent state representative, I don’t do it because I want to take on that particular person. I just have ideas that I want to talk about and get implemented.

Assuming Corbett does run for governor, tax and education policy will be central to his message, so let’s take a closer look at his ideas.

Corbett has pushed his tax proposals in speeches all over the state since establishing his Engage Iowa think tank in late 2015. Earlier this year, the organization ran online ads to highlight Iowa’s “income tax problem” and a plan that would make the tax code more “fair,” “simple,” and “competitive” by adopting a flat, lower income tax rate and eliminating many “deductions and credits for special interest groups.”

During this week’s interview, Price asked Corbett, a former Iowa House speaker, whether the Republican-controlled legislature went “too far” in any area. Corbett declined to criticize any of the controversial bills approved along party lines, but said lawmakers didn’t “meet expectations” on tax policy. In particular,

Corbett: They didn’t couple with the federal government tax code this year, and basically means a tax increase on Iowans, because they lose the deduction and they’re paying more. So farmers lose their accelerated depreciation, business owners lose their accelerated depreciation, teachers lost their deduction of 250 dollars for classroom supplies. So that would be, you know, one issue that I’m really passionate about, and think is one of the top four issues for our state is to modernize our income tax code.

Price: But they could do that next session, and it seems like that’s their game plan, right?

Corbett: Well, they didn’t do it–the coupling bill they didn’t do this session, and there was talk last session that they weren’t going to do it. The [Branstad] administration recommended not, but the legislature said no, this is a tax increase, we have to couple. It’s possible that they could recommend coupling next year, but the bigger issue is tax modernization, how we make our state more competitive, and I talk about that in my book also.

I had a feeling the Branstad administration’s policy on “coupling” might create an opening for Corbett. He is clearly planning to seize that opportunity.

Corbett is correct: during the 2016 legislative session, Branstad’s proposed budget did not contain coupling provisions. At the time, the governor said the price tag (an estimated $96 million) “would really make it impossible for us to meet the goals that we have for education funding and elsewhere.” State lawmakers from both parties insisted on approving the tax savings, and coupling language eventually passed as part of a larger tax bill.

In this year’s draft budget, Branstad proposed $29.9 million worth of coupling with the federal tax code–including, for instance, the $250 deduction for teachers. He left out Section 179 expensing, a provision on accelerated depreciation that benefits many farmers and small business owners but has also been the most costly part of past coupling bills.

As Corbett noted, the GOP-controlled legislature didn’t pass any coupling bill in 2017. Iowa Senate Ways and Means Committee Chair Randy Feenstra confirmed in January that the state could not afford to do so. Coupling would have reduced current-year revenues by as much as $100 million at a time when lawmakers were already preparing to enact more than $88 million in mid-year spending cuts to address a budget shortfall.

To my knowledge, Reynolds has never clarified her stance on the coupling issue. Her office did not respond to my inquiries earlier this year. Since then, Iowa’s budget outlook has worsened, leading to a transfer of $131 million from cash reserves just to make ends meet for fiscal year 2017. Revenue estimates may drop further before the 2018 legislative session, possibly requiring more mid-year spending cuts. Also, lawmakers will need to set some money aside to refill the cash reserve funds.

Given how expensive tax coupling is, especially the Section 179 provision, it’s hard to see how Reynolds could make room for aligning all parts of Iowa and federal tax codes in the budget she presents to lawmakers next January. Count on Corbett to repeat many times what he told Price about the resulting “tax increase” for farmers, small business owners, and teachers.

Reynolds may be able to insulate herself from other tax-related critiques by matching Corbett’s ideas. In a recent interview with the Des Moines Register’s Kathie Obradovich, she said tax reform will be a priority for her next year. Although she hasn’t drawn up a specific plan, she wants to “look for ways to simplify and flatten and make sure we’re competitive.” She is open to eliminating federal deductibility, which makes Iowa’s tax rates appear to be higher than they are. That language echoes substance and rhetoric from Corbett and Engage Iowa. On the other hand, Reynolds was a full partner in Branstad administration policies that saw an explosion in business tax credits, which Corbett will portray as favors for “special interest groups” at the expense of the majority.

Education policy will be another theme of Corbett’s upcoming speaking tour. On May 1, he rolled out an education plan developed for his think tank. As Molly Duffy reported for the Cedar Rapids Gazette, performance-based pay for teachers is the key recommendation. During the same speech, Corbett also advocated “a statewide fund for innovative educational programs and a leadership academy for principals.”

The policy paper focuses on teacher pay in light of Iowa’s new collective bargaining law, which caps salary increases for public employees at the lesser of 3 percent or the change in the consumer price index.

According to the analysis for Engage Iowa, “had the new law’s formula been followed between 2005-06 and 2015-16, it would have resulted in an average full-time Iowa Teacher salary approximately $6,000 less than the actual salary.” The paper compared average teacher salaries in Iowa to most neighboring states (leaving Missouri out) and found that if the collective bargaining law had been in place ten years ago, teachers in Iowa would have had lower pay on average than in any neighboring state except for South Dakota.

If Iowa school districts do nothing to ameliorate the effects of the new collective bargaining statute, and other states follow their conventional salary increase patterns, Iowa mean teacher salaries will fall to a level of the nation’s lowest paying state, Mississippi.

Corbett’s past support for local project-labor agreements would surely be a line of attack for Reynolds in a Republican gubernatorial primary, because the GOP base hates labor unions. So the mayor was careful not to criticize the collective bargaining law in last week’s speech.

“I understand why the bill was passed — the Legislature wanted to shake things up a little bit, wanted to be a disrupter in the K-12 system,” Corbett said. “That probably needs to be done, but if you’re going to be a disrupter, on the other end of the disruption you better start laying out a vision for where you want to go after the disruption.” […]

In light of changes to Iowa’s collective bargaining law, Corbett said he thinks the state’s teacher pay model needs to be reformed to prevent Iowa from dropping in national education and teacher pay rankings.

“Pay-for-performance has historically always been opposed by teachers,” he said. “They never want to do it. They think it’s always subjective — what are we going to be judged on? They always resist it. They can’t anymore. By resisting we’ll take the slide to the bottom, so they have to participate now.”

Each school district would develop its own pay model, so performance measurements could vary, he said, adding he could only speculate on what the metrics would be.

Critics of the effort to destroy all meaningful collective bargaining rights pointed out that a similar law in Wisconsin exacerbated that state’s teacher shortages. Corbett appears to be seeking a middle ground: not attacking the new Iowa law, while warning of its potential effects on education if policy-makers don’t take further action on teacher pay.

Would this balancing act fly in a Republican race for governor? Conservative talking points have often portrayed teachers and other public workers as overpaid, so I’m not convinced rank-and-file GOP voters would recognize the danger of letting teacher salaries fall to Mississippi levels. On the other hand, merit pay for teachers has been part of the Republican education policy toolkit for a long time, so maybe that idea would resonate.

Reynolds fully endorsed the collective bargaining law, which she said would allow school districts “to reward good employees — and good teachers — and, most importantly, make employment decisions based on merit, and not simply time served.” I am not aware of her expressing concern about the law’s impact on teacher pay. More broadly, education will be a big theme of the Reynolds campaign for governor. She frequently talks up her role leading Iowa’s STEM Advisory Council, tasked with expanding science, technology, engineering and math education.

P.S.- Price asked Corbett whether Reynolds should be able to name her own replacement after Governor Terry Branstad resigns. Corbett responded he thinks leaders should “be able to build their own teams,” adding that he supports Reynolds in “her effort to put together her own team.” He declined to directly answer a follow-up question on whether Reynolds should disregard Attorney General Tom Miller’s opinion that she lacks the authority to name a new lieutenant governor. Corbett said Reynolds is gathering information and legal perspectives, and he’s not going to “pre-judge” a decision she hasn’t made.