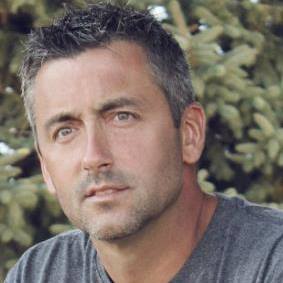 "Our state has been hijacked by a group of people who have absolutely no interest in making the state better. If you're not like them, they don't care about you." With those words, Dan Nieland officially launched his Democratic campaign for Iowa House district 30 this week.

The previous version of this district produced one of the most shocking results of the 2010 Iowa House elections, as Kim Pearson defeated Democratic incumbent Geri Huser by 111 votes, despite getting little help from the Republican Party. Nieland ran as an independent candidate, winning 522 votes. It was the only 2010 state legislative race in which a third-party candidate received more votes than the margin between the Democratic and GOP contenders.

Riding filed for the seat again last year, but he didn't campaign very actively or raise much money. Unlike in 2012, neither party ran television commercials about the House district 30 race. The Iowa Democratic Party didn't pay for direct mail on Riding's behalf, and the GOP spent a relatively small amount on mail for Nunn, who won re-election by more than 4,000 votes.

On paper, House district 30 leans Republican, with 6,932 active registered Democrats, 8,140 Republicans, and 7,591 no-party voters, according to the latest figures from the Iowa Secretary of State's office. Mitt Romney won 50.9 percent of the vote in the district in 2012 to 47.7 percent for President Barack Obama. But last year, Donald Trump outpolled Hillary Clinton here by 54.8 to 38.5 percent.

Nieland created a Facebook page for his campaign in April but officially announced his intention to challenge Nunn only this week. His launch video highlighted education funding and public worker rights, two of the most contentious issues from the 2017 legislative session.

Dan Nieland speaking to the camera: Here's the thing: the state of Iowa has been hijacked. Our state has been hijacked by a group of people who have absolutely no interest in making the state better. If you're not like them, they don't care about you.

My name is Dan Nieland. I'm running for the Iowa House of Representatives district 30.

I'm a farmer, and I'm an educator. Like a lot of you, I make my living with my hands. Physical labor. [As Neiland speaks, viewer sees footage of him climbing into a John Deere tractor. Words near bottom of screen: Dan Nieland for Iowa House www.nieland4iowa.com ]

In addition, I use my experience and my education to help others in the classroom. I stand for public education. [footage of Nieland teaching a class; words near bottom of screen: Dan Nieland for Iowa House www.nieland4iowa.com ]

Nieland speaking to camera again: We need to fully fund our educational system from pre-K all the way up to and including community college.

I stand with our public-sector employees. This last session Zach Nunn and the Republicans gutted the rights of public sector employees, including teachers. [photos from inside and outside the state Capitol, when thousands of workers showed up to protest the collective bargaining bill; words near bottom of screen: Dan Nieland for Iowa House www.nieland4iowa.com ]

Nieland speaking to camera: As someone who works on a farm, I can tell you, I don't stop until the job is done. And that is exactly what we need in the legislature.

People who get to work and solve the root cause of the problem, not the symptoms. [footage of Nieland walking up the steps outside the Capitol. Words near bottom of screen: Dan Nieland for Iowa House, Paid for by Nieland for Iowa ]

Nieland speaks to camera: Now, I can't do this alone. This is about the people of the state of Iowa. I need your help. Go to my website Nieland4Iowa, that's the number 4. I look forward to working with you. [Words near bottom of screen: Dan Nieland for Iowa House, Paid for by Nieland for Iowa ]

From the "Meet Dan" page of Nieland's campaign website:

Our state has been hijacked. It's been hijacked by people who have no interest in making the state better. If you're not like them, they don't care. They put party and policy before people. It's time to take our state back.
​
My name is Dan Nieland and I'm running for the Iowa House of Representatives, District 30. Who am I? I'm a farmer and an educator. Like a lot of you, I make a living with my hands. In addition, I use my experience and education to help others.
​
What do I stand for? I stand for and behind education. We need to fully fund our educational system from pre-k all the way through Community College. I stand for and stand with our public employees. What was done to them this last session was reprehensible and needs to be fixed as soon as possible.
I stand for and promote small business, entrepreneurship and innovation. Giant giveaways to Big corporations at the expense of the small, hard-working individuals in our communities needs to stop.
​
In short, I stand for an economic policy that puts people first. Ask those that know me, and they will say I'm a hard worker. That I don't quit until the job gets done. That's exactly what we need in this legislature. People that get to work and solve the root of the problem, not the symptoms.
​
I can't do it alone however. In order to open those state house doors I'm going to need your help. What do you say? Is it time to get to work?

The "about" section of the Dan Nieland for Iowa Facebook page mentions the candidate's past experience on a city council in Missouri:

Dan Nieland of Altoona, along with his wife Leesa, owns Pine Hollow Stables in Altoona. Nieland has a Political Science degree from the University of Northern Iowa and a Masters of Business Administration with Public Management concentration from Lindenwood University in St. Charles, Missouri.

Nieland points to Iowa’s need to move beyond petty politics as one of his main motivations for running for the State House. “Partisan politics, as they are practiced in Iowa, are harming the citizens of this State. This game of ‘make the other party lose’ in essence harms us all. It should be about ideas and what is best for the district particularly and Iowa as a whole.

This is not Nieland’s first foray into politics. He spent 3 years as an elected official in St. Charles, Missouri – a suburb of St. Louis – representing the 8,000 residents of Ward Three. “Elected office is a privilege. Some times when people get into an elected position for too long, they tend to lose sight of those that put them there. They should remain accessible and be held accountable. These are two of my core principles that – along with integrity – form the basis of my campaign.”

Nieland and his wife live on the 50-acre farm east of Altoona that houses their horse boarding facility. “Working with horses keeps you grounded. And, you develop a high tolerance for manure – something that will serve me very well in politics.

Republican leaders are likely to spend heavily to protect Nunn if they feel this seat is in danger. He served as vice chair of the education appropriations subcommittee during his first year in the Iowa House. The following year, he became one of four assistant majority leaders. Shortly after winning re-election in 2016, Nunn moved up to majority whip, the third-ranking position in the 59-member caucus.

Zach has served a career defending our nation’s freedom with the US military. As a common-sense legislator, Representative Nunn proudly works as a citizen-representative of his hometown community.

A decorated battlefield veteran, Zach deployed three times to operations in Iraq and Afghanistan flying 700-combat hours with the US Air Force; together, his team provided life-saving support to Special Forces & earned “Best Aircrew of the Year.”

Zach brings depth of experience to the Iowa House with his service on the White House’s National Security Council as Director of Cybersecurity and recipient of the National Intelligence Service Medallion for defense against foreign threats.

Previously, Zach served as Senate staff for Senator Grassley and worked as a military legislative affairs officer for a 4-Star General, to keep Washington fiscally responsible, and the nation safe.

Together, Zach and his wife Kelly, also an Altoona native, own and operate a small business in Bondurant. They love raising their kids: Addi (8) Canon (6) and baby Olympia.

Nunn's most recent deployment was from June to September 2016.

The "about" page on Nunn's campaign website focuses more on the candidate's Iowa roots:

Zach has served a career defending our nation’s freedom with the US military – now he is honored to serve our community as Representative of Iowa House District 30.

A sixth-generation Iowan and Altoona native, Zach grew up the son of a public school teacher and nurse. He learned early the value of hard work from his grandfather, a livestock farmer and head of the family’s 100+ year old Iowa farm.

Zach Nunn is deeply committed to the future of our community. Together, Zach and his wife Kelly, also an Altoona native, own and operate a small business. They love raising their kids: Addi (9), Canon (6) and Olympia (1).

As an officer with the US Air Force, Zach answered his country’s call to serve the greater good – three times deployed with over 700 air combat-hours. Zach has served on the White House National Security Council safeguarding America’s ideals and prosecuting its gravest threats.

Zach didn’t ‘luck’ into his current career. His Iowa community, teachers, coaches, civic leaders and trademark Iowa values empowered his success. This is why Zach is a believer when it comes to ensuring Iowa is the best in the nation. Zach is a common-sense hard-worker and wants to make Iowa a place for young people to call home, and generational towns to prosper.
​
Zach is a confident Republican leader with a proven fiscal-conservative track record. Please consider supporting Zach and helping him drive smart solutions in the State Legislature.
​​
​Today, Zach is honored to serve as your voice in the Iowa House. A voice representing your concerns - A voice with a plan - A voice that cares about you.

Nunn's campaign website also puts a good spin on his legislative record, emphasizing supposedly high levels of education funding and promoting his work on medical cannabis, which didn't produce good results in 2016 or this year.