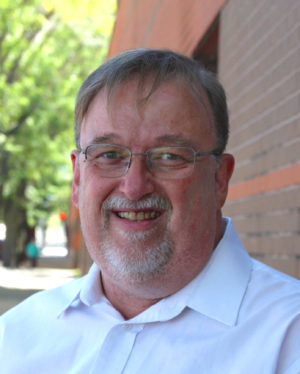 Promising to “fight for a bold agenda” that can “win the future,” Pete D’Alessandro became the sixth Democratic candidate in Iowa’s third Congressional district today. A veteran of many campaigns who is putting his name on the ballot for the first time, D’Alessandro is best known to Iowa activists as state coordinator for Bernie Sanders before the 2016 caucuses. His core issues echo some of the Sanders campaign’s central themes:

D’Alessandro is also promising to “do more than just stand against Donald Trump.” He developed his thoughts further on Democratic principles and tactics in a recent interview with Bleeding Heartland.

In alphabetical order, the other five Democrats running against two-term Representative David Young are:

State Senator Matt McCoy said earlier this year that he was also considering running for Congress, but signs point to him either running for Polk County supervisor or seeking another term in the Iowa Senate.

The sixteen counties in IA-03 contain 162,965 active registered Democrats, 174,881 Republicans, and 166,493 no-party voters, according to the latest figures from the Iowa Secretary of State’s office.

Statement from Pete D’Alessandro on the front page of his campaign website:

I’m running because we have a critical opportunity in 2018 to elect candidates willing to do more than just stand against Donald Trump. Now is the time to elect candidate willing to stand for something by supporting a true, progressive plan to get our country back on the right track.

That’s what I’m going to focus my campaign on. To win the future, we need to take a stand. That’s why I will fight for a $15/hour living wage that supports American workers, support expanding Medicare-for-all as the best way to provide affordable and accessible healthcare coverage to Americans, provide tuition-free college for students who work hard, and be a leader as we fight our global climate crisis.

If the United States can afford billions in tax breaks for billionaires and big corporations, we can surely find a way to take basic steps to support working families like those across the Third District.

It’s time for a bold agenda that raises wages, improves lives, and restores our country’s leadership in the world. Together, we can win the future.

D’Alessandro, who vowed to make expanding Medicare-for-all and the fight for a $15-per-hour livable wage cornerstones of his campaign, has worked on the front lines of numerous Iowa political campaigns for two decades.

“For too long Washington has ignored the critical needs of working class Iowans,” said D’Alessandro. “The conversation for winning the future must start with universal healthcare and a livable wage.”

He also advocated for tuition free college, stating that, “if the U.S. can afford billions in tax breaks for millionaires and corporate giveaways, we can certainly afford to educate our next generation so we can compete economically with other industrialized nations. If you work hard and make the grades, you should not be denied a college opportunity simply because of your family’s income.”

Additionally, D’Alessandro declared there was a “climate change crisis” and called on the U.S. to renew its leadership on cutting edge clean energy technologies to combat the existing threat.

“In times of crisis America leads and Iowa has proven to be a leader on renewable energy,” continued D’Alessandro. “Climate change is real and we must continue to develop wind, solar and biofuel technologies. This is more than just good-paying jobs – it’s about American leadership.”

Pete D’Alessandro, raised in the working-class Chicago suburb of Berwyn, is the grandson of Italian immigrants and son of a Teamsters union diaper delivery man and stay-at-home mom. After graduating from Illinois State University, D’Alessandro went on to a career in political organizing, working for numerous presidential campaigns including the late Sen. Paul Wellstone and last years’ historic bid by Sen. Bernie Sanders. In Iowa, he has worked for former Rep. Leonard Boswell and Gov. Tom Vilsack and served as political director for Gov. Chet Culver. Since 2011, he has been fighting anti-worker “Koch Brother’s” legislation on behalf of the labor movement in Arizona, Missouri, Wisconsin, Ohio and Florida. In 2016, he served as Bernie Sanders’ Iowa state coordinator and then went on to guide the campaign to primary victories in Oklahoma and Indiana.

“This election must about more than just what we are against,” concluded D’Alessandro. “To ‘win the future’ we must stand for a bold agenda that makes healthcare a right for all, raises wages and restores our country’s leadership in the world.”