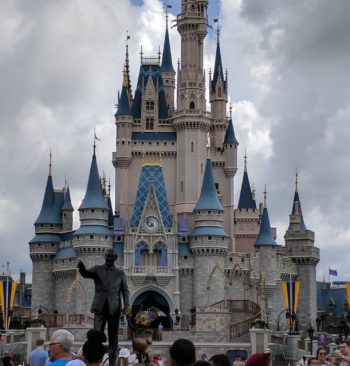 If a party is going to defend ripping babies from their families at the border, it can’t call itself pro-family or even pro-life.

If the Iowa legislature is going to underfund schools for eight years in a row, the majority party can’t claim to have public schools as a priority. That’s about as credible as Elvis being alive and working the late shift at IHOP or Trump nominated for the Nobel Peace Prize.

It is fine to send your children to private religious schools, but you should pay for it yourself. Expecting a government handout is expecting religious welfare.

School boards should not cry poverty when it’s time to bargain teacher and support staff contracts and then give the superintendent or any administrator a bigger raise in the middle of June when no one is looking.

Iowa politicians who say they care about public education but won’t vote to fund schools, protect educator retirement, restore bargaining, or resist vouchers, are not pro-public education. They are not spinning or hedging, or misunderstanding. They are lying. They should be handled the same way as that prince from Nigeria who keeps emailing offering to share his wealth. Treat them like the frauds they are.

“Every decision that impacts public education is a political one.” End of story, but the beginning of work. Educators tend to gravitate toward issues rather than candidates. That’s ok, but pick some issues, find a candidate who believes in your issues, and make your knuckles bleed, knocking on doors!

The Keep it simple stupid (KISS) principle might seem cliché but it has worked for Republicans. Instead of a five-page position paper, maybe Democrats could just frame economic development in Iowa as “Save our local schools.” Easy to remember. Easy to understand.

Merit pay doesn’t work in education because those with merit frequently rock the boat. Most administrators don’t love boat rockers. They prefer smooth sailing teachers who ride the waves rather than fight the tide.

The Secretary of Education should at the very least like public schools and have visited one within the last year. Having an anti-public education secretary is like sending the groom to pick out a bride’s wedding dress. It can be done, but it doesn’t make much sense!

Governor, don’t pretend you’re just a small-town Iowa girl when you just signed a big tax giveaway at the expense of your small-town school.

School board members, the superintendent works for you. Act like it. Also, you hire the school district attorney but that person doesn’t live with what is bargained. You do.

Parents are not customers for the public school. Parents are partners in their children’s education. Like all partners, they should be treated with respect, but they are not always right.

Educators are not public servants. They are public professionals and should be treated as such.

If you want to be a member of Congress from northwest Iowa, try passing at least one law that benefits the people of northwest Iowa. Also, stop being a racist.

I am sure there are a few more random observations, but the sweat is stinging my eyes and Donald Duck is selling ice cold lemonade for $15 bucks. Time for another line.

Bruce Lear lives in Sioux City and recently retired after 38 years of being connected to public schools. He was a teacher for eleven years and a regional director for 27 years for the Iowa State Education Association. He took the picture at the top of this post during a trip to Disney World last month.