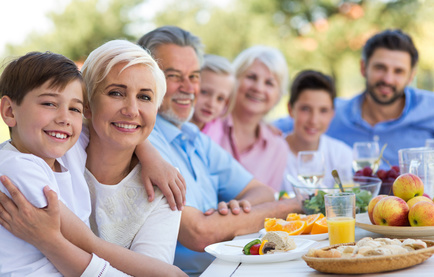 Back to school with the family

Bruce Lear calls on members of the "public education family" to "unite to defend what we love." -promoted by desmoinesdems

The back to school ads have started. Even with heat indexes of 100, those ads send chills down the spine of educators. Those chills are a cocktail of optimism, excitement, worry, and dread, with a garnish of hope and a twist of anger.

As the new school year begins, it’s important to have the public education family around the kitchen table for a meeting. That family includes teachers, professional support staff, administrators, school board members, and parents. Like all families, there is always the weird uncle or cousin you want to hide in the attic, but with November looming, the public education family needs all its members to be speaking in one voice.

Put another leaf in the table as well, because the family also includes the organizations that represent its members. Those are the Iowa State Education Association (ISEA); the Iowa Association of School Boards (IASB); the School Administrators of Iowa (SAI); and The Parent Teachers Association (PTA).

Now, I can hear some telling me, “This sounds like a reboot of an ancient Pepsi advertisement where a bunch of celebrities ‘Teach the World to sing in perfect harmony.’"

No, I’m just talking about agreeing on some basic issues the education family is passionate about so the politicians can’t divide and conquer. Like all families, we can continue to challenge each other in house, but when there is a common enemy, we unite to defend what we love. In this case, it's public education in Iowa.

“Over the past two years, Representative Rogers has been a true champion for education. He has led his committee to pass some of the most significant and needed pieces of legislation I’ve ever seen.”
-Emily Piper, longtime lobbyist on education issues

Rogers led the fight to pass a voucher bill in Iowa, so public money would pay for a portion of private tuition. During the last legislative session, Republicans marketed this proposal as Education Savings Accounts, a nice safe term, but it was a straight-up voucher scheme.

Certainly Ms. Piper is entitled to her opinion as a private citizen, but she works for an organization representing 330 of Iowa’s public school districts. She is paid by IASB, whose member districts get the money they pay in dues from local public-school tax payers. To use an old cliché, “That’s like the chicken endorsing Colonel Sanders.” (Note: the IASB's website lists Piper as a government relations employee. She also serves as a contract lobbyist for other organizations.)

While that’s an example of a family sin, when have we seen recent family unity? The best example might be the Teacher Leadership Program state lawmakers approved in 2013. That $214 million program allowed school districts that applied to hire academic coaches. Although many educators and ISEA were skeptical about this program, the organizations all spoke in one voice, because it meant more money for public education.

In fact, compromise is how we got a bargaining law clear back in 1974, when I was still driving a jacked-up car with baby moons. The death of a hero like Governor Robert Ray helps us remember the word compromise. The Democrats never thought the law was broad enough, the Republicans thought it gave too much power to public employees, but both sides agreed, it was essential for labor peace. You could call it “Iowa Nice” or just common sense, something we seem to have forgotten lately.

So, as we begin school, what are some issues the whole public education family can rally around?

First: increased funding. The family needs a larger budget, and places to cut are hard to find. It’s not about wants; it’s about needs. Historically, funding for Iowa’s public schools was never a truly partisan battle. Both sides of the aisle realized the value of keeping their schools alive and thriving. About eight years ago that changed, because many in the Republican party decided that home schooling and private education was a better investment. They are wrong.

The second issue to agree on would be resistance to vouchers. Simply put, vouchers would damage public education beyond repair. It’s not about being afraid of competition; it’s about using public resources for the public good. I am fine if you choose to play golf on a private course, but don’t expect me to pay for your round.

The family needs to protect IPERS, Iowa's largest public pension plan. Destroying a safety net that works is simply unacceptable, and this needs to be said loudly and clearly. Any effort to change the system into some hybrid plan will destabilize a system that is stable now and into the future. Educators knew they would never get rich, but they also knew IPERS was there to protect their families in retirement. Destroying IPERS breaks a covenant the public has had with all public employees. It is fiscally wrong. It is morally wrong.

The final issue may be the toughest. But in order to regain some sense of family harmony, restoration of collective bargaining needs to happen sooner rather than later. A deal would require something from everyone. Labor wouldn’t get a repeal of the so-called "right to work" law. Management wouldn’t get unlimited power to fire. But if we work together, we’ll strike a balance that has worked since bell-bottoms were a fashion must.

All of these issues ultimately hinge on the family not just agreeing around the table. We also need to get up and hit the streets to elect a governor and legislators who understand we can have public education as our claim to fame once again.

Wishing is not a strategy, and talking around a table won’t get the job done. It will take hard political work with each family member pitching in. Even that weird uncle or cousin.