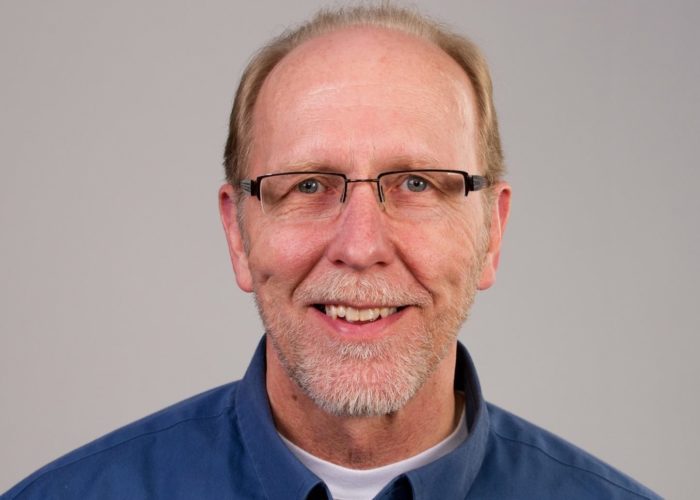 Dave Loebsack is safe, so why is he still voting like a Blue Dog?

U.S. Representative Dave Loebsack voted for yet another bad Republican bill on September 7. Despite being a member of the Congressional Progressive Caucus, Loebsack has long had a less progressive voting record than most of his House Democratic colleagues.

Occasional conservative votes were understandable after Loebsack survived a close call in 2010 and faced hundreds of thousands of dollars in outside spending on attack ads before the next two general elections. But the last remaining Iowa Democrat in Congress coasted to a sixth term in 2016 with no groups spending money against him. He outperformed Hillary Clinton by about 9 points in the 24 counties he represents. Iowa's second Congressional district is by common consent a safe Democratic seat this year. As of June 30, Loebsack's campaign had nearly $2 million cash on hand, while his GOP challenger Christopher Peters had less than $30,000.

Why isn't Loebsack a more reliable progressive vote in the House?

The latest disappointing vote was on the so-called "Community Safety and Security Act." Republicans drafted this bill in response to a recent U.S. Supreme Court ruling. The bill would expand the definition of "crime of violence" for purposes of the Immigration and Nationality Act’s removal provisions. Civil rights advocates have warned the language is "unnecessary, overbroad, and could have substantial harmful effects." Specifically, it would "expand mass incarceration and mandatory deportation for immigrant communities." I enclose below a statement signed by dozens of advocacy groups, explaining the bill's flaws in more detail.

Twenty-nine House Democrats joined 218 Republicans to approve this bill on Friday (roll call). Most of the 29 were part of the "Blue Dog Coalition." That group's members mostly represent marginal districts or consider themselves conservatives. Loebsack doesn't identify as a Blue Dog. Since 2007, he's been part of the Congressional Progressive Caucus, whose members almost universally opposed the Community Safety and Security Act.

Loebsack's communications director Joe Hand responded to my request for comment with this statement on September 9.

“Dave believes the Community Safety and Security Act contains some provisions which are concerning, including the potential for unintended consequences. But in the end Dave believes Congress needs to tackle comprehensive immigration reform so we can ensure that DREAMers and those playing by the rules are able to stay here.

“House Republicans know this bill will not be passed by the Senate. However, to achieve comprehensive immigration reform, and to protect Dreamers and those who are playing by the rules, Dave knows some difficult compromises will have to made.”

"Difficult compromises" for whom? Proponents of this bill aren't interested in protecting immigrants temporarily shielded from deportation under the Deferred Action for Childhood Arrivals program. Congressional Democrats already squandered their best leverage to help the DREAMers last fall. There is zero chance approving this bill will produce some significant step forward on immigration reform before the end of the year.

This vote looks like an insurance policy against attack ads claiming Loebsack's not sufficiently tough on crime. But we already know conservative groups aren't buying air time in IA-02 this year.

Loebsack doesn't vote with Blue Dogs on every controversial bill. In May, he stuck with most of the Democratic caucus when 33 of his colleagues joined Republicans to pass a major rollback of the 2010 Dodd-Frank financial reform law. Still, it's concerning that I felt relieved after checking the roll call that day. Progressives should not have to worry about how a Democrat in a safe seat is representing them.

If Democrats regain a majority in the lower chamber of Congress, Loebsack's voting record will improve, because bad Republican bills will stop coming to the House floor. But no one should take that outcome for granted. Loebsack's constituents should let him know that if the GOP keeps control of the House, they expect him to take some politically difficult votes when important principles are at stake.

We, the undersigned organizations, urge you to oppose H.R. 6691, the “Community Safety and Security Act,” which would amend the definition of a “crime of violence” under 18 U.S.C. § 16. This bill was written in response to the Supreme Court’s decision in Dimaya v. Sessions, which held that subsection (b), known as the “residual clause,” is unconstitutionally vague. Instead of taking time to fashion a definition that takes into consideration the many legal ramifications across federal proceedings of changing this term, the bill recklessly pushes forward a definition of a crime of violence for political purposes. It is unnecessary, overbroad, and could have substantial harmful effects.

• The bill is overbroad and includes in its list of crimes of violence a number of offenses that have no element of violence at all. Burglary, for example, is included in the list of crimes of violence though it is defined as the unlawful or unprivileged entry into a building. Likewise, the bill lists coercion through fraud as a violent felony though no element of violence is part of that criminal offense. Simple assault is also considered a violent crime even in circumstances where the underlying act was a merely a push or shove.

• The bill dangerously expands the definition of violent crime which fuels overcriminalization. Every existing definition of a crime of violence in federal law or for federal purposes includes as an element the use, threatened use, or attempted use of force — see 18 U.S.C. §§ 924(c)(3), 3156; Uniform Crime Reports. But H.R. 6691 omits this crucial and basic requirement. The consequences are dangerous, especially in the hands of a Justice Department which has displayed a general tendency to use a sprawling definition of violent crime to justify more arrests and prosecutions and longer prison sentences. The residual clause, while expansive, at least had the requirement that the crime of violence be classified as a felony that involves a substantial risk of force against person or property, but even that requirement has been removed by H.R. 6691.

• A new definition of crime of violence is unnecessary, even in light of Dimaya. The Court in Dimaya held that the residual clause is unconstitutional but left in place subsection (a), which defines a crime of violence as “an offense that has as an element the use, attempted use, or threatened use of physical force against the person or property of another.” Moreover, this bill seeks to undercut a number of Supreme Court decisions, and in doing so, impacts more than just the “crime of violence” definition.

• R. 6691 could have significant exclusionary effects on federal criminal justice laws and legislation. Carelessly expanding the definition of a “crime of violence” will change criminal procedures under current law and lead to more people being unnecessarily detained both pre-trial and post-conviction. This goes against bipartisan efforts to reform the criminal justice system. For example, proposed legislation such as H.R. 4833 (Bail Fairness Act); H.R. 5043 (Fresh Start Act); and H.R. 5575 (Pathway to Parenting Act) bars people convicted of a crime of violence from pretrial release considerations, expungement of crimes, and receiving visitors. Expanding the definition of a crime of violence would exclude some of the very people meant to be helped by these bills.
For these reasons, we urge you to vote “no” on H.R. 6691. Thank you for your attention to our concerns.

The Leadership Conference on Civil and Human Rights

National Immigration Project of the NLG

Sisters of Mercy of the Americas – Institute Justice Team