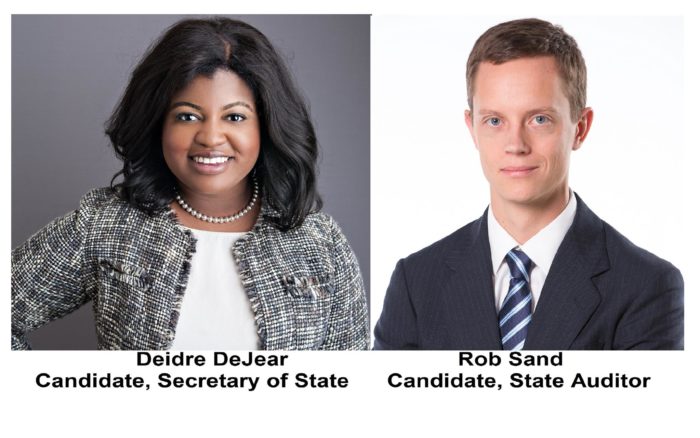 I wholeheartedly agree with Ed Fallon: grassroots activists are excited about the Democratic candidates for state auditor and secretary of state. -promoted by desmoinesdem

The excitement around November 6 is above and beyond what we normally experience leading up to an off-year election. Coast to coast, young, progressive candidates are fueling that excitement -- as is growing discontent over President Trump's reign of error. Even conservative voters are pulling away from the Tweeter in Chief over his:

-- Escalating trade war with China,
-- Support for pipelines and fracking,
-- Belief that "eminent domain is a wonderful thing," and
-- Lack of a moral compass.

In Iowa, two candidates firing up voters are Rob Sand, running for state auditor, and Deidre DeJear, running for secretary of state. Check out the great story about Rob and Deidre in Politico this week -- and the entertaining comparison of Rob to Robert Mueller.

Better yet, come meet Rob and Deidre in person at a fundraiser Kathy and I are throwing:

Our co-hosts are Rachel Scholten, Jon Krieg, Charles Goldman, Carla McIntire, Cheslea Lepley, and Cyndy Coppola. Kathy's making an egg dish (from our hens and garden of course) and baked French toast. We'll have tea and coffee. Sorry, no mimosas.

Also, U.S. Senator Jeff Merkley (D-Oregon) will join us! Jeff is a key national leader on many important battles, and we're honored to welcome him at this event. [Editor's note: Bleeding Heartland interviewed Merkley during his recent visit to Des Moines.] 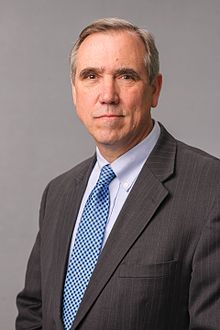 By any reasonable measure, Democrats at the state and federal level should do well in the mid-term election. The stars are so firmly aligned in Democrats' favor that only a series of Himalayan blunders could lead to an electoral outcome where Republicans prevail.

Yeah, I know what you're thinking: Don't underestimate the Democratic Party's ability to unleash an avalanche of Himalayan blunders. Justified skepticism aside, it's almost certain that Democrats will, on balance, gain seats up and down the ballot. The prospects for that are enhanced when each of us invests time, effort, and money in candidates and causes that inspire and empower us. Above all else -- vote!

But one election cycle doesn't mean Democrats are on the cusp of a lasting political transformation. Looking ahead to the 2020 presidential election and beyond, if the Democratic Party is to avoid permanent minority party status, Democrats have to talk truth on tough issues while rising above the tired old politics of partisan division. It's important to call out Democrats who don't get this.

Case in point: Twice at the Progress Iowa Corn Feed this week, Congressman Dave Loebsack demonstrated why he should serve as the poster child for much of what's wrong with the Democratic Party. When I approached Dave politely to ask a couple questions about the Dakota Access Pipeline and climate change, he walked away and said he wasn't talking to the press. I immediately thought, "Hmm, that reminds me of Donald Trump."

When Dave had his five minutes at the mic, he used nearly the entire time to say, in so many words, "Republicans bad, Democrats good." Sorry, but voters are sick and tired of partisan blather and vacuous generalizations about "the other side." We want genuine conversation about real issues. And we want civility and unity -- something Loebsack's Republican predecessor, Congressman Jim Leach, understood and practiced.

Make no mistake: In recent years, Republican officials at both the state and federal level have carved a wide swathe of policy carnage favoring big corporations and the fantastically wealthy over average Americans and our planet. So, why doesn't Congressman Loebsack focus on the initiatives that distinguish Democrats from Republicans instead of throwing out trivial sound bytes that turn off voters?

Great question. Too bad the Congressman wouldn't let me ask it.

Ed Fallon
host of the Fallon Forum and director of Bold Iowa
contact Ed at ed@fallonforum.com