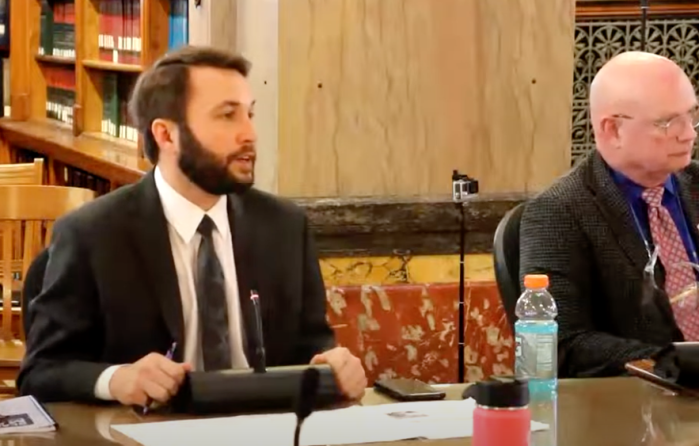 Why is Iowa (again) struggling with racism?

This week Republican legislators on the Iowa House Government Oversight Committee took on school officials in Ames to contest cultural competency. To challenge a celebration of Black America and Black Iowans, these lawmakers chose to center dehumanization.

Between the extreme new voter suppression law, the bill to codify “qualified immunity” for law enforcement, and limiting diversity training at Iowa universities, the goal appears to be to reproduce racial inequality in our state.

Why is Iowa struggling with racism?

Perhaps our November election results reassured certain Donald Trump voters that they could come out of the closet on this issue. Let’s be clear about something: If one is more concerned about being called racist than they are about BEING racist, or having racist behavior, it’s a good sign that one is racist.

What happened to the Iowans who proudly proclaimed they voted for the first Black president? They didn’t possibly believe that vote excluded them from racism, did they? We used to be known for valuing the diversity our country reflects, even as a majority-white state. Iowa, we aren’t off the hook. We are co-conspiring if we are silent.

If we continue to collude with racism, not only will we see our state fail miserably, but Black and Brown Iowans will suffer. We need to hold our lawmakers accountable, regardless of party. If they cannot see the racism within the policies they create, then we must demand they educate themselves. Racism thrives because white people prioritize ignoring racism while valuing “niceness.” Being nice to Black people is not anti-racist.

Ending racism takes active courage. It takes listening to Black Iowans when we bring awareness to racism. It takes white Iowans exploring their privilege. We have to have constant conversations and learning that is ongoing daily.

Being afraid of racism is not doing the job, being afraid of racism accentuates it. The system in which was built for us was designed to reproduce racial inequality. Our job as citizens is to change the trajectory of the system to an equitable society that is inclusive and fair for all. Our country’s constitution was amended to do so and it is our obligation as Americans.

If you are white and insist that you are not racist, examine that. There are only two choices: racist or anti-racist. An anti-racist actively pursues equity. A racist enjoys the privileges of whiteness while accommodating denial, fragility, and defensiveness.

Racism is a trauma that our country has forced people of color to deal with on our own. It is white people’s responsibility to deal with their fragility. It is up to white people to interrupt racism. It is up to white people to stand in front of racist policies and to stop racism in its tracks immediately. If no one stood up during the hearing on the Ames curriculum to stop the racist language coming out of Representative Kauffman and Representative Holt’s mouths, all are guilty of colluding with racism, period.

As a Black woman, it is not my job to educate white people about their racism. Nonetheless, if our lawmakers can be openly racist in session, I will always speak openly against it. Understand that every microaggression, every dog-whistle, is code for the N-word. We need to stop sweeping it under the table. The good news is that anti-racist education is predominantly free and white Iowans can easily assess the class. Iowa is struggling with racism. Do something.

Athena Gilbraith works in progressive political organizing and early education and is the 2021 Emerge Iowa Jo Ann Zimmerman Activist DAWN Award recipient. Athena also serves as Secretary to the Iowa Democratic Black Caucus and is the Press & Publicity Chair for the Davenport NAACP.