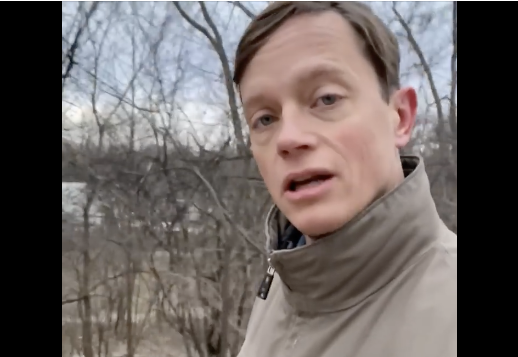 Rob Sand to run for state auditor, not governor

Get ready for the most expensive state auditor race in Iowa history.

Rob Sand confirmed on December 7 that he’ll seek a second term in his current office. He had been considering running for governor.

Sand announced his decision in a video posted to his social media feeds.

And we’re doing a good job of doing it differently. Instead of firing people who made campaign contributions to my opponent’s campaign that work in the state auditor’s office, I kept them, and I promoted some of them to senior positions. I’ve got a Democrat, an independent, and a Republican in senior positions in the office. I think that’s the way it ought to be done.

We also are doing a great job of partnering with local entities, saving you tax dollars locally. That’s through our PIE program, stands for Public Innovations and Efficiencies.

And in the long run, we’re going to be able to unlock hundreds of millions of dollars in taxpayer savings through helping local entities find ways to save money.

Those are great things to be doing, I’m really proud to be doing them, and I want to keep doing them. So I’m asking you for your support in getting elected to a second term as state auditor. […]

Later the same day, Sand said in his latest “Transparency Tuesday” video, “I like this job. I love the people that I work with.” He encouraged viewers to thank anyone they know who works in the state auditor’s office.

They work hard. They do really good work on behalf of Iowa taxpayers, and we’ve got a really good team over here.

I’m really proud of what we’re building together. We’ve got a lot of people in management who really wanted to see some things get addressed in the office, and fortunately, a lot of the staff did too. And those ideas are things that we have been working on putting into place. I’m happy doing that.

And I like doing that work. It’s very similar to the work that I was doing as assistant attorney general, when I was prosecuting most of the public corruption in Iowa. We’ve got to have somebody to do it.

Some people think, “Oh, that must be hard.” I don’t know, I think it’s fun. Which is good, because other people aren’t as willing to confront people in power. But we’re having a good time over here doing it, and I want to keep doing it.

Many Democrats had hoped Sand would run for governor. It’s not surprising he chose a different path. With recent national and state polling suggesting President Joe Biden’s approval is underwater, while Governor Kim Reynolds’ approval is slightly above 50 percent, next year’s midterm elections could be quite challenging for Democrats.

Sand raised more money for his 2018 race than any previous Iowa candidate for state auditor, by far. As a result, he was able to vastly outspend the incumbent, Mary Mosiman. I anticipate Republicans and allied groups will spend heavily to try to defeat Sand next year. He has clashed with Reynolds on many issues, and the GOP will be eager to elect someone who won’t scrutinize the administration so closely.

I’m not aware of any declared Republican candidates for auditor. Mosiman is now deputy director of the Iowa Department of Revenue; I’m seeking comment on whether she will consider seeking her old job again.

I had heard some speculation that Republican State Representative Jane Bloomingdale might be a candidate for the office. She is a CPA and hasn’t announced yet whether she will seek a fourth term in the Iowa House. Reached by phone on December 7, Bloomingdale told Bleeding Heartland she will not run for state auditor and had “not considered it at all.”

The two leading Democratic candidates for governor are State Representative Ras Smith and Deidre DeJear, an organizer who was the party’s 2018 nominee for secretary of state. Last month, U.S. Representative Cindy Axne and State Senator Pam Jochum ruled out running against Reynolds.