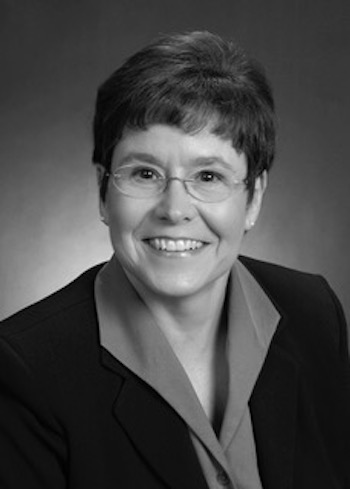 Jodie Butler: Iowa GOP lawmakers are listening to no one but their own caucus members and the Republican base, ignoring concerns expressed by many constituents.

I have never been so offended as I have been this year by comments and actions from Iowa Republicans. I was Governor Terry Branstad’s education policy advisor for nearly five years in the 1990s, and I have never seen such cruel partisanship in my entire life.

During the last decade of GOP rule, programs have been slashed, lawsuits have increased, voting has been restricted, the percentage of the state budget for education decreased, women and LGBTQ people denigrated, educators demoralized, and self-centered egregious politics funded by outsiders.

Divisiveness is not productive. State Representatives Steve Holt, Bobby Kaufmann, and Norlin Mommsen, State Senators Jason Schultz and Jake Chapman, Governor Kim Reynolds, and several others have proposed legislation that should alarm Iowans and never be passed. These bills indicate no interest in compromise.

Banning books, cameras in classrooms, flipping “the bird,” vouchers that would further erode public education funding, more voter restrictions, shoving the media off the Iowa Senate floor, and tax breaks skewed toward the wealthy, which the nonpartisan Legislative Service Agency estimated will shrink Iowa revenue by $1.7 billion, causing even more cuts to impact valuable programs. And vouchers are not "student scholarships"!

GOP lawmakers are listening to no one but their own caucus members and the party base, ignoring concerns expressed by many constituents. They lack respect for others in both their rhetoric and their actions.

Contrary to what Iowa Senate President Chapman asserted on the first day of the legislative session, Iowa educators are not sinister, and neither are our journalists. Nor are they Marxists, despite Holt's claim last week when that public schools are teaching “Marxist ideology … (and) hatred of our country.”

Why is Holt pushing to take away money from the public schools? Why is he calling educators Marxists? Why did Chapman call teachers and journalists sinister? Why is Reynolds serving as enabler-in-chief by saying nothing about the embarrassing words and deeds of her colleagues?

The bigger question is: Why are these individuals still being elected to these positions of power? They are not governing for all the people. They are acting like untouchable rulers, with personal vendettas, carrying out legislation that has been drafted by those outside the state who cheer each time a legislature kick’s news media from press boxes so that their actions will not be reported to the public. They “serve” as leaders in ALEC (American Legislative Exchange Council), so they can fill GOP coffers with out-of-state funding to continue their rule against the Iowans who live and work here.

Iowans can do something about this. They can advocate peacefully, respectfully, and responsibly for better governance. They can vote for leaders who will represent all Iowans’ interests in the 21st Century, who understand what public service means: “to benefit all the people!”

Jodie Butler lives in Ankeny. Her career of more than 45 years includes work at the local, state, national and international levels from teaching to education and technology policy development. She was Governor Terry Branstad’s education policy advisor (January 1994 to October 1998), with responsibilities for policy/law development, budget initiatives, constituent services, and agency liaison to multiple state agencies.

Top photo of Jodie Butler provided by the author and published with permission.