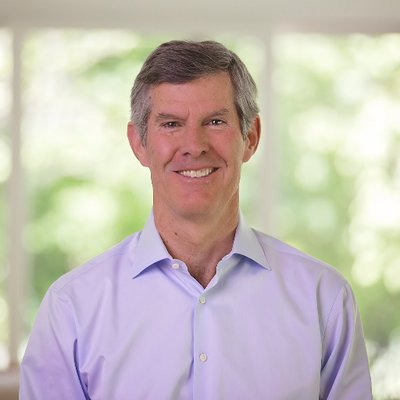 Are Iowa Democrats more likely to support a successful businessman who is not a politician? Are they sympathetic to the argument that a self-funding candidate for governor is less susceptible to influence by special interests? Are they more impressed by private- or public-sector jobs Fred Hubbell has held, or by his charitable giving to causes like Planned Parenthood?

A recent survey of Democratic voters appears to be the Hubbell campaign's first attempt to answer those and other questions.

The seven Democrats currently running for governor largely agree with one another on key policies like investing more in education and restoring collective bargaining rights, as shown by their speeches to last month's Iowa Democratic Party Hall of Fame event.

Without major ideological differences among the candidates, distinguishing oneself from the pack before next year's primary may be challenging. Several Bleeding Heartland readers shared their notes and observations on a telephone poll that was in the field last week, which sheds some light on how Hubbell and his strategists are approaching the race. I can't currently confirm which firm conducted the survey, but all of the descriptions pointed to a standard message-testing poll.

Baseline questions near the beginning included how likely are you to attend a caucus in 2018, and how likely are you to vote in the 2018 primary. The Iowa Democratic Party's precinct caucuses on February 5 will elect county convention delegates, and county conventions in March will elect district and state convention delegates. That process could become important, because if no candidate for governor receives at least 35 percent of the vote in the June 5 primary, delegates to the Democratic state convention will select a gubernatorial nominee on June 16.

Respondents were also asked whether they had voted in past Iowa Democratic or Republican primaries and general elections, and which presidential candidate they had supported in the 2016 caucuses.

Another set of questions asked whether respondents saw themselves as liberal, conservative, or progressive, with qualifiers "very" or "somewhat" if they chose any of those labels.

Respondents were asked about the economic situation of their region: is it good for everyone, good only for people at the top, or not good?

Respondents were also asked whether they had a favorable or unfavorable opinion of collective bargaining, Younkers (a department store chain with a long history in Iowa), and Planned Parenthood.

Next, respondents were asked which candidate for governor would have their vote, if the election were today.

The next set of questions made clear that the survey was an internal poll for Hubbell. Several questions touched on aspects of Hubbell's career, which he has mentioned in early stump speeches. The poll did not test any messages (positive or negative) about other candidates for governor. I wasn't able to listen to a recording, so these summaries are paraphrases, not exact question wording.

How important are various skills or experiences in determining your vote? (very, somewhat, neutral, somewhat unimportant)

• successful businessman and proven job creator, who is not a politician

• has worked with the Department of Economic Development, and understands government

• will entirely self-fund, so as to be less influenced by special interests

Multiple sources confirmed there was a question about self-funding, which surprised me, since Hubbell's campaign has already announced that he received $1 million in donations from an unknown number of contributors.

Respondents heard other accomplishments and were asked whether each factor would make them more or less likely to have a favorable opinion of Hubbell. Options included:

• running the Department of Economic Development

• donating to establish a Planned Parenthood clinic in Dubuque

• is a fifth-generation Iowan

As is typical for message-testing polls, the ballot test was then repeated: knowing all this, how would you vote for governor if the election were today?

The next part of the survey focused on issues. Some questions asked respondents to pick a top priority among two or more options. Others asked respondents to rank which issues should be the next governor's first, second and third priorities. This list covers most of the topics mentioned, though it may not be complete:

• something about the Iowa Farm Bureau

The survey wrapped up with demographic questions (such as age, last level of education completed, and employment status), which pollsters include to help them analyze the data.

On a couple of recent Facebook threads, a few Democrats criticized this poll and the general practice of message-testing. I expect most of the gubernatorial contenders to commission some internal polling between now and next spring. Nothing I heard from any respondent suggests to me that Hubbell is using this poll to figure our where he should stand on public policy. The goal appears to be to figure out which aspects of his background and which ways of presenting the issues will resonate with likely primary voters.

Any comments about the governor's race are welcome in this thread. For what it's worth, I would advise Hubbell against using the "job creator" frame when talking about his work in business and state government. Although he can claim to have created many jobs, that phrase has been tainted by Republican politicians who use the description to justify tax cuts for the wealthy.