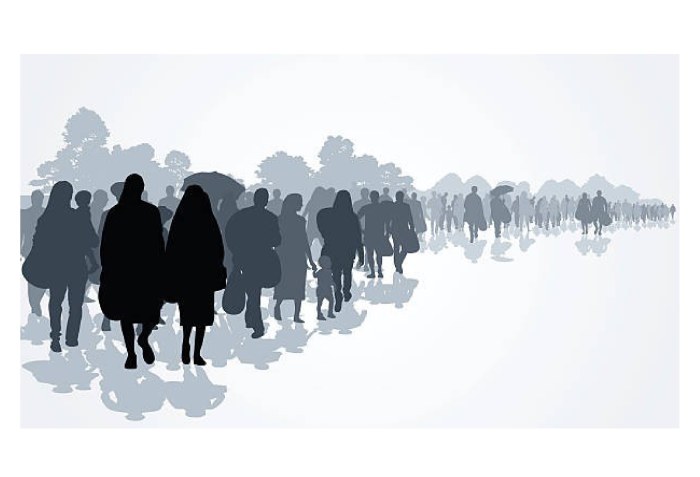 An army of misery forced to decamp with UnitedHealthcare's departure

The “he said/she said” controversy between an insurance company CEO and Iowa's governor about why UnitedHealthcare decided to leave the state's Medicaid program might make entertaining copy, but it doesn't address who is going to manage the care of 420,000 Iowans left in the lurch.

Nor does it address whether the remaining company (Amerigroup) is adequately prepared to handle more members, and whether a new player poised to enter our state's Medicaid market (Iowa Total Care) has the expertise to handle special populations in Iowa such as the elderly, disabled, and very ill.

It also doesn't consider whether the state's traditional fee-for-service Medicaid offering has the financial wherewithal to shoulder an even larger share of the enrollment and cost. Fee-for-service was held over from the old state-run program when most of the Medicaid program was privatized in 2016. The fee-for-service program pays the claims of Iowa's sickest and most frail Medicaid members, which the for-profit managed care organizations (MCOs) don't want or can't handle.

The Iowa Deparment of Human Services (DHS) did not respond to a request for comment on these issues.

UNITEDHEALTHCARE'S MEDICAID POPULATION BY THE NUMBERS

Based on reports published at the DHS website, UnitedHealthcare had 418,511 members in Iowa at the end of March 2019. Although the DHS does not publish the figure, other available reporting indicates that UnitedHealthcare is responsible for the medical care of nearly 237,000 Iowa children and some 180,000 adults. More than 325,000 (75 percent) of UnitedHealthcare's members live in one of Iowa's 39 urbanized counties. Half of the MCO's enrollees live in the 24 counties with the highest percentage of their populations enrolled in Medicaid.

WHAT HAPPENS TO THE FRAIL, DISABLED, AND MENTALLY ILL?

When AmeriHealth Caritas Inc. left Iowa's Medicaid program at the end of November 2017, about 10,000 members transitioned to the fee-for-service bucket because Amerigroup was unable to immediately handle the influx. About 10,000 members eventually moved to Amerigroup on March 31, 2018, but it isn't clear whether that movement involved the same people.

The Medicaid open enrollment period for the coming fiscal year began on March 1. Existing Medicaid members have the option of changing plans for any reason. DHS officials did not respond to an inquiry about how many people have already changed their MCO for the coming year. DHS also refused to say how many Medicaid members changed their enrollment to UnitedHealthcare and will now have to change again.

But when members have a choice to change MCOs, two-thirds of the 5,300 members who switched last fiscal year chose to leave Amerigroup, according the the DHS website. The disenrollments include members exercising their choice within the first 90 days as well as those who decide to move for “good cause” reasons. Members can claim “good cause” exemption when they experience not enough providers in the network, poor continuity of care, or poor quality care.

UnitedHealthcare picked up three quarters of the 38,000 Medicaid enrollees in the Long Term Support Services (LTSS) categories. Those members were forced to change plans when AmeriHealth Caritas pulled out of Iowa. LTSS provides assistance to Medicaid enrollees that allows them to live in residential situations as opposed to institutionalized care. Most of those enrollees are also part of the state's Home and Community Services waiver program, which covers the intellectually disabled, frail elderly, brain-injured, physically disabled, AIDs patients, and children's mental health members.

IT'S ABOUT THE MONEY

The sudden departure of UnitedHealthcare seems to stem partly from how members were to be reassigned to MCOs beginning this July, and partly from how the MCOs will be paid to care for these members.

Medicaid director Michael Randol told the Medicaid Assistance Advisory Council in March 2018 that once Iowa Total Care comes online, an “algorithm-based methodology will be developed for distributing membership equitably across the MCOs." DHS refused Bleeding Heartland's request for comment about whether the algorithm is ready, how it would work, and whether it needs to be revised now that UnitedHealthcare has decided to leave the Iowa program.

But that approach was apparently one of the straws that broke UnitedHealthcare's back, according to the company's March 29 termination letter to DHS director Jerry Foxhoven.

We have engaged in extensive discussions with your office over the last several months to address the program’s funding level and methodology to ensure the viability of the Medicaid program. During those discussions, UnitedHealthcare learned about the State’s significant member redistribution decision, leaving those of us who have cared for Iowans most in need of health care services with materially inadequate funding. UnitedHealthcare repeatedly expressed concern over the State’s rate development process, as well as the State’s failure to follow-through with prior commitments to us to manage the overall sustainability of the program.

The DHS webpage on "Frequently Asked Questions" about UnitedHealthcare's departure states, "UnitedHealthcare will withdraw from the IA Health Link program no sooner than June 30, 2019. We are stil working out the details including the timeline of the transition for UnitedHealthcare members. [...] You can choose Amerigroup or Iowa Total Care by June 18, 2019 for coverage effective July 1, 2019. Members can change MCOs for any reason through September 30, 2019."

Editor's note: Iowans affected by UnitedHealthcare's departure, either as Medicaid enrollees or as health care providers, should be aware of important sections from the state's contract with the MCO, which State Auditor Rob Sand highlighted earlier this month.