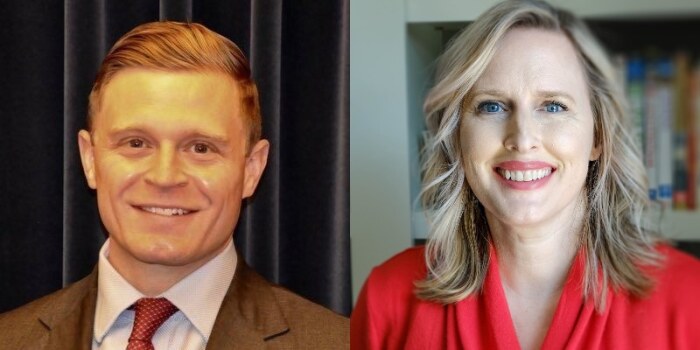 Republicans nominated Iowa Department of Management Director Michael Bousselot this weekend to be their candidate in the September 14 special election to represent Iowa House district 37. Bousselot received about 75 percent of the vote on the first ballot; one of his two rivals for the nomination withdrew his candidacy before convention delegates voted.

Bousselot did not respond to phone or email messages on August 13 asking whether he would take a leave of absence from his day job, assuming he won the GOP nomination for the special election. But he and Democratic candidate Andrea Phillips are clearly ready to devote substantial time and energy to the abbreviated campaign.

House district 37 was among the most expensive state legislative races in 2020; Democrats spent nearly $800,000 on behalf of Phillips, while Republicans spent about $575,000 defending State Representative John Landon, who passed away in late July.

House district 37 covers part of Ankeny (a suburb to the north of Des Moines) and other areas in northern Polk County. 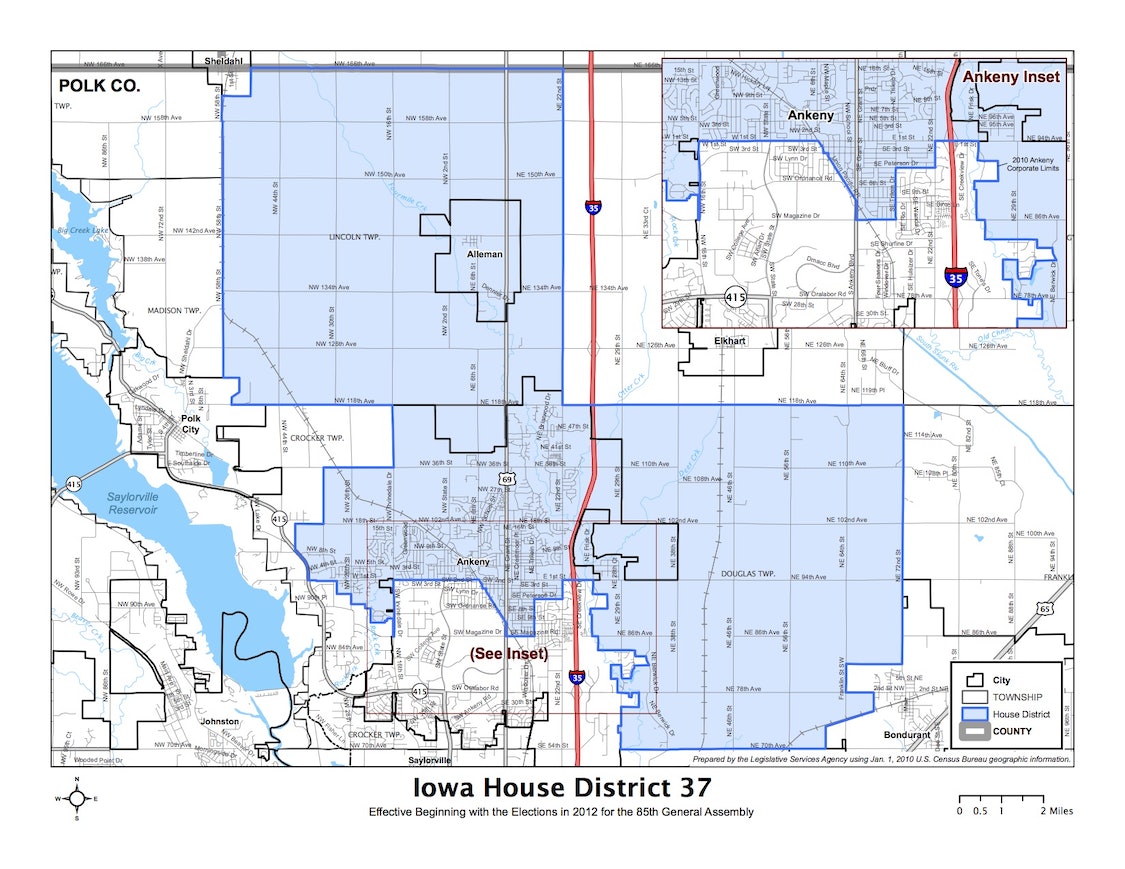 This district's current population greatly exceeds that of most Iowa House districts, due to explosive growth in Ankeny over the past decade. According to the latest figures from the Iowa Secretary of State's office, 29,969 active registered voters live in House district 37. Only House district 44 on the west side of the Des Moines metro area has a larger electorate.

The 10,899 active registered Republicans outnumber the 9,358 Democrats in House district 37, and 9,422 voters are affiliated with neither party. Although the vast majority of those who cast ballots on September 14 will likely be Republicans or Democrats, both candidates will attempt to reach no-party voters as well.

Recent voting behavior favors the GOP, though Democrats have increased their vote share here, as in many other affluent suburbs. According to the Daily Kos Elections spreadsheet showing statewide vote by Iowa legislative district, Donald Trump outpolled Hillary Clinton in House district 37 by 50.5 percent to 42.1 percent in 2016 (close to his statewide margin of victory). Trump won Iowa in 2020 by nearly the same margin, but barely won the House district 37 precincts with 50.1 percent of the vote to 48.0 percent for Joe Biden.

Many entrenched incumbents outperform the top of their party's ticket, and so it was for five-term State Representative Landon. He defeated Philips last November by 53.1 percent to 46.7 percent. That was better than Trump managed in the same precincts, but not as impressive as Landon's 2016 victory over Phillips by 57.3 percent to 42.5 percent. (Neither party targeted the 2016 race.)

For those who want to take a closer look, I created a chart showing precinct-level voting for president and state House in 2020.

Bousselot's Facebook page doesn't yet include a bio. The Republican Party of Iowa posted a short summary of his career.

Mike Bousselot currently serves as Director of Iowa’s Department of Management in Governor Kim Reynolds’ administration. Bousselot previously served as chief of staff, legal counsel, and as a policy advisor in the Branstad – Reynolds administration. A Davenport native, Bousselot lives in Ankeny with his wife Holly.

He graduated from the University of Iowa with undergraduate and graduate degrees in accounting and with a law degree from Drake University Law School.

After leaving state government in 2017, shortly after Kim Reynolds became governor, Bousselot worked briefly as managing director with Bruce Rastetter’s company Summit Agricultural Group. He then worked for a captive insurance company in the Des Moines suburbs and was affiliated with the Faegre Drinker law firm in December 2020, according to his LinkedIn profile. Reynolds named Bousselot to lead the Department of Management in February; the position is essentially the state's budget director.

Why would someone with a powerful state government position try to become one of 100 state House members, not knowing whether this district will remain favorable to Republicans on Iowa's next political map? I'll ask Bousselot if he returns my call. It's worth noting that he was not confirmed by the Iowa Senate during the 2021 session. While he has a chance receive the 34 votes he needs to be confirmed next year, he may not want to gamble on that. If Bousselot can win this special election and defend the seat in 2022, he could potentially serve in the legislature for a long time.

UPDATE: Bousselot told the Des Moines Register's Stephen Gruber-Miller that "he is resigning as Department of Management director on Friday [August 20] to focus on running for the House seat."

The August 6 news release announcing Phillips' campaign for the special election described her as "a working mother with two kids in the Ankeny Community School District."

She and her family moved to Iowa over a decade ago after working as a business executive and helping American companies export and sell their goods in China.

"We moved here over a decade ago to raise our family in Iowa because of its great schools and good quality of life," said Phillips. "I know that people in Ankeny agree on a lot of issues, like great schools, good-paying jobs, and access to affordable healthcare. Unfortunately, the politicians at the Statehouse aren't working to find common ground, they're passing extreme bills taht don't address the challenges families in our community are facing today. I actually went back to school this spring because I knew I wanted to do something about the polarization and animosity between the left and the right that I saw in our country and in my community. I will work to bring common sense and bipartisanship back to the Iowa House."

As a business executive, Phillips worked in marketing and market research for a variety of multinational companies. She also served on the Board of Governors of the American Chamber of Commerce in Shanghai, China. She is currently working on completing a Master of Arts in Government at Johns Hopkins University.

Future Bleeding Heartland posts will focus on the messaging used by both candidates and parties. Republicans have signaled they will take the low road, recycling false claims in attack ads from 2020, which focused on Phillips' past work with the American Chamber of Commerce in Shanghai. (As governor and later as U.S. ambassador, Terry Branstad promoted U.S. trade with China for decades.)

Some supporters of Phillips have highlighted Bousselot's role in privatizing Iowa's Medicaid program. As a senior staffer in Branstad's office, he worked closely on the plan with the Iowa Department of Human Services, which paid a portion of his salary and benefits.

Ankeny probably has fewer Medicaid recipients per capita than most Iowa House districts, so although privatization has been a disaster for many Iowa families, it's not clear how much that issue will resonate with those likely to vote on September 14.

Final note: Iowans planning to vote by mail must submit an absentee ballot request form to the Polk County auditor's office by August 30. The auditor can mail ballots only from August 25 to 30, and completed absentee ballot must be returned to the auditor by 8:00 pm on September 14.

For reasons Bleeding Heartland discussed here, I would caution Democrats against encouraging supporters to vote by mail. Due to recent Republican changes to state election law, mailed ballots may arrive too late to be counted.